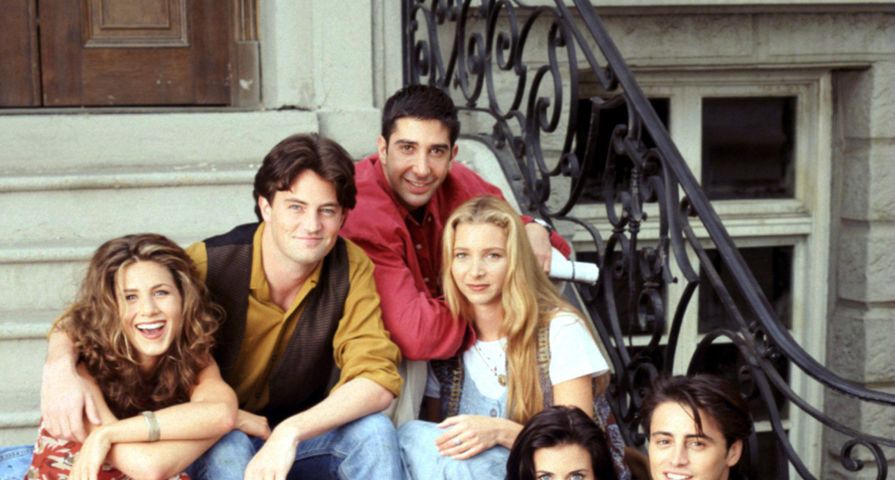 The cast of Friends could receive a big paycheck each if they sign on to the possible HBO Max Friends reunion special.

On Thursday, February 6, several outlets reported that the six main stars of the iconic NBC sitcom – Jennifer Aniston, Courteney Cox, Lisa Kudrow, David Schwimmer, Matt LeBlanc and Matthew Perry – are in talks for what could be an hour-long, unscripted reunion special.

HBO Max, which is scheduled to debut in May, will serve as the new home of the entire Friends catalog after it left Netflix at the end of last year.

According to Deadline, the former Friends cast could be offered anywhere between $3 million to $4 million for the reunion special. At the same time, another source shared with the Wall Street Journal it could be closer to the $2.5 million range.

The news of their potential paycheck comes the same day Perry created an Instagram account, becoming the very last member of Friends to join the social media platform.

Perry, who portrayed Chandler Bing on the series, announced after he tweeted a cryptic message that “big news [was] coming,” which caused fans to freak out and suspect that he was talking about the rumored reunion.

A source revealed to PEOPLE last November that the cast members were in talks for a potential reunion show, but that the circumstances had to be right.

“It really depends on how things shake out,” the source told the outlet at the time. “It has to be the right treatment and the right timing.”

In January, Friends co-creator Marta Kauffman revealed to reporters at the Producers Guild Awards that the special would likely be an unscripted retrospective and not a reboot that sees the former cast reprise their iconic roles.

“If it was the right thing, if it were the six of them together reflecting, talking about their experiences and the episodes, then I’m totally behind it,” Kauffman explained at the time. “Nothing scripted; we will not do anything scripted.”

HBO Max Chief Content Officer Kevin Reilly stated in January that the Friends reunion special hadn’t been given the green light yet, as they are working to ensure everyone is in agreement.

“There’s interest all the way around, and yet we can’t get interest all aligned to push the button on it,” he said at the time. “Today, unfortunately, it’s still a maybe.”