Dr. Drew Slammed For Comments Made About Jenelle Evans During Teen Mom 2 Reunion 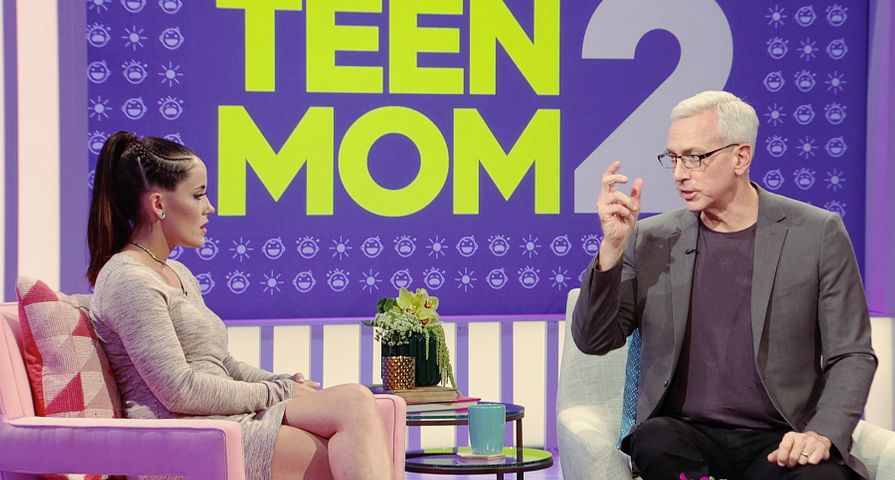 Fans of Teen Mom OG and Teen Mom 2 are well aware that over the years, reunion show host Dr. Drew has had no issues voicing his opinion on some of the franchises’ different stars, and his latest comments that are being criticized were about Teen Mom 2 star Jenelle Evans.

On Monday, November 13, part one of Teen Mom 2‘s reunion show for season eight aired on MTV and some specific words from Dr. Drew when he was chatting with Evans’ mother Barbara caused major backlash.

After sitting down with Jenelle, Dr. Drew had to speak with Barbara Evans separately because the two women are no longer on speaking terms and as Barbara explained, Jenelle would not share the stage with her. Barbara then discussed her concerns about Jenelle’s husband David Eason, and told Dr. Drew that while Jenelle has always been in toxic relationships, Barbara thinks that David “is the most controlling,” out of all of Jenelle’s boyfriends.

In response, Dr. Drew stated, “To be fair to David, Jenelle needs containment, right? That’s been one of her problems. She couldn’t be contained.” Barbara added, “They’re like two peas in a pod.”

It didn’t take long for angry fans to start attacking Dr. Drew about his statement that Jenelle needs to be “contained.” One viewer wrote, “Dr. Drew is so bogus it’s sickening. You don’t refer to abuse & controlling behavior as a good way to contain a woman. You’re supposed to be a professional. Act like one.” Another wrote, “Dr. Drew saying she needs someone ‘to contain her’ is just twisted. She’s not a zoo animal.”

Viewers aren’t the only ones who were rubbed the wrong by Dr. Drew however. During the reunion show, David convinced Jenelle to leave after he told her she had a “history of being attracted to aggressive men.” Backstage David said, “He’s trying to make her upset and it’s pissing me off. I’m leaving,” and told Jenelle she could go or stay but either way he was leaving, and she chose to go with him. On their way Jenelle told producer Larry Musnik. ““I cannot mentally do this anymore. And you can hear that from my therapist.”