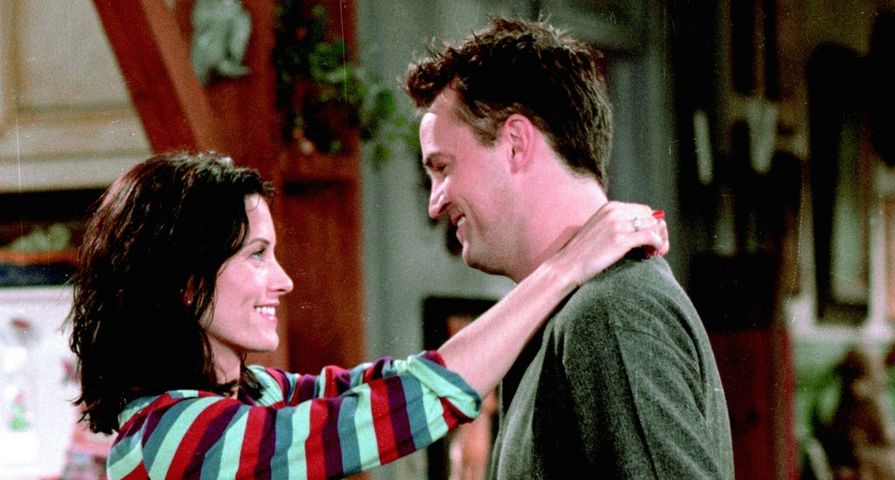 On Thursday, November 7, Courteney Cox posted to Instagram a selfie of herself and her former Friends costar Matthew Perry.

Friends fans were ecstatic to see a reunion between the two after Cox and Perry portrayed iconic couple Monica Gellar and Chandler Bing on the TV hit sitcom Friends. Their characters fell in love and got married near the end of the series, and their plotline came to an end with the two moving out of their New York City apartments to raise their adopted twin children.

“Guess who I had lunch with today….I KNOW!! Could I BE any happier? #realfriends,” Cox captioned the selfie and even added the catchphrases of the two characters.

Perry has taken a step back from the public due to some health and addiction issues. In August 2018, the star suffered a gastrointestinal perforation, which left him bedridden for three months.

“And now we’re Instagram FRIENDS too. HI INSTAGRAM 👋🏻,” Aniston wrote on her post, the photo was taken when the whole cast reunited for the first time in years.

Last month, Aniston visited Ellen DeGeneres’ show and teased to fans that “something is in the works” that will involve the Friends cast, but confirmed that it wasn’t going to be a reboot of the show.

“Like a reboot? No,” Aniston answered. “Listen, we would love for there to be something, but we don’t know what that something is. So we’re just trying. We’re working on something.”

While fans continue to hold their breath about the secret project, they can continue to enjoy all the Friends cast selfies and group photos that are being posted on Instagram!

Guess who I had lunch with today….I KNOW!! Could I BE any happier? #realfriends