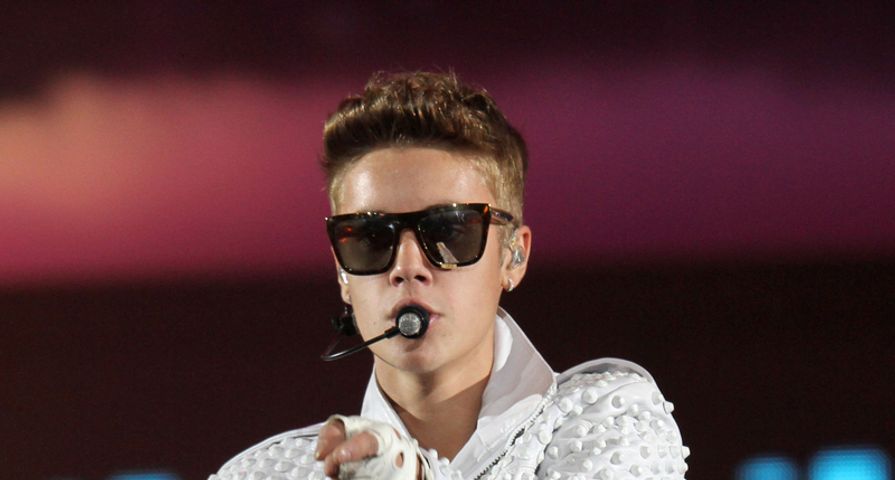 Did you think Justin Bieber’s antics in 2014 might have a negative effect on his career momentum? Sorry, folks. There’s no such thing as bad publicity. The Beliebers came out in droves for the wedding of Kim Kardashian and Kanye West, just to get a glimpse of the pop star in a van.

There were many celebrity seekers who showed up to the wedding site of Kim and Kanye, just hoping to snap a shot, or touch the garment of one of their favorite idols. There may have even been a crowd of fellas between the ages of 40-60, hoping to woo the newlyish single, Kris Kardashian-Jenner. That’s just the way it goes.

Still, no fans compared to the madness of the Beliebers.

Who knew that so many boys were into Justin Bieber? Young fellas actually try very hard to look like him. Sure, people have always gravitated toward the gaudy and awful style of many celebrities in the music industry, but these poor foreign kids… do they not know any better?

Then again, maybe these guys are the smartest in the room. (There’s not really a room, it’s just a saying.) These young bucks know that if they even look a little bit like Justin Bieber, it’s going to increase their chances for a little butter churning session with a member of the fairer sex.

From the female perspective, what would better suggest a desire to be a wild success than to say, “I slept with a guy, and he looked just like Justin Bieber.”  Could anything in life top that?

Yes, yes. You’re saying to yourself: “This writer is absurd.” But before you do… check out the video below!