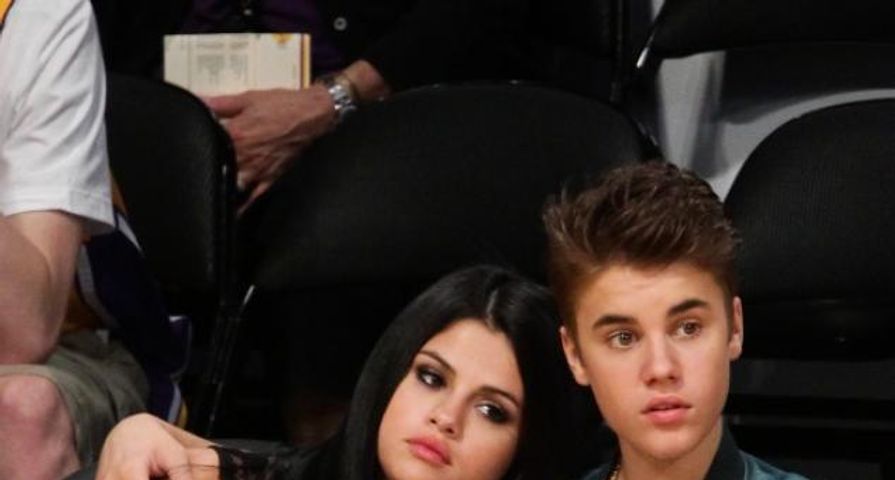 Justin Bieber and Selena Gomez had one of the most tempestuous relationships in young Hollywood. One minute they were on and totally in love and the next they were done. It’s almost impossible to keep track of how many times they broke up and reconciled because it happened so frequently. Since these two seem to be on the brink of getting back together, check out 10 things you didn’t know about their rocky romance.

When Selena went onto David Letterman’s show in 2011, she told him that she met Justin back in 2009 when his manager reached out to her manager (her mom) and that’s when they became friends. Even though they became more than friends sometime in 2010, they continued to pretend that things were platonic until they were caught sharing a New Year’s Eve kiss on a boat in 2010.

The 18-year-old actress turned singer and the 16-year-old singer made their red carpet debut as a couple at the Vanity Fair Oscar party in 2011. She wore a red, floor-length Dolce & Gabana gown and he wore a black Dolce & Gabana suit with a red hanky in his pocket that complemented his better half’s dress. The couple held hands and stayed close together throughout the entire evening.

Photo by Broadimage / Rex Features
Things You Might Not Know About Harry Connick Jr. And Jill Goodacre's Relationship

When they began dating, the Wizards of Waverly star wore a purity ring that her father bought for her. He even got it blessed at their church! While she initially planned to keep her promise to wait until marriage for sex, as she got older and started dating the “Baby” singer, she realized that she no longer wanted to wait, so she took it off. “I didn’t think I was doing anything bad by falling in love,” she told The Sunday Times in 2015. “There’s such an emphasis on people being the perfect thing and then destroying them because it’s good press. Also throw in the fact that you are a teenager – it makes it more difficult.”

In 2011, a Bieber fan by the name of Mariah Yeater came forward claiming that she had a seedy liaison with the singer backstage at one of his concerts. When she went public with the allegations, he had to submit a DNA test to prove that he wasn’t the father. He denied the claims, going so far as to claim that he never even met the woman. She ended up withdrawing her case, but the accusations reportedly still had a negative impact on his relationship with Gomez. Around that same time period that Yeater came forward with her accusations, he was also spotted sneaking out of a model’s hotel suite.

After dating for about a year and a half, reports came out in July 2012 that the young couple had been breaking up and getting back together on a regular basis for the past few months. In June of that same year, he was late to a Fuse TV taping because he and Selena had been fighting and she ended up crying about her relationship with Justin at Ashley Tisdale’s birthday party in July. Even though they were still not completely broken up at this point, things were rumored to be quite tenuous between the two young lovers as they tried to figure things out.

Before his split with Selena, Justin was reportedly ogling supermodels at the 2012 Victoria’s Secret Fashion, which he performed at. The models didn’t mind. They were allegedly fawning over him, claiming to have “Bieber Fever.” One of the models that caught his eye that night was Barbara Palvin, who he ended up hooking up with in 2013 and 2014. He wasn’t shy around the other models either. He was reportedly flirting with them and asking for their phone numbers. Just a few days later, he was spotted with Selena again, leaving Wolfgang’s Steakhouse hand-in-hand.

4. Breaking Up and Making Up

In November of 2012, it was confirmed that Justin and Selena had broken up for good. She was the one who ended it because she no longer trusted him. He was reportedly texting other girls constantly and she even heard other girls’ voices when she would phone him. The couple tried to reconcile with a trip to Puerta Vallarta, Mexico, during the holiday season in 2012, but Selena cut the trip short and flew home after a few days when they had yet another huge fight and she refused to forgive him.

The Barney & Friends actress and the “Sorry” singer were reported to have reconciled in April 2013. He was reportedly the one who had been pursuing her and she finally gave in. They were spotted holding hands and kissing in Oslo, Norway when Bieber was performing there. They were also spotted getting cozy in May 2013 at Cirque du Soleil’s Love show and they were seated together at the Billboard Music Awards and spotted kissing there as well. The reconciliation doesn’t last though. They broke up again soon after.

Taylor Swift is a good friend of Selena’s and she was never a fan of the singer’s relationship with Justin. She thought that her friend could do better. When Selena and Justin got back together briefly in 2014, Taylor reportedly began distancing herself from her friend because she was so disgusted by her on-again-off-again relationship with the Canadian singer.

“The Heart Wants What It Wants” singer outted the “Boyfriend” singer on Instagram for cheating on her throughout their relationship in August 2016 but, in the past, he has also admitted that he wasn’t a loyal boyfriend. “It’s like trust and all this other stuff that starts messing with your mind. You’re on the road. And there are beautiful women on the road. And you’re just getting yourself into trouble,” he told ID Magazine in 2015. During their Instagram war, Bieber also accused Gomez of cheating on him with Zayn Malik, which she neither confirmed nor denied.