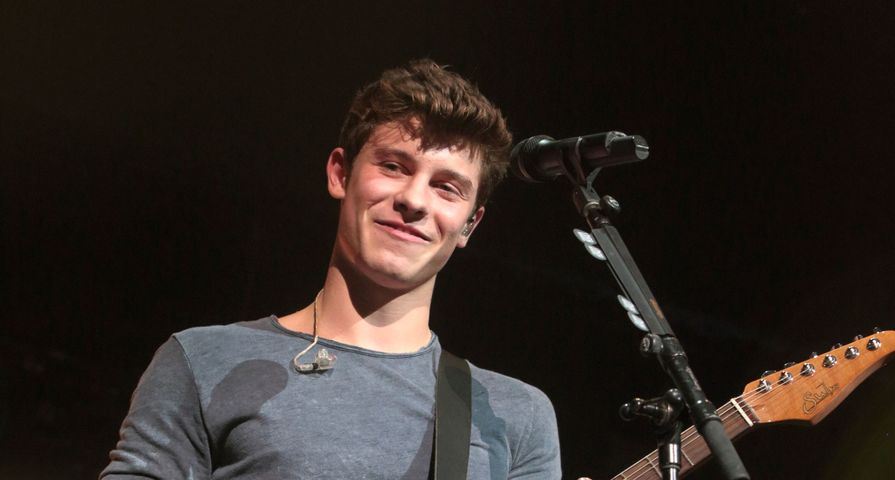 The rise and dominance of social media has made it more and more likely for regular people to be skyrocketed into fame. From “Instagram models” to YouTube and Vine stars, quite a few have found success from putting their talents online, but only a select few have reached Hollywood levels of fame. It is hard to believe that these tour headlining, award-winning singers and musicians once were simply regular people recording songs in their bedroom, and now they are selling out stadiums! Check out 10 popular singers who were discovered through social media:

The popular boy band 5 Seconds of Summer now has millions of fans worldwide and a debut studio album that reached #1 in 11 countries, and it all started on YouTube. In 2011, Luke Hemmings, Michael Clifford, and Calum Hood began posting their covers of songs on Hemmings’ YouTube channel. Their songs quickly gained attention from fans and music labels alike leading to a publishing deal with Sony ATV Music Publishing. Things only got bigger for the group, which by then was joined by drummer Ashton Irwin, when One Direction’s Louis Tomlinson tweeted about the group with a link to their YouTube video of “Gotta Get Out.”

Grammy-winning singer Colbie Caillat became an internet sensation in the days of MySpace which she used to catapult her career. After being rejected for American Idol twice, she continued putting her YouTube videos on her MySpace page and her popularity grew until she became the number-one unsigned artist in her genre. Eventually she was signed to Universal and in 2007 finally released her debut album Coco and has now sold over 6 million albums worldwide, and in 2009 was one of the top 100 best-selling music artist of the 2000s.

At 20 years old, Cody Simpson is not only a popular singer/songwriter but he also owns his own record label called Coast House Records. What makes this impressive is that his entire career started off of YouTube. In 2009, at the age of 12, Simpson began recording his own cover songs on YouTube and it didn’t take long before his popularity grew and he was discovered by Shawn Campbell from Atlantic Records. He now has three albums, three headlining tours, and has even branched into an acting career!

In 2010, Abel Makkonen Tsfaye put up a few songs on YouTube under the name The Weeknd, and he had no idea how much his life was about to change. He posted everything under the name “xoxxxoooxo” and it didn’t take long for his songs to gain traction online, as he earned a very impressive following which was helped along by Drake. By 2011 he released a nine-track mixtape, and his career skyrocketed with tours and more mixtapes. In 2012, he finally signed with Republic Records, and his career has only continued getting bigger since.

At 14 years old, Tori Kelly began posting videos of herself singing on YouTube, and at 16 she auditioned for American Idol but was eliminated before reaching the Top 24 contestants. Like Colbie Caillat, Kelly did not let the rejection get her down, and she continued her YouTube career and eventually released her own EP. Eventually, none other than Scooter Braun saw her videos and quickly became her manager and in 2012 she signed with Capitol Records. Now, she has collaborated with a few major artists, has had her own hits and even performed at the Grammys!

Unlike some of the others, Carly Rae Jepsen had quite a bit of success before YouTube helped solidify her way to the top of the charts. She competed in the fifth season of Canadian Idol where she placed third, and went on the Canadian Idol Top 3 tour after which she signed a management deal and independent record deal. Despite all of this, she did not reach mainstream success until she released the song “Call Me Maybe” which Justin Bieber made unbelievably popular after he tweeted about the song and put a video on YouTube of himself and Selena Gomez lip-syncing to the song. Right away, Bieber’s manager Scooter Braun signed Jepsen to a huge record deal, which launched “Call Me Maybe” to the top of the charts in 18 countries.

Charlie Puth was yet another young singer who knew the impact YouTube could have for his career, and in 2009 he launched his own channel where he posted comedy videos and his own acoustic covers. His incredible voice quickly earned viral attention to his videos, and in 2011 he won an online video competition when he took on Adele’s “Someone Like You.” He soon appeared on The Ellen DeGeneres Show and continued releasing his own music until he signed with Atlantic in early 2015. Now, Puth has achieved enormous success, especially after writing and co-producing the the song “See You Again” which was used on the Furious 7 soundtrack as a tribute to Paul Walker.

At only 13 years old Alessia Cara began posting beautiful acoustic covers of songs on her own YouTube channel. Her talent did not go unnoticed and many of her videos gained a lot of attention until the founder of EP Entertainment was shown one of her videos from his daughter. In her senior year of high school he gave her the opportunity to record her demos and was signed to EP Entertainment’s Def Jam Records. In 2016 she won the Breakthrough Artist of the Year Awards, and went on to be one of the supporting acts for Coldplay’s European and North American legs of their tour.

Of course, one of the very first stars to reach enormous success after videos of him singing were posted on YouTube was Justin Bieber. After growing up playing the drums, piano, guitar, trumpet, and singing, Bieber showed off his singing skills at a competition in his home town of Stratford when he was only 12 years old. Although he placed second, the video of him singing Ne-Yo’s “So Sick” was uploaded by his mother and Bieber quickly gained attention. As fate would have it, Scoot Braun accidentally clicked on the “So Sick” video and showed it to Usher. At 13 years old Bieber travelled to Georgia to record his demo tapes, and as fans know, the rest is history.

Shawn Mendes is yet another young Canadian star whose career is now quickly climbing thanks to posting his own videos online. In 2013, Mendes shared his cover videos on Vine, and over the course of a few months his videos went absolutely viral. By 2014 he had entered and won many cover competitions and had become the third most-followed musician on Vine where he was eventually discovered by manager Andrew Gertler. In mid-2014, Mendes signed with Island Records thanks to Gertler, and quickly went on tour with YouTube star Austin Mahone, and in 2015 opened for Taylor Swift on the North American leg of her 1989 tour.