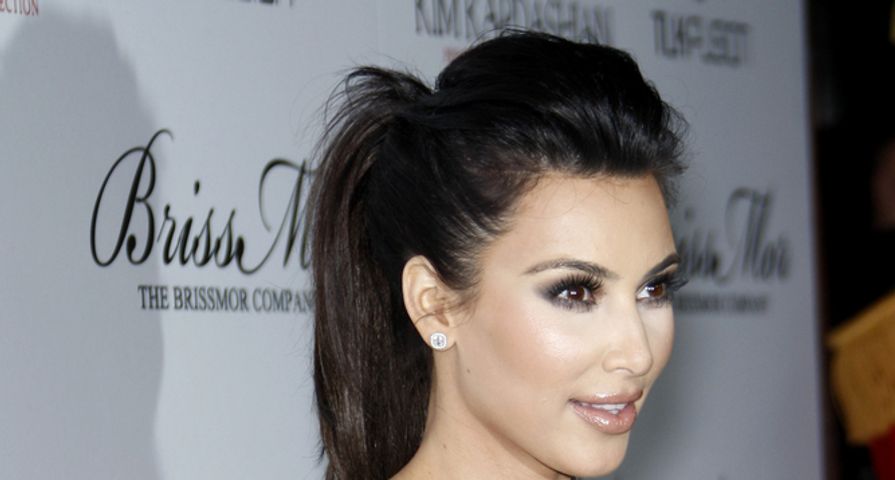 It seems that everyone loves Kim Kardashian and Kanye West–or maybe everyone is starting to hate them less? The couple garnered a collective eye roll from humanity when they announced their relationship, and they even dropped some jaws when they announced Kim’s pregnancy over a year ago. Now they’re the power couple who has earned the spread of April’s Vogue, and we’ve got the behind the scenes video to prove it.

Dare we say that Kim and Kanye have been good for one another? One thing is for certain, baby North has been a blessing to both parents. There’s definitely something different about mom and dad since North has come into the world, and not to sound incredibly insulting, but there has been a lot less idiocy from the mouth of Kanye since the baby arrived.

Since becoming a momma, Kim has taken the high road at every opportunity–anytime someone has made a snarky remark, or mocked her… high road. Well, the high road-ish. Maybe we’ve been clued in on what the Vogue spread will entail?

And speaking of baby North, you’ll get to see the cute little gal in the spread with momma and poppa. North is nine months old, but will appear in the April issue sporting nothing but her birthday suit. Perhaps it’s because Kim and Kanye have decided they’re not going to buy designer baby clothes for their tot, and Vogue didn’t feel the Kardashian line from SEARS was up to snuff. Who knows?

Enjoy the sneak peek of the photo spread in the video below.