Dale Moss confirmed on Tuesday, January 29th that he and Bachelorette star Clare Crawley have officially decided to part ways.

“I wanted [to] share with you all that Clare and I have decided to go our separate ways,” Moss wrote in a statement via his Instagram Story. “We appreciate the love and support we’ve received from so many people, but this is the healthiest decision for both of us at this time.”

He continued, “We strongly believe in leading with love and always remaining true to oneself — something our families have taught and instilled in us throughout our lives. We only hope the best things for one another.”

He ended the message with a final note, “Please respect our privacy as we work through this together.”

Crawley and Moss met on Clare’s recent season of The Bachelorette. Clare opted to leave the show early to pursue a relationship with Moss, but speculation began of a breakup when Moss posted photos of himself in New York City.

At the time, inside sources shared that “Dale and Clare are technically still together but there are serious issues they are working through,” adding that the pair are “in communication but on a break.”

Crawley and Moss were last spotted together on a trip to La Jolla, California, on January 9, 2020. “Let’s never leave,” the former Bachelorette star captioned a photo of her and Moss on the beach. 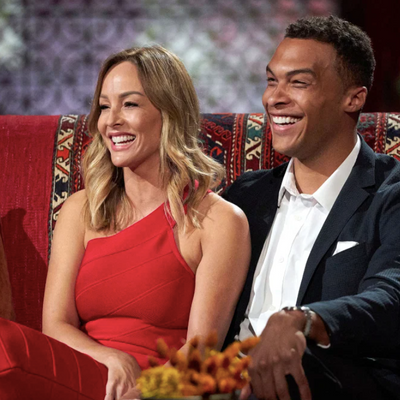