Bachelorette Tayshia Adams’s journey to find love is well on its way for season 16! With the finale just around the corner, Reality Steve has shared a few major clues and predictions as to who ends up as Tayshia’s final two and winner.

This week The Bachelorette has planned a double night feature. Last night’s episode showed quite a few eliminations as Tayshia said goodbye to Blake, Riley, Noah, and Bennett leading into tonight’s hometown dates.

Tayshia’s group of men is now narrowed down to her final four: Ben Smith, Ivan Hall, Zac Clark, and Brendan Morais. If you just can’t wait to find what happens this season on The Bachelorette, follow along as we breakdown tonight’s episode as well as the ultimate spoiler of who is predicted to win Tayshia’s season.

According to Reality Steve, tonight’s episode will begin with Brendan’s hometown date. His niece Aliyah will join them and they are later joined by his brother Dan and sister-in-law Christi.

The second hometown date is Zac. The date is a New York city theme where they hail taxis and have dinner together. Zac’s parents and brother join them in the evening.

The third date is with Ivan which begins with his niece teaching them how to cook a Filipino dish. His parents join them and Ivan expresses how disappointed he is that his brother Gabriel is not able to be there. Gabriel surprises the group and shows up halfway through the evening.

The last hometown date is with Ben and it is a Venice Beach-themed date. They are joined by Ben’s sister Madalyn and Antonia Lofaso from the Food Network.

Reality Steve shares that after hometown dates it is, unfortunately, Ben who is sent home during the rose ceremony eliminations. He originally pegged Ben as one of the final two for Tayshia’s season, but with new information, has corrected himself and shared this is not the case. He added, however, that there is footage of Ben talking to Tayshia after tonight’s episode, meaning that Ben will return to the show at some point during the finale.

Reality Steve previously shared that Ben, Zac, Ivan, and Brendan were Tayshia’s final four, which has proven to be correct. He continued to predict that Ben and Zac were her final two, but with the new information of Ben’s elimination after hometowns, he’s corrected himself that this is not the case.

Reality Steve predicted based on initial tips that it is Zac who wins Tayshia’s season, but the two do not end up engaged. He added that this prediction may not be the case anymore given the new information about Ben.

Reality Steve did share, however, that he’s been given two separate tips that align with the same storyline that Zac is who wins Tayshia’s season and is given the final rose, but the two do not get engaged and ultimately decide to part ways once filming ends.

Who do you think wins Tayshia’s season? Could the predictions of the ending be correct? Is Tayshia with Zac or with Brendan? 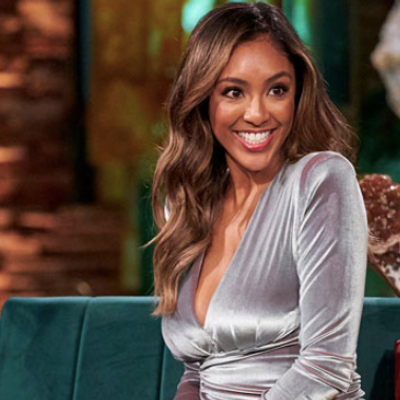