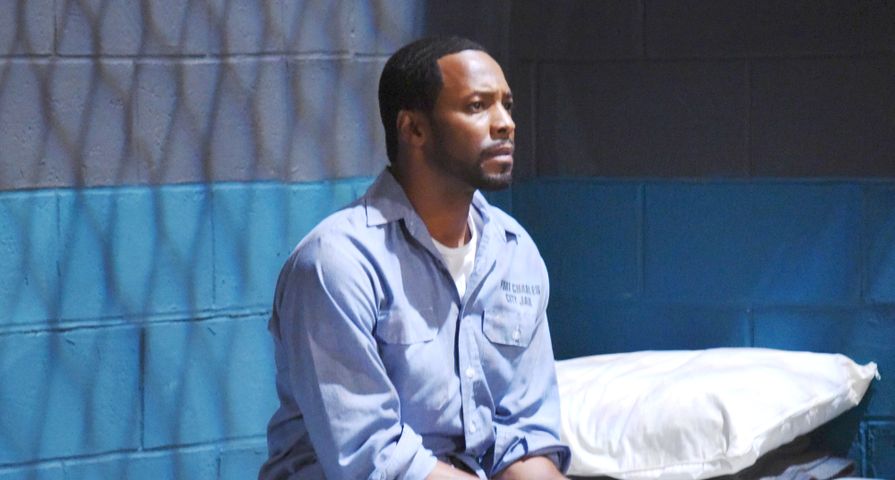 Dr. Andre Maddox will be back in Port Charles, as his portrayer Anthony Montgomery returns to General Hospital (GH), during the week of November 25.

The last time viewers saw Andre was in September. He had staggered into the emergency room at the hospital and subsequently fell to the floor as he collapsed.

Peter August (Wes Ramsey) had ordered a hit on Andre, but the assassin he hired was unsuccessful. When Andre woke up, he remembered he’d been attacked by someone, but had no idea who it was.

A desperate Elizabeth Baldwin (Rebecca Herbst) begged him to help restore her husband’s memories. Andre also received a visit from Monica Quartermaine (Leslie Charleson), asking him to do the opposite. Monica wanted him to leave Drew Cain’s (Billy Miller) memories intact in Franco Baldwin (Roger Howarth), so she could get to know her son, who she wasn’t able to raise.

But now that Franco has made the decision to undergo the memory mapping, will Andre perform the procedure?

Montgomery has been playing Andre on GH since 2011. He was put on recurring status in 2017 and has appeared on and off the soap since then. The actor has also been on many prime-time series over the years, including Frasier, Popular, Star Trek: Enterprise, House, Single Ladies, Greenleaf and Grey’s Anatomy.

Could Andre’s return to Port Charles mean a Franco and Liz reunion is finally on the horizon, if the memory mapping procedure is a success? Stay tuned to GH to find out!