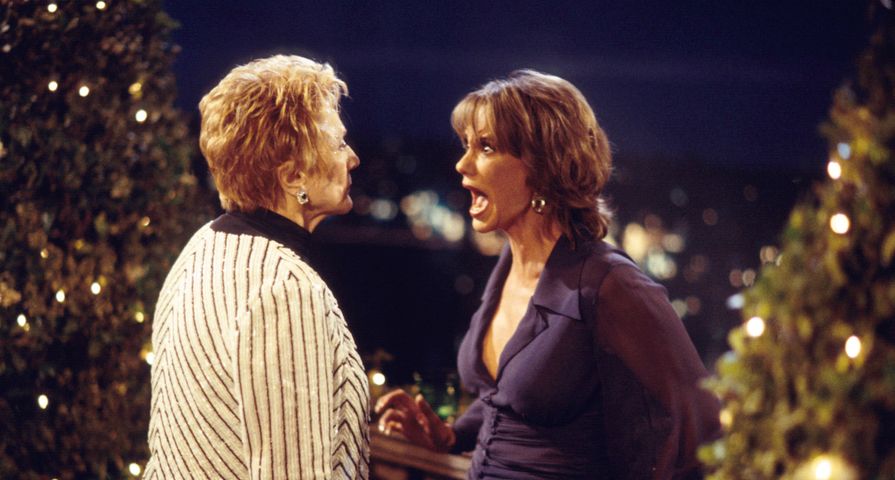 Soap operas are known for their outlandish storylines and sometimes the over-the-top dramatics of it all can be entertaining. Young and the Restless (Y&R) has told some incredible stories over the years; however, there have been times when things haven’t made sense to viewers as stories unravel. Below are 12 truly underwhelming Y&R storylines!

Brad Carlton was a staple on Y&R for over two decades, which made his passing in 2009 devastating for many soap opera audiences. Y&R rarely brings characters back from the afterlife and Carlton’s demise was quite final in the fact that his body was found, and an official funeral was held. Was it a mistake to do away with Brad in such a big way, ensuring to close a door on any return? Many Y&R fans think so.

When Ashley Abbott lost her baby in June 2009, Adam Newman was at the helm of it all and did everything he could to not get discovered. So much so, he had Ashley believe she was expecting for months after she had lost the baby. Yes, Ashley was unstable; however, many fans furiously questioned why Ashley had not felt the aftermath of her loss and how she could go on for so long thinking she was still expecting.

Phillip Chancellor III passed away tragically at the young age of 19, leaving a young son behind. He’d return to the land of Genoa City in 2007 as a ghost during a séance. However, years later it would turn out that Phillip was alive and well and faked his demise all those years before. So, who exactly was that spirit in 2007?

Speaking of, when Cane entered the Y&R everyone thought he was Jill’s long-lost son. The two bonded and Cane immediately dove into the Genoa City drama. While his heart belonged to Lily, there was a time when Chloe Mitchell had her eye on Cane and everyone believed that her daughter Delia was their love child. Blood tests were taken, and Cane was forced to do the right thing and leave Lily to complete a family with Dee-Dee and Chloe. Delia ended up being Billy’s child and because he and Cane were ‘brothers’ the idea that Cane tested positive in the paternity test made sense. However, months later it would be revealed that Cane wasn’t Jill’s son after all and Phillip was alive! How Cane managed to stay so calm during a time he knew that he wasn’t the father of the child and dealt with Chloe’s lying antics still blows fans away to this day.

The entire reveal of Jill Abbott being Katherine Chancellor’s daughter was an incredible storyline that brought together two rivals that turned them into friends and then family. In 2009, it was revealed that Jill was not her Kay’s daughter and the entire thing was a mix-up. Not sure how many blood tests get mixed up to that extent, but it turned Genoa City upside down.

The Baby Sully/Christian storyline that unfolded years ago still has fans shaking their heads. It certainly was an interesting arc where Y&R audiences longed for the truth to be revealed. Still, much like Ashley’s baby loss in 2009, viewers continued to ask how Sharon could whole-heartedly believe she was expecting, give birth, and not question the size of her newborn as ‘Sully’ and Christian were delivered weeks apart. To boot, how did Sage not realize that Christian was her flesh and blood? A bit messed up, to say the least.

6. The Recast Of Billy Abbott

When Billy Miller left the role in 2014, Y&R fans were devastated. Unfortunately, recasts are a part of soap opera life and the show must go on. Producers decided to bring back the original actor who played a teenage/young adult Billy and gave Dave Tom the role. Sadly, Tom wasn’t a good fit with the current structure of the character and was let go after just months. In fact, there have been three different Billys playing the character since that time. The inter-changing Billys really affected the character’s storyline around this point in time as it seemed every so often a new Billy would emerge.

For the most part, Neil Winters is a decent guy. No one is perfect in the land of soap operas; however, Winters has been a good husband, father, friend, and colleague over the years, which made the entire 2015 debacle around Neil hiding an ailing Hilary after she went missing during her honeymoon with Devon such a crazy scenario! Neil fell way out of his good and honest character boundaries of always doing the right thing.

Billy and Mackenzie fell in love as teenagers and were on and off for years until they turned into young adults. The two had incredible chemistry and were a great couple. Sadly in 2003, just when the two were about to say, ‘I do,’ Jill Abbott found out she was Kay Chancellor’s daughter, which would make Milly cousins. The good news is that years later that turned out to be a mistake and Mac and Billy were able to pick up where they left off. Things still were a little messy between the two for years though.

Just how old is Kevin Fisher? Ages can get a little tricky in soap operas, but he was part of the teen scene when Lily, Colleen, and J.T. were all young adults and life was carefree. However, a few years back, Lily and J.T. were living the life of mature adults, whereas Kevin still seemed to be hanging out with the youngsters. During a 2015 ‘whodunnit’ angle, Kevin hung out with a younger group of characters that involved Summer Newman Abby Newman, Mariah Copeland, Austin Travers and others, where he was still making the same mistakes he made as a youngster, hiding Austin’s murder from the authorities. Should an adult of his age not have known better?

2. Adam Figures Out Jack’s Got A Double?

During the Marco Annicelli storyline in 2015 where the drug lord pranced around pretending to be Jack, the only person who figured the entire plan out was Adam Newman of all people. Marco convinced family members, friends, colleagues, and even his love interest, Phyllis, that he was indeed Jack. Not only was this aspect of the storyline ridiculous, but fans had a difficult time believing it.

There aren’t many larger-than-life criminals on the Y&R, but Sheila Carter is definitely the exception. She’s been axed and thought to be deceased on more than one occasion only to come back to life, and even more recently, returned to the Bold and the Beautiful, the Y&R’s sister show. But the last time she passed away in 2009, she was shot and seen to have taken her last breath. How has she managed to escape the afterlife in so many scenarios and come back to life? It’s messed up.