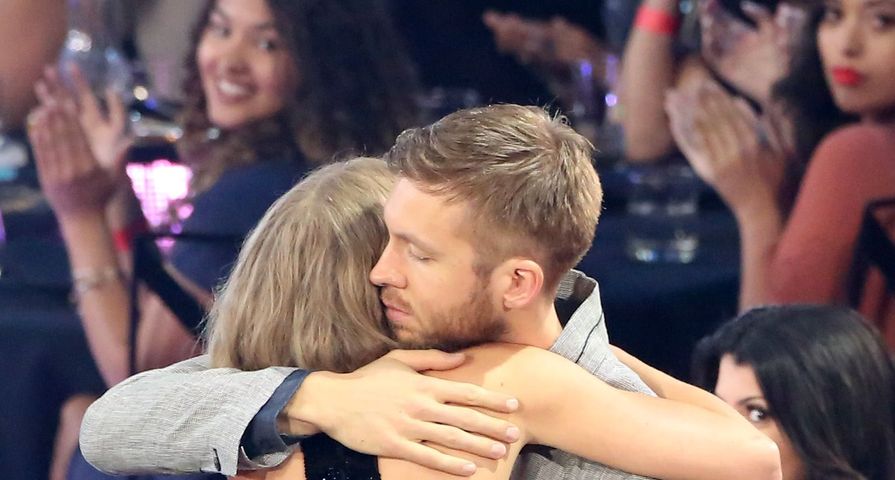 When Taylor Swift and Calvin Harris (whose real names is Adam Wiles) broke up, many us thought the breakup had drama written all over it, but these two managed to play it cool for a couple of weeks – until now! These are finally started to heat up, so here are 9 of the most shocking revelations from the Taylor and Calvin breakup:

According to E!, Calvin is the one who did the dumping. “Taylor and Adam had no big blowout fight, but the romance just was not there anymore for them. Adam is the one that ended it. It was all done in a very mature fashion. Taylor is pretty upset but they are still in communication. Taylor was there for Adam with his accident and supportive.”

Another source told E! that the famous DJ had been bored with Taylor for a while before he dumped her. “Adam has been bored for a while and was hoping the spark would come back but it hasn’t,” a source told E! News exclusively. “Friends were even surprised it lasted this long because of the lack of chemistry.”

7. He Was Intimidated By Her Success

A friend of Taylor’s told People that the relationship ended because Calvin was intimated by her success. “[Harris] said on multiple occasions that he was intimidated by Taylor, which is why he would not attend any events where she was being honored, or any award shows unless he was nominated,” the friend said. “Taylor is an independent young woman, and she realizes it will take a very secure man to handle her success.”

6. The Age Difference Was a Problem

Someone close to Calvin told People Magazine that one of the former couple’s problems was the age difference and the lack of life experience on Swift’s part. “It wasn’t an equal relationship. Their age difference might not be significant for many couples, but for them it was part of the problem too. Taylor somewhat lacks real-life experience. They will not be getting back together.”

5. She Wanted Marriage and Babies

A source told Us Weekly that Taylor really wanted a future with Calvin – a future that involved marriage and babies. “She used to talk about their future a lot – marriage, babies. And although he wants all of that, it just felt a bit like she was all full-steam ahead, whereas he is more of a slow and steady, let things progress organically, kind of guy. It’s a shame because Taylor is a lovely girl. But it just obviously wasn’t meant to be.”

4. There’s Still a Huge Amount of Love and Respect

With the media all over their breakup, Calvin tried to do damage control with this tweet: “The only truth here is that a relationship came to an end & what remains is a huge amount of love and respect.” But it is now deleted!

3. She’s Hooking Up with Tom Hiddleston

Swifty didn’t waste a lot of time mourning her relationship with Calvin. She was recently spotted hugging and kissing Tom Hiddleston on a beach in Rhode Island. According to a source close to Taylor, Tom has been courting her since they met at the Met Gala back in May. For those  who don’t remember, Taylor and Tom were captured on video dancing that night and it looked like they had lots chemistry. Turns out, it was real!

2. He Feels Betrayed and Deleted Her on Social Media

Calvin doesn’t seem to be taking Taylor’s hookup with Tom Hiddleston very well. He reportedly deleted any and all references to his ex on social media and unfollowed her and her brother on Twitter and Instagram. He even blocked Swift fans after photos surfaced of her and Tom Hiddleston kissing appeared online. After news broke about the new coupling, Calvin tweeted, “Oh boy it’s about to go down,” but then he deleted that too. Taylor retaliated by unfollowing Calvin on Twitter and removing the majority of their photos together from her Instagram account.

We’ve all heard about the Bad Blood singer’s dramatic breakups in the past, but many of us forget about Calvin’s messy breakup with Rita Ora. When these two broke in 2014, he blocked her from using any of the songs they wrote together for her second album. He also refused to let her sing their song, “I Will Never Let You Down,” at the Teen Choice Awards in 2014. After Rita talked about this with Ryan Seacrest, Calvin couldn’t resist an opportunity to throw shade at his ex. “You’ll only know 1 side of the story RE Teen choice awards because I choose not to talk to the papers about every aspect of my personal life,” along with, “But just know I had a damn good reason.” Gee, someone’s petty!