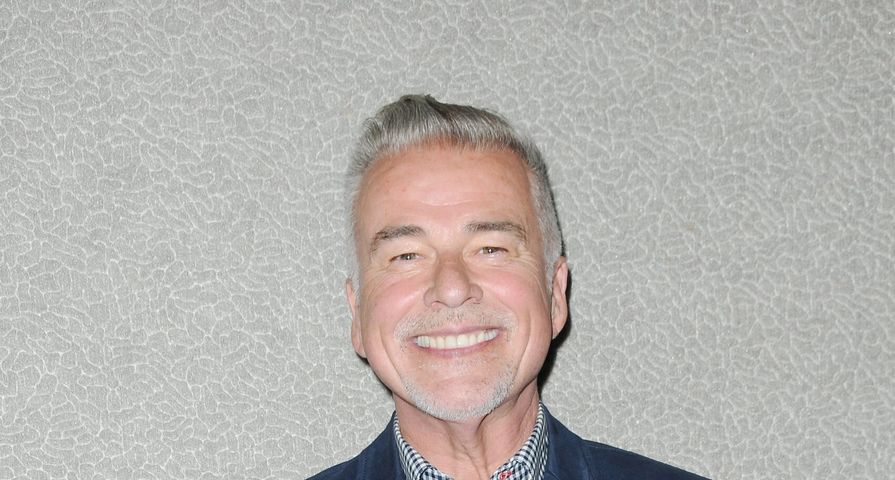 Soap opera fans all have their favorite characters and couples. So, when a favorite couple breaks up, or a popular character leaves a soap, viewers can feel devastated! While the bad news is that they are gone, the good news is, there’s always room for a comeback! Below are some soap opera stars who have made huge comebacks.

In 1993, actress Alison Sweeney entered the role of Sami Brady and the land of Salem changed forever! Sami is a dynamic character who’s always walked a fine line between good and just plain terrible. In early 2014, Sweeney announced that she was leaving DOOL to focus on her family and another primetime project she had been working on, The Biggest Loser. She couldn’t stay away for too long, because in 2017, Sweeney would reprise her infamous Sami role, and has had major stints on the show over the years since. If Days fans can’t have Brady in Salem full-time, it’s still nice having her pop in every year for a least a few months! 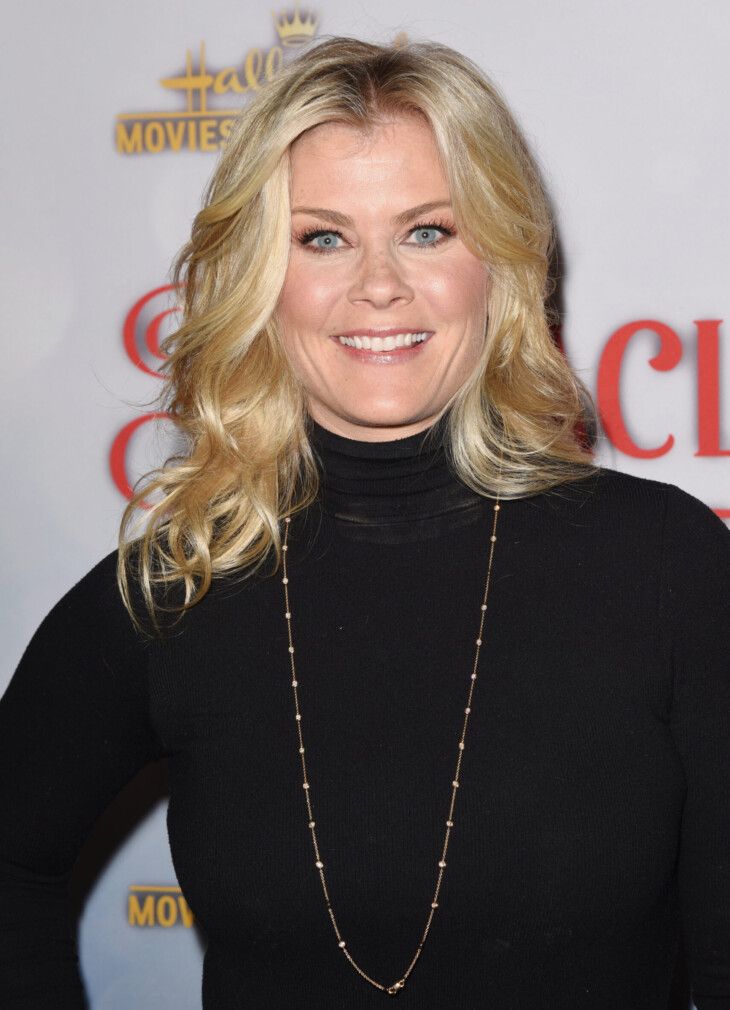 Days fans were quite upset when DOOL’s Chandler Massey exited the role of Will Horton in 2014. While recast Guy Wilson did the best he could, Massey was born to be Will Horton! Chandler’s exit was hard for fans, but when Will Horton was murdered by Ben Weston (a.k.a. the Necktie Killer) viewers were downright devastated. Will Horton was a character that audiences watched grow up, and had real roots in Salem, which made Chandler and Will’s comeback in 2017 that much sweeter! Sure, the storyline that “brought him back to life” was a tad cheesy and unbelievable, but most brushed that aside because Will Horton was BACK! 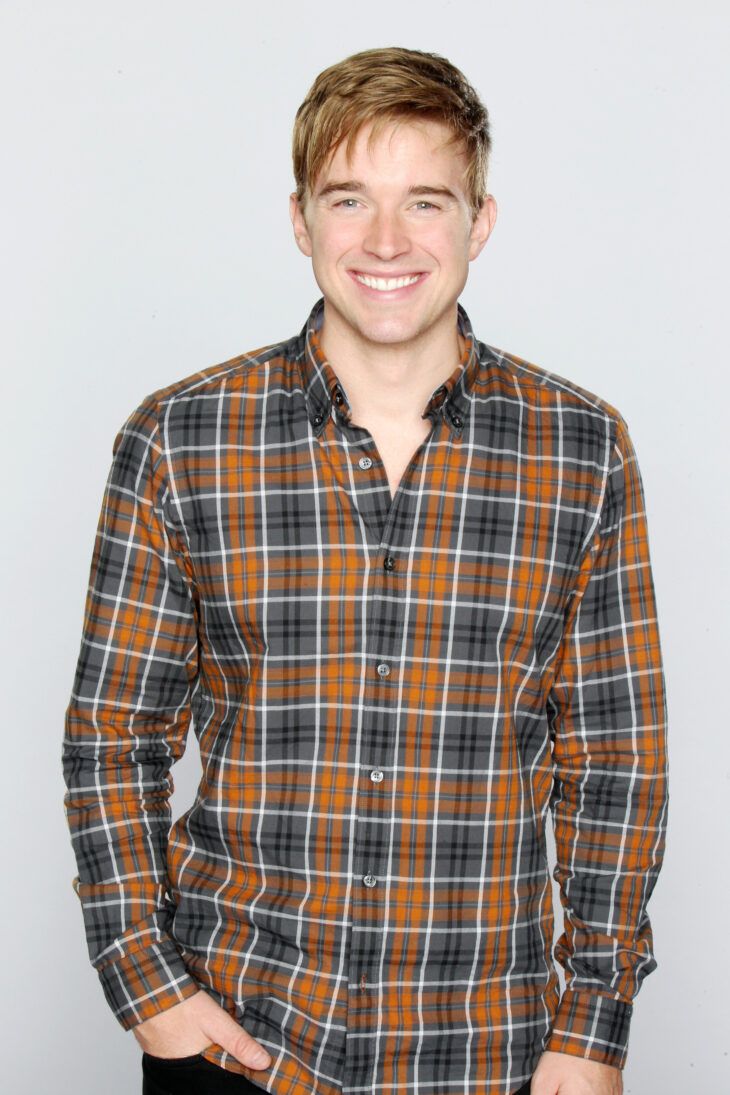 Y&R fans were sad to see actress Michelle Stafford leave the role of Phyllis Summers in 2013. This was a part she had played on-and-off since the early 1990s and a dynamic character that has been both hated on and loved by fans. Stafford would move on to play Nina Reeves on GH, while the Y&R recast the Phyllis role to actress Gina Tognoni. Gina added an interesting twist to Phyllis; however, there’s nothing like the original, so fans were taken aback when news hit in 2019 that Tognoni was out, and Stafford was back in. It was a bittersweet moment for viewers of the show. While Gina would be missed, everyone was excited about seeing Michelle back in the land of Genoa City! 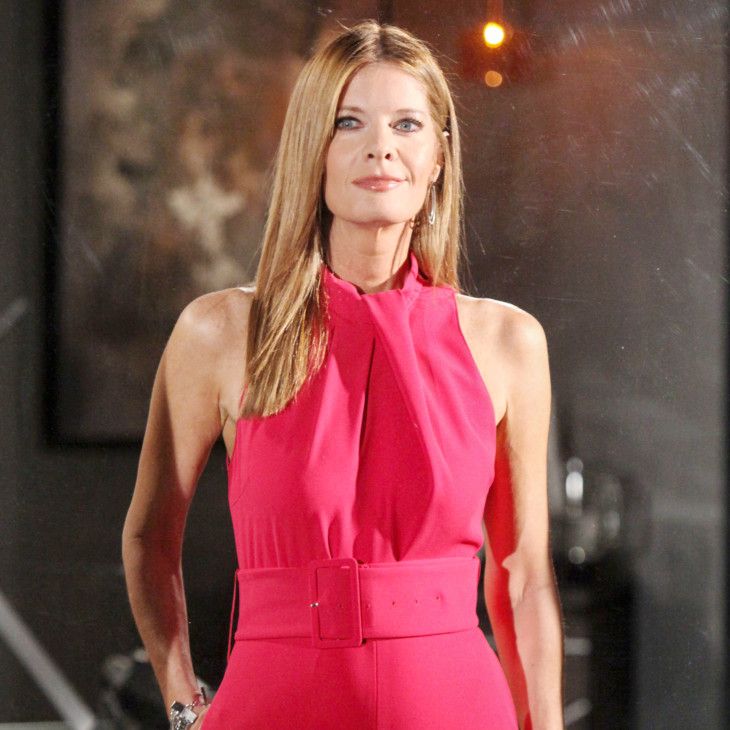 In 2012 when Jason Morgan was shot and fell into the water at the docks in Port Charles, it felt like time stood still for a moment. Actor Steve Burton made the “Stone Cold” character, and life in Port Charles would never be the same without Jason. With that said, actor Billy Miller stepped into the role in 2014 and made things interesting, but when news broke in 2017 that Burton was headed back to the land of Port Charles, the soap opera Internet exploded. It was one of the biggest daytime drama comebacks in recent years when the “real” Jason Morgan finally made his way back home to GH. 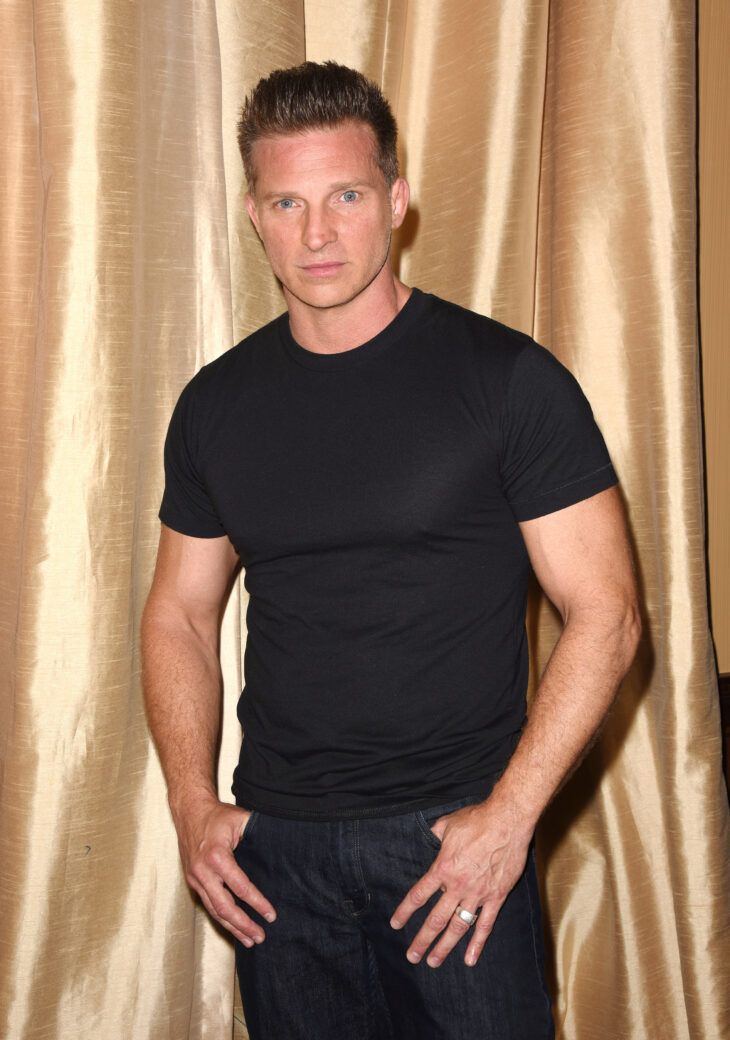 Marcil enjoyed a wonderful soap opera run on General Hospital (GH) from 1992 to 1998 and was one of the most popular characters to ever grace Port Charles. She eventually caught the eye of primetime, and Marcil was beckoned with other opportunities. She ended up leaving GH in 1998, but then made two huge comebacks. One took place from 2002 to 2003 and another from 2010 to 2011. Marcil consistently teases a GH return on social media, so there’s always room for a third one. 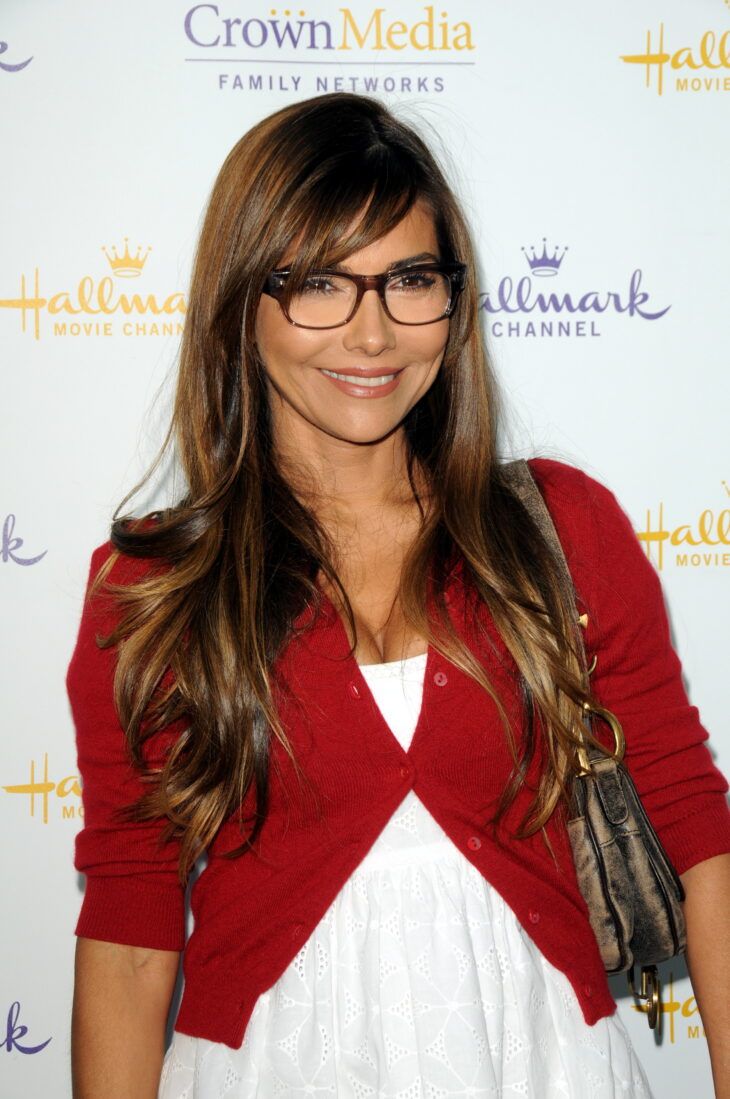 Dr. Marlena Evans is currently a staple on Days of Our Lives (DOOL) and a legendary soap opera character. Evans has been through it all: affairs, divorces, loved ones passing away, and was even possessed by the Devil at one point in time! Hall’s initial run on DOOL was a solid one, lasting for nine years from 1976 to 1987. While Hall did work on other projects during her four-year hiatus, including starring in the hit NBC drama, Our House, she couldn’t stay away from Salem for long. She returned to the soap in 1991 and had another great run participating in iconic storylines like Melaswen Island, her love triangle with Roman and John Black, and the paternity issues around her youngest daughter, Belle. While she would leave the show once again in 2009, Hall returned in 2011 and has been entertaining audiences since. 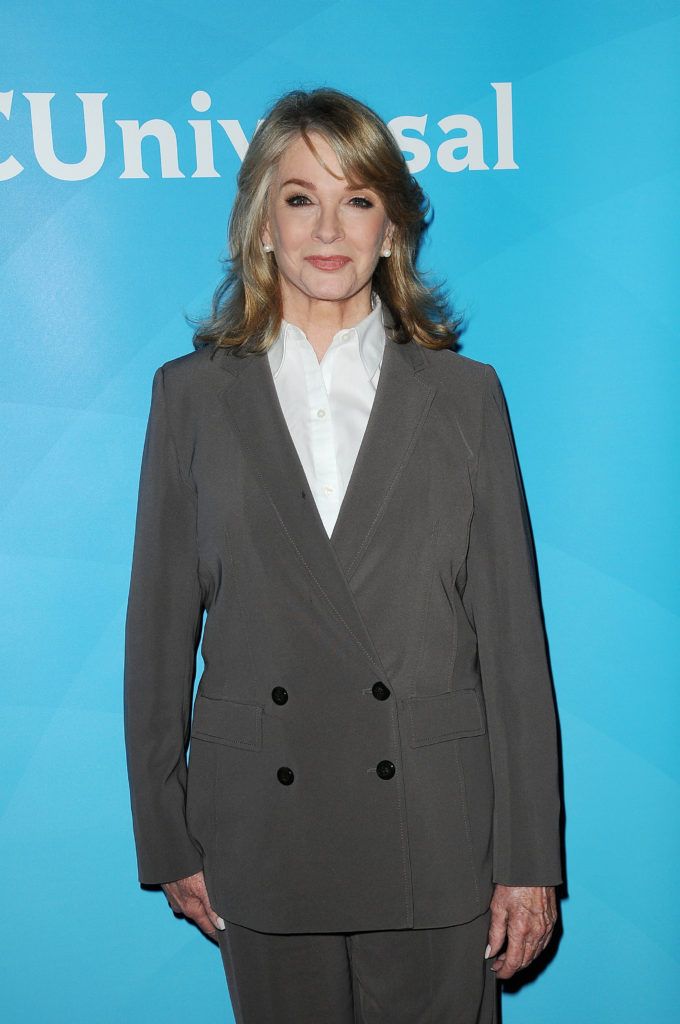 After a lengthy hiatus from The Young and the Restless (Y&R), Judith Chapman returned to Genoa City during the 2016 holiday season, and while fans delighted in the comeback, her storyline exploded and then slowly fizzled. She’d move on to a sparking stint on DOOL in 2019 as Diana Cooper and has moved back to the Y&R recently to reprise her Gloria Bardwell role, where fans everywhere can’t wait to see what she’ll do next. 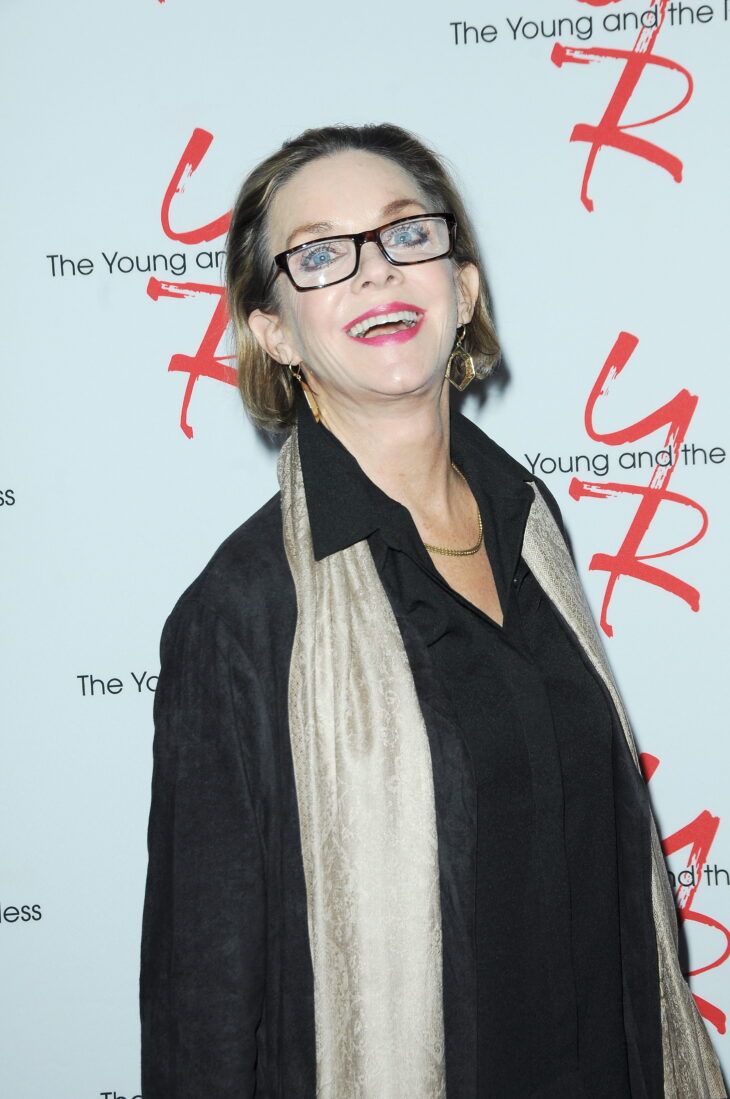 Rinna originated the role of DOOL’s Billy Reed, a street-smart beauty who could manipulate, but ultimately had a heart of gold. Rinna’s initial stint with the soap lasted from 1992 to 1995 when she exited to pursue primetime opportunities. Krista Allen stepped in as a recast in 1996, but ended up being an epic fail. Rinna would come back in 2002, only to exit a year later. What does Days do? Well, they recast the role once again to Julie Pinson. Pinson did a better job than Allen, but as they say, there is nothing like the original. Rinna returned to the soap in 2012 to the surprise and appreciation of DOOL fans everywhere! 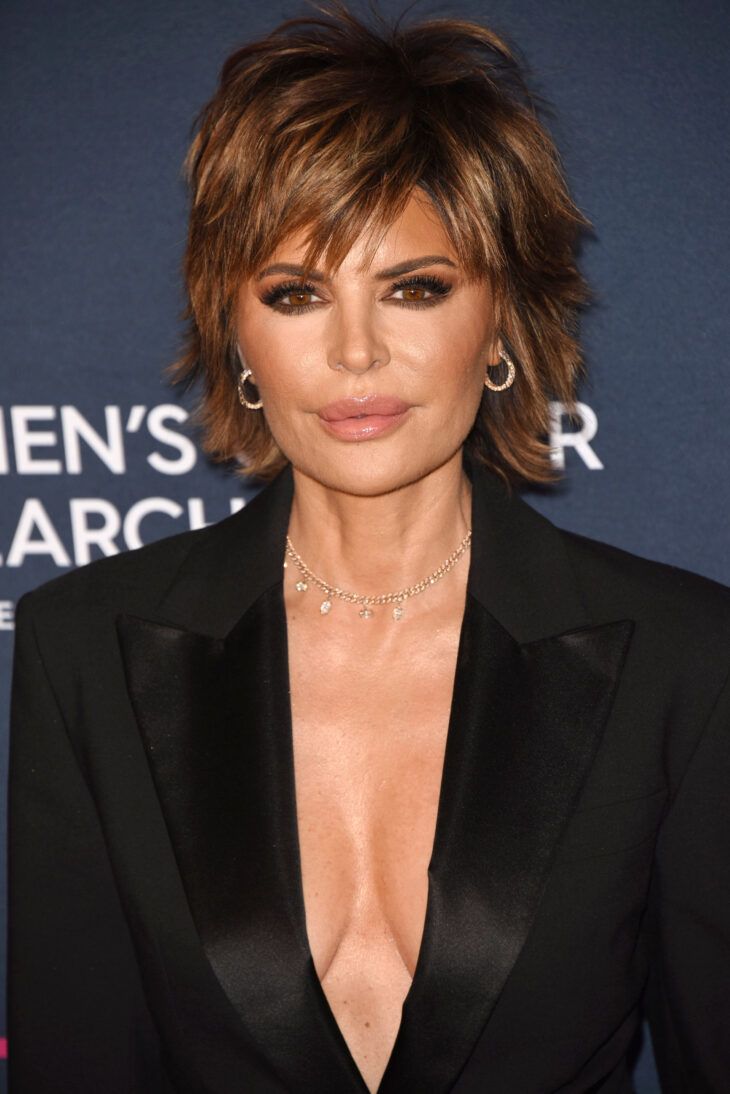 While he did dabble in other soap operas, when Steve Nichols returned to DOOL in 2006, you could hear fans rejoice all across North America. Patch and Kayla were a major super couple in the 1980s, and when Steve passed away in 1990, DOOL audiences mourned not only the loss of a beloved character, but the end of an era for their favorite daytime couple. Sixteen years later, DOOL found a way to bring back Steve from the dead and his comeback was huge. He’d leave the show once in 2009, only to return in 2015, and again in 2019. The interesting thing about Steve and Kayla is just how timeless their romance is. They made fans swoon in the ‘80s and they are doing the same now. 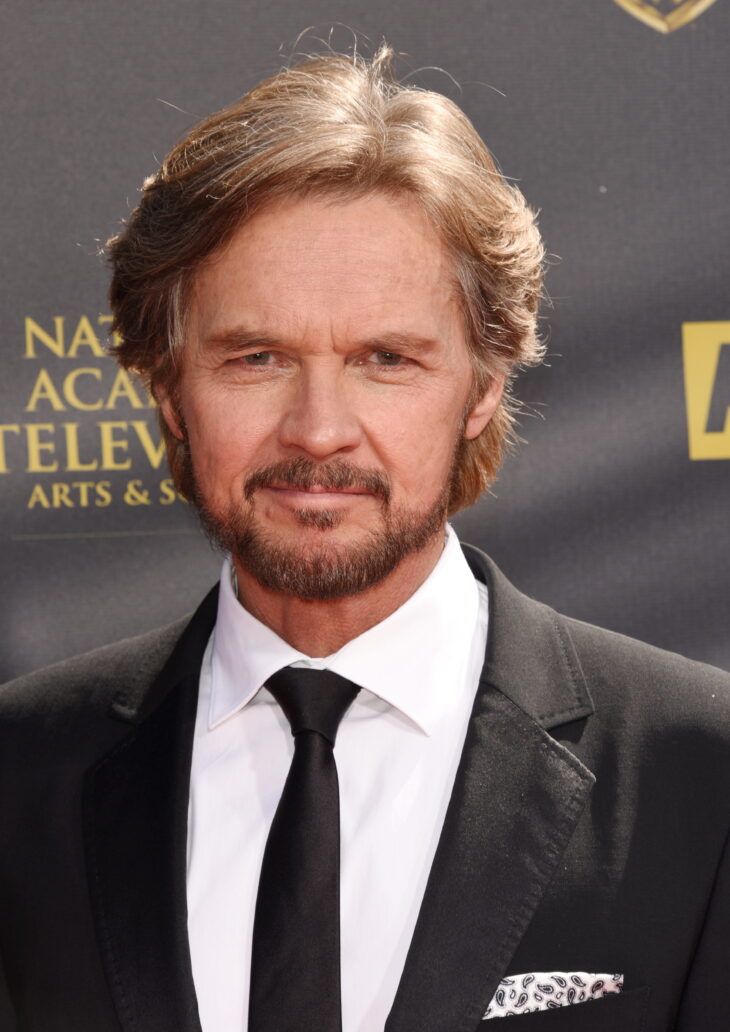 Legend and soap opera icon, Anthony Geary is truly missed by GH fans everywhere. He and sidekick Genie Francis (a.k.a. Laura) broke daytime television records with a story about a bad boy who fell in love with a good girl. Anthony’s first run with the soap lasted from 1978 to 1984. He came back in 1993, toting Laura and their son Lucky along for his GH comeback. Luke has done many things over his GH tenure, from battling the Cassadines to adventures with Jason and Sonny to wooing some leading actresses on the popular soap. While there is a huge gaping hole in Port Charles right now that he’s gone, here’s hoping that Geary will at some point make another comeback on the show, much to the delight and anticipation of GH audiences. 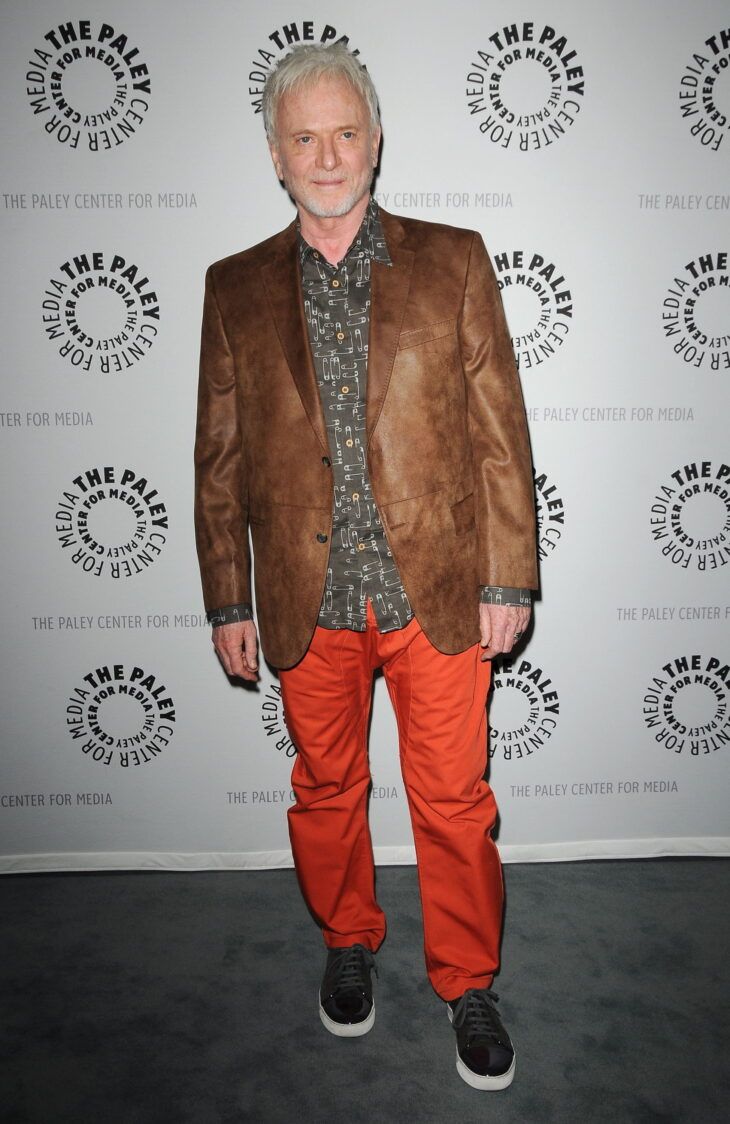 GH is certainly known for its super couples and one of the better ones had to have been Anna Devane and Duke Lavery. Sadly, the two were separated in 1989, when Julian Jerome killed Duke in an act of revenge. Fast forward over a decade later and it turned out Duke wasn’t dead after all. It was a wonderful déjà vu when actor Ian Buchanan finally made his way back home to Port Charles. While his face was used by Faison at first to manipulate and kill, once the real Duke was found, all seemed well with the world. He and Anna finally reconciled, but sadly, Duke passed away in 2015. Still, his comeback to Port Charles was certainly explosive. 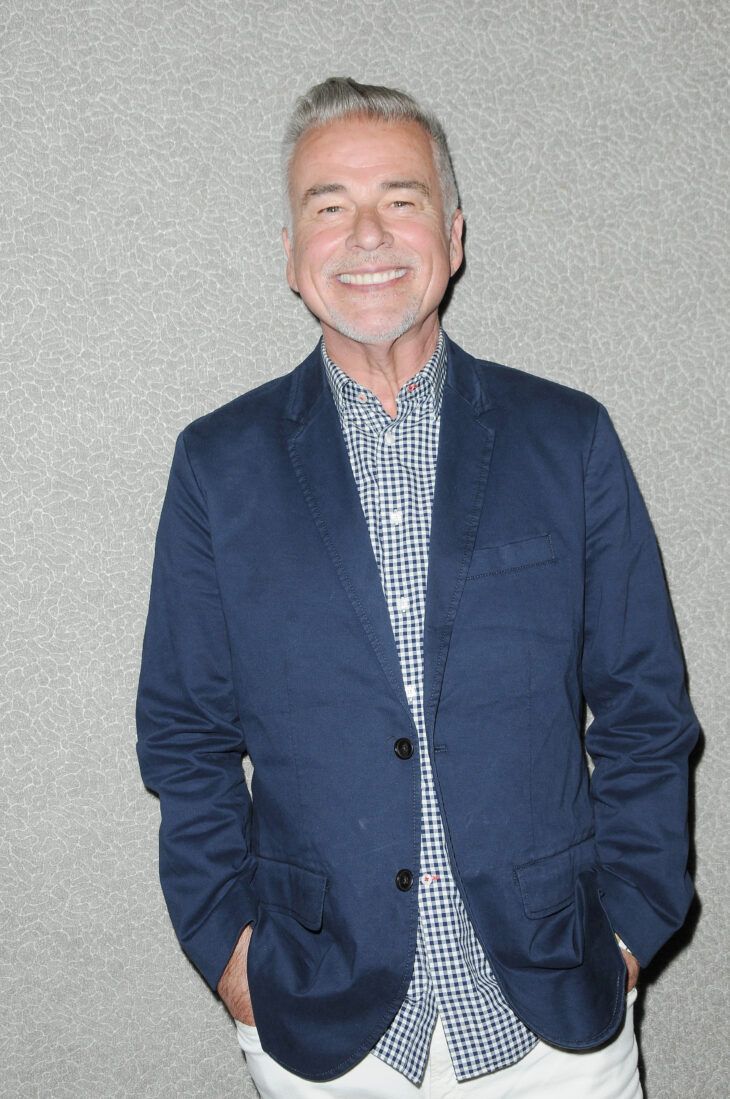 Most of the actors/actresses on this list have had notable comebacks when they returned to an original role and soap opera. Tristan Rogers makes the list for his comeback into daytime drama. After some recurring spots on GH as the ever-popular Robert Scorpio, he left the soap for good at that point in time in 2008. Rogers would return to the land of daytime in a unique role that was very different from the part he played on GH. His comeback to daytime was marked in 2010 when he entered the Y&R and Genoa City as Colin Atkinson. As Cane’s villainous father, Rogers’ storyline provided insight into Cane’s true identity, his background, and how he grew up. There was also added action and adventure to the soap that only Rogers can bring, and was something that was missing from the Y&R at that time. He certainly made a splash that year and the best part is Rogers currently flips back and forth from the Y&R and GH in both roles now and again. It’s a win-win situation for each soap opera! 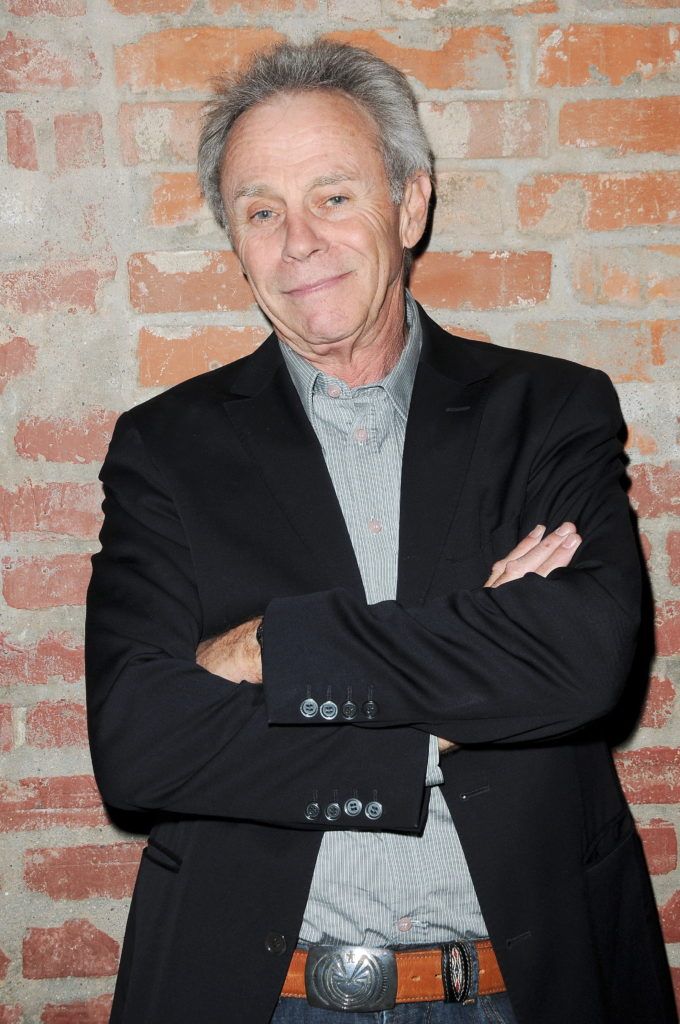 There is no other villain like Days’ Stephano DiMera. He initially tortured Salem residents from 1982 to 1988. Sadly, Joseph Mascolo left the show, and for five long years, fans waited with anticipation for his return. Mascolo made a splash in Salem in 1993, and while he took a break from time to time during his DOOL tenure, the second time around, fans always knew that he would return to wreak havoc on the Salemites that despised him so. Mascolo retired in early 2016 due to health issues and sadly passed away in early December of that year. 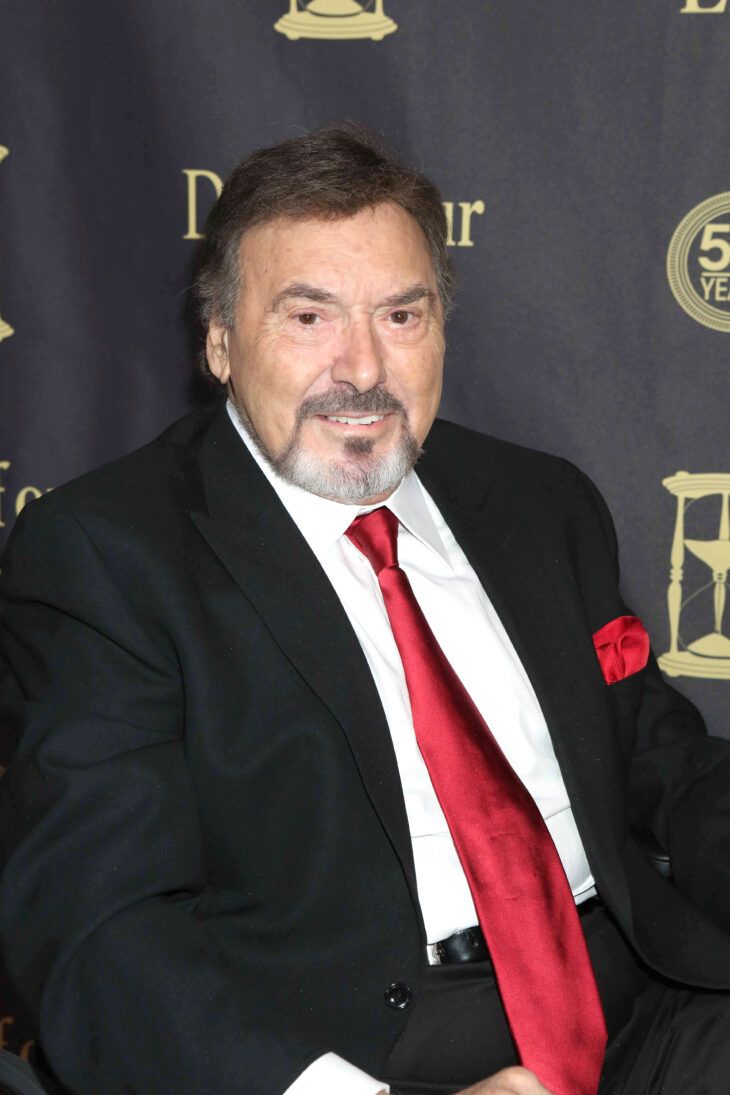