Soap Opera Couples Who Will Break Up In 2019 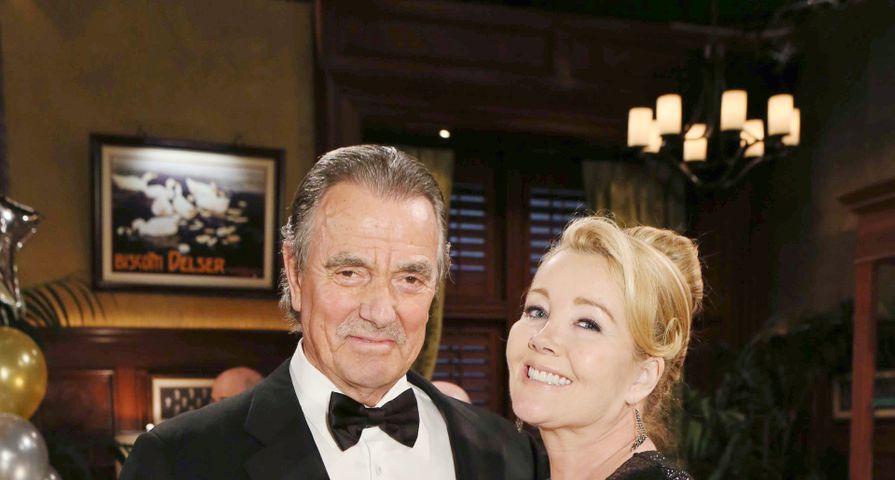 Super couple or not, most relationships don’t last all too long in the land of daytime drama. As 2018 is coming to close and we look towards 2019, it’s hard for fans to refrain from speculating or making predictions about the new year. Who will last the long haul? Below is a list of 12 soap opera couples who will break up in 2019.

12. Paul Williams and Christine Blair – Young and the Restless

Much to the dismay of many fans, Paul Williams simply disappeared off the Y&R canvass this year when the actor who played the role (Doug Davidson) was dropped down to recurring status and eventually fired. There hasn’t been much of an explanation around where Williams is, but if the show does decide to close the loop on this, the relationship between Christine and Paul could crumble. Or, it may just hang in the wind like many characters who still live in Genoa City, but are never seen on screen.

The same idea goes for GH’s Lulu and Dante. Dante skipped town in 2018, leaving his wife and children to go on with life (without him) as he embarked on a spy mission. How long before Lulu’s eyes begin to wonder? This relationship is in serious jeopardy in 2019, unless Dante returns.

10. Rafe Hernandez and Hope Brady – Days of Our Lives

Rope barely held on this year, as a one-night stand *almost* threatened their happiness and newly-formed marriage. Sure, Sami placed some strain on them when she whirled into town in the summer; however, with E.J. back in the picture and the two out of Salem, it seems as if Hope and Rafe can settle back into their marital bliss. Oh, but wait! A new threat in the form of Ted Laurent has emerged, and he could certainly place a wedge between Hope and Rafe in 2019.

9. Cane and Lily Ashby – Young and the Restless

Cane and Lily have had their ups and downs in the decade-plus they’ve been together, and yet always manage to come out on top. Having said that, can this relationship endure prison, and all the struggles Lily is dealing with in the slammer? Maybe, but most likely not. These two just might be headed for a break up in 2019.

They are super cute together, but Kim’s current struggles around son Oscar’s ailing condition and with Julian involved in Brad’s baby switch scheme (which is sure to come out at some point) has everyone wondering if this couple can hang on to their relationship come 2019? Both have a lot on their plate, and there’s a good chance they could call it quits in the new year.

7. Steve and Kayla Johnson – Days of Our Lives

Just how does a marriage survive when one person has been locked up for espionage? Even if that marriage happens to be between super couple Kayla and Patch. While fans hold onto the hope that DOOL will bring back the Steve character (and actor Stephen Nichols), the reality is that Kayla just may need to move on in 2019 if Steve does not return.

Since Finn received that letter from former love Hayden, GH fans have been wildly speculating on where the note could truly stem from. Does this have to do with the mystery Cassadine man or Cassandra? There’s a huge possibility that the letter is in fact from Barnes, and we all know the couple’s baby did not die, so if she were to return, all bets may be off between Finn and Anna.

5. Abe Carver and Valerie Grant – Days of Our Lives

With Valerie on the cusp of leaving Salem to pursue career opportunities, this couple is in serious jeopardy of calling it quits before 2018 ends! There is always a possibility they could try the long-distance relationship before they completely give up hope on each other, but with Sheila in Abe’s periphery, this may not work for long.

Liz and Franco have been a strong couple, but as 2018 rounds to a close, GH fans continue to ask themselves: will these two EVER get married? The couple has had multiple (failed) attempts when it comes to getting hitched, and this is never a good sign in the land of soaps. The chances that the two could break up in the new year looks greater and greater.

3. Victor and Nikki Newman – Young and the Restless

This couple continues to be a staple within the storylines for the show. While most Y&R fans hope that Victor and Nikki stay on this path of marital bliss come the new year, if history dictates anything, these two will most likely break up (only to make up again next year, and so on and so on).

Griffin and Kiki make a solid super couple. They look good together, have tremendous chemistry, and share something so much more special than what Griffin had with Ava. Having said that, mother Jerome will stop at nothing until she gets these two to Splitsville, and a break up in 2019 (even if it is just a short one) seems in the cards for the young couple.

While GH fans know that little Wiley is not the original baby that Lucas and Brad were given to adopt, as he’s in fact Michael and Nelle’s son that was thought to have died, it won’t be long come 2019 before this crazy secret is revealed. When the proverbial poop hits the fan, Lucas is sure to dumb Brad over this huge lie and the role he played in this scheme.