Where Is Kimye Honeymooning Right Now? Find Out! 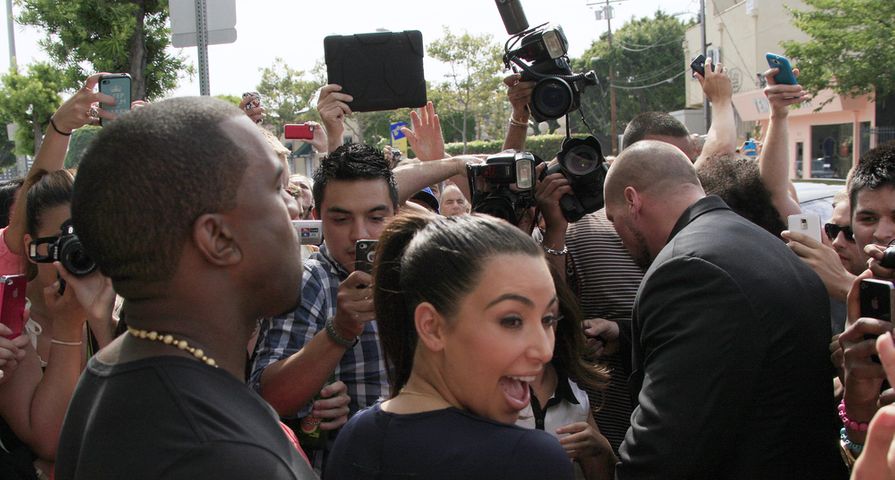 KANYE WEST and KIM KARDASHIAN are reportedly spending their first days as newlyweds on a secret honeymoon in Ireland.

The couple tied the knot on Saturday (24May14) in Florence, Italy, and on Sunday (25May14) they jetted west for a stay in County Cork, Ireland, according to multiple reports.

Editors at the Irish Independent report the rapper and his reality TV star wife arrived by private jet at Cork Airport and were whisked away for a five-day honeymoon at an undisclosed location. However, their post-wedding getaway will be cut short as they are expected to attend West’s stylist’s wedding in Prague, Czech Republic next weekend (begs30May14), according to E! News.

West and Kardashian’s week-long celebrations began in Paris, with Kardashian enjoying her bachelorette party on Thursday (22May14), and festivities continued on Friday (23May14) with a lavish luncheon at fashion mogul Valentino’s mansion in the French countryside, and a dinner party with their celebrity friends later that night at the historic Palace of Versailles.

The actual wedding ceremony was held in Florence and was attended by 100 of their closest friends and family at the historic Forte di Belvedere, a 16th-century-era fortress on top of a hill overlooking the Arno river.

E! News reports Kardashian’s mum, Kris Jenner, gave an emotional speech during the reception, while West also gushed about his new bride and the Kardashian family, calling them “the most remarkable people of our time”. An insider reveals that the newlyweds’ first dance was to an Etta James mash-up, and West even took the mic to perform live.