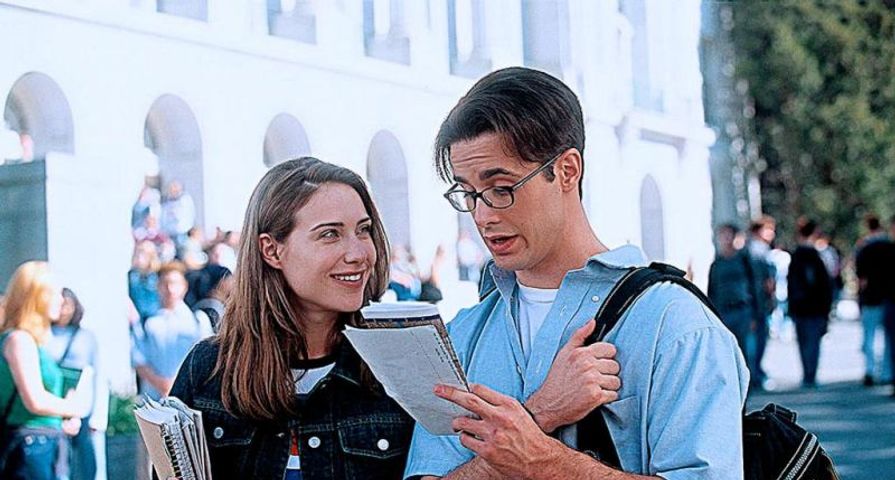 Freddie Prinze Jr. is one of the most iconic actors from the late ’90s and early 2000s. He cemented himself as one of the most popular heartthrobs of the time with a continuous stream of teen rom-coms and became one of the few stars to use Hollywood instead of being used by the cutthroat industry. Now, he has mostly retired from the spotlight and focuses mainly on his voice work with Stars Wars: Rebels and his home life, but that doesn’t mean that fans do not miss him! Take a look back at his career with some of his most popular films ranked from worst to best:

2007’s Brooklyn Rules came at the tail end of the actor’s film career and is perhaps one of his least memorable roles. Set in 1985, the film starred Freddie Prinze Jr. as Michael, the narrator and protagonist who desperately tries to leave his life on the Brooklyn streets and the Mafia behind by scamming his way into Columbia University. Naturally, the film reveals it is never that easy to leave your roots behind and while it was certainly a different role for the actor, it was still reminiscent of his former popular romance films. For many Freddie Prinze Jr. fans the role was exciting because it was different, but it could not overpower the ones that made him a Hollywood heartthrob.

2002’s live-action theatrical Scooby-Doo film had quite the star-studded cast including Linda Cardellini, Matthew Lillard, Prinze Jr.’s real-life wife Sarah Michelle Gellar and of course the actor himself as Fred Jones. Given the frivolity of the movie, the role of Fred was as ridiculous as the actor wanted him to be after Prinze Jr. initially rejected the role before Gellar talked him into it. “Fred always showed more arrogance than everyone else. So in the movie, I took the opportunity to be as narcissistic and self-loving as possible,” he said of his character. The film was not an Oscar-winner, and definitely wasn’t intended to be, making it a great addition to the actor’s resume, but not one of his best films by any means.

In 1996, Freddie Prinze Jr. made his big-screen debut with To Gillian on Her 37th Birthday starring Peter Gallagher, Michelle Pfeiffer, Claire Danes, and Wendy Crewson. Prinze Jr. took on the role of Joey Bost, a punk rocker teen who becomes the love interest for Claire Danes’ character Rachel. Given the actor’s small role in the film, it was hard to determine his acting skill, and the film was given a mostly negative critical response. Luckily, the negativity didn’t hinder Prinze Jr.’s value in the industry and he went on to star in films that many more would appreciate.

In 1999, Freddie Prinze Jr. stepped away from his well-known teen roles to star in Wing Commander, the film based on the video game franchise that co-starred Matthew Lillard who would star alongside Prinze. Jr. in five films over the course of their careers. Wing Commander came out only months after She’s All That and couldn’t compete with the fame both Prinze. Jr. and Lillard would receive from the iconic teen drama. Luckily, the duo had She’s All That to fall back on because Wing Commander performed very poorly, receiving only 10% on Rotten Tomatoes and was heavily criticized for being “cheesy” and having “lame dialogue.”

After his starring role in She’s All That in 1999, Freddie Prinze Jr. was at the top of the young Hollywood ladder and took on a slew of starring roles. Down to You was his next film after She’s All That and co-starred Julia Stiles, one of the most sought after young actresses at the time. While the movie also received negative reviews from critics, fans couldn’t get enough of the combination of Stiles and Prinze Jr. and it opened at number 2 at the US box office. With Selma Blair, Rosario Dawson, Ashton Kutcher and Henry Winkler also starring in the film, it certainly didn’t lack for star power, but between his character’s suicide attempt by shampoo and some truly ridiculous side plots (such as Monk’s porn career), it was a good Freddie Prinze Jr. film, but not great.

In 2001, Freddie Prinze Jr.’s film career was already winding down when he starred as Ryan Dunne in Summer Catch. Co-starring Jessica Biel, Matthew Lillard and Brittany Murphy, Summer Catch may have been one of Prinze Jr.’s most criticized films, but for fans it was one of the best. Between Ryan Dunne being the lawn boy who falls for the rich girl while pursuing his own dreams, and the comedy provided by his baseball team, and his rivalry with Van Leemer, Summer Catch is entertaining and severely under-appreciated. While it kept in tact the rom-com aspect fans loved from his films, it added in a deeper storyline with Dunne’s baseball troubles and offered the actor a role outside of being a teenager.

Only six months after the release of Down To You, Freddie Prinze Jr. was the star of yet another college-aged romantic comedy with Boys and Girls. The film co-starred Claire Forlani, Jason Biggs and Amanda Detmer, and told the complicated love story of Prinze Jr.’s Ryan Walker and Forlani’s Jennfier Burrows who first met at only 12 years old on an airplane. The story is without a doubt one of the best of any of his films and also offered one of his best character developments. Boys and Girls was everything fans wanted from a romantic-comedy with an additional fantastic yet random dance scene and absolutely great supporting characters with Biggs’ Hunter and Detmer’s Amy.

2001’s Head Over Heels finally gave the actor a role where he was an actual adult, and it was a great change. In terms of underrated Freddie Prinze Jr. films, Head Over Heels tops the list because, despite a ridiculous plot line, the movie is entertaining and easy to love which is also thanks to Monica Potter’s charm as the lead actress. Potter stars as Amanda Pierce, a paintings conservator who works at The Met and has horrible judgment in men. After she catches her boyfriend cheating on her with a model, she struggles to find a place to live before ironically moving in with four models. She soon discovers that their apartment overlooks that of Jim Winston’s played by Freddie Prinze Jr. Soon a murder mystery is uncovered and Winston turns out to be an undercover cop. For those who don’t think this particular Freddie Prinze Jr. movie deserves such a high spot on the list, go back and watch it again, because it is much better than what you remember.

There was never any doubt what would go down as the actor’s best movie of all, and it is of course 1999’s She’s All That. As Zack Siler, Freddie Prinze Jr. officially became the guy “every girl wanted to be with, and every guy wanted to be,” and She’s All That became perhaps the most iconic teen romance comedy of all time. She’s All That is the kind of film that fans can watch over and over again and never get sick of, no matter how far away from their own teen years they get, and was not only funny and engaging but surprisingly witty. Not to mention that aside from Freddie Prinze Jr. it had a spectacular young cast with Rachael Leigh Coook, Matthew Lillard, Paul Walker, Jodi Lyn O’Keefe, Usher, Lil Kim and Anna Paquin. The movie had such an impact on pop culture it became the main inspiration behind the 2001 spoof Not Another Teen Movie which not only marked Chris Evans’ first film role, but catapulted his career into superstardom.