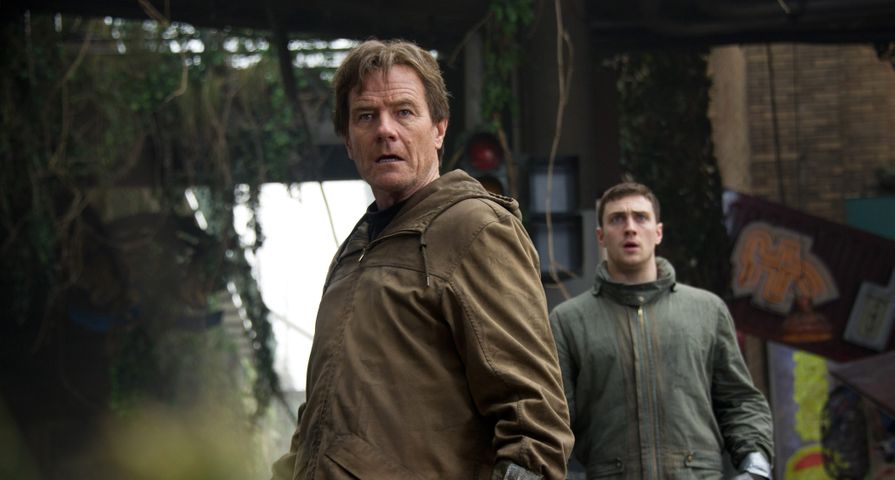 To become a box office hit, a movie make sure has to advertise their big name actors and get fans introduced to the protagonists and antagonists. While this usually works to get audiences to flock to the movie, a few times, these viewers have been completely surprised when one of the main stars is killed off very early in the film. In these cases fans were very misled as to who the main star was in trailers and promotions, because in the end they didn’t make it through half of of the movie! Here are 10 movies that shocked fans by killing the main character early:

10. The Place Beyond The Pines

It didn’t take long for Ryan Gosling to become one of the most sought after actors in Hollywood and there was no denying he was the main draw to the 2012 film The Place Beyond The Pines. His prominence in trailers and posters made it even more surprising when his character, Luke, was killed only about one third of the way into the film!

Back in 1996, the movie franchise phenomenon that was Scream began with its very first film. At this point, Drew Barrymore was a very well-known young actress and was billed as the star of the horror movie. Needless to say fans were definitely shocked when Barrymore’s character was killed off within the first 15 minutes of the movie. Leading up to the release of the movie, Barrymore was featured heavily in the trailers and positioned in the foreground of posters promoting the film, leading fans to believe she would have a much bigger and longer role in the film than the one she did.

Deep Blue Sea is one shark movie that doesn’t get enough credit in the genre which could be because, aside from Samuel L. Jackson, there weren’t too many big name stars on the cast. Of course, with Samuel L. Jackson as the biggest star, no one saw his death coming well before the movie was actually over. Just as things are getting especially bad with the genetically engineered sharks, and things are falling apart, Jackson stood up and was about to make his hero speech when he was completely unexpectedly eaten by a shark. Not only did the movie kill off its biggest star, it did so while he was giving his rallying speech, making it even more shocking and even more effective. It definitely says something about a film when a character’s death is remembered as one of the greatest movie deaths and the movie itself is rarely ever given praise.

There are some movies or franchises that even the stars don’t want to be a part of and that was the case with Channing Tatum in the G.I. sequel to 2009’s Rise of the Cobra, G.I. Joe: Retaliation. After starring as G.I. Joe himself Duke Hauser in the first film, it was only expected that he would be the lead in Retaliation, but fans were very wrong. Very early in the film, Duke is killed off and it became even more clear why Dwayne “The Rock” Johnson was brought in for the sequel as he become the new star of the film.

2017’s Life is one of the newest films to trick audiences into thinking one particular actor was the star only to get rid of them surprisingly quickly. Those who saw advertisements and trailers for the movie saw that Ryan Reynolds and Jake Gyllenhaal were touted as the stars of the film, and it definitely seemed as though Ariyon Bakare’s character Hugh Derry would be first to die in the sci-fiction alien film. It didn’t take long for everyone to realize they were severely misled as it was actually Ryan Reynolds’ Rory Adams who is killed first less than 40 minutes into the film while trying to save Hugh. It seems Reynolds’ early death in the film was to accommodate his personal life as he had initially signed on to star as the movie’s real lead David Jordan played by Gyllenhaal. “That early death allowed him to work on the movie for five or six weeks, as opposed to the entire shoot,” Life‘s co-writer Rhett Reese explained. Meanwhile Reynolds added, “I liked that (twist). It’s healthy for movies to create scenarios that you don’t necessarily expect.”

Many X-Men fans would much rather discount than discuss 2006’s X-Men: The Last Stand as an entry in the storied franchise, and for good reason! Although there are a lot of complaints and criticisms about the film, some of the biggest are about the deaths of two major X-Men characters and the fact they happen very early in the film. Less than 30 minutes into the film, James Marsden’s Cyclops is killed off, and not only was it a shock to lose one of the most prominent X-Men, they film didn’t even give him an honorable on-screen death. To make matters worse, halfway through the film none other than Patrick Stewart’s Professor Xavier himself is also killed! The films are known to include a few good twists, but these two deaths were shocking and unexpected given the screen time they should have received before being killed off.

In the ’90s there were few bigger action stars than Steven Seagal and when Executive Decision boasted both Seagal and Kurt Russell as its stars, there was no doubt both actors would be huge draws to the movie. With this in mind, the movie then pulled off a great twist when Seagal’s character was killed off before he even made it onto the hijacked 747! Of course, many fans thought that couldn’t possibly be the end of the action movie star in the film only around 45 minutes in, but despite the promotion of the actor in the film’s trailers and posters, that was the extent of his role and the much-less promoted John Leguizamo stepped into the hero role for the remainder of the movie.

In 1979, the horror sci-fi genre launched one of its greatest franchises with the release of Alien. With stars such as Tom Skerritt and John Hurt leading the cast, it wasn’t hard to decipher who the stars were and for this reason it was not Sigourney Weaver’s character they expected to be the survivor. At the time the actress had only appeared in four other roles, but after Skerritt and Hurt’s deaths early on in the film, it became clear that she was actually the star and a new hero was born.

2014’s Godzilla was one of the most anticipated films of the year as it marked the next biggest attempt at bringing Godzilla to the big screen since the 1997 film and was also Bryan Cranston’s first blockbuster role hot off of his success in Breaking Bad. The studio definitely played off his stardom as he was featured in the trailers for the movie and seemed to be one of the lead protagonists. Because of this, audiences were certainly not expecting Cranston’s character Joe Brody to be killed off 40 minutes in after much of the time was spent building his character. If fans weren’t happy about the early death of the seemingly main character, either was Cranston. When talking about his character’s death, the actor said it was a “mistake” and added,  “I knew it when I read it. When I read it I said, ‘Oh, page 50 this character who was the emotional core at the centre, that was guiding the audience in the story up to that point – he dies?’ What a waste.”

Without a doubt, the most iconic example of a lead star getting killed off surprisingly early in a film is Janet Leigh in 1960’s Psycho. Janet Leigh’s character’s death only 47 minutes into the film brought the “false protagonist” to the mainstream, and sent fans’ heads spinning. Hitchcock set Leigh’s Marion Crane up as the story to follow and everyone fell for it, making it one of the most infamous lead character deaths and movie twists of all time, not to mention was probably also the inspiration for many other surprising “lead” character deaths in films that followed.