Laguna Beach: Behind The Scenes Secrets 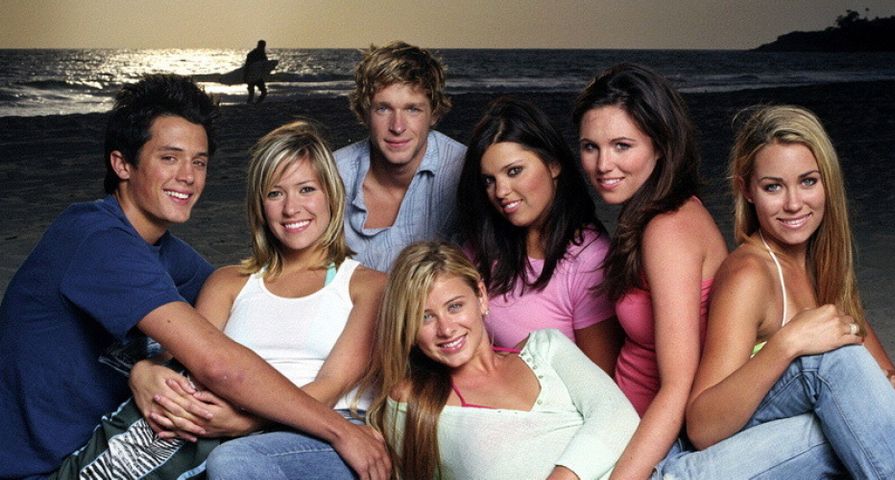 Laguna Beach first debuted back in 2004 and only went for three seasons. Despite the show’s short life span, it launched the careers of Lauren Conrad, Kristin Cavallari and Stephen Colletti. The show was so influential that shows like The Real Housewives and Vanderpump Rules just wouldn’t have happened without it. It’s been over 10 years since the show went off the air, so here are 10 behind the scenes secrets about the famed reality series:

According to Kristin Cavallari, the producers created the love triangle between her, Lauren Conrad and her boyfriend at the time, Stephen Colletti. “Normal high school relationships are dramatic enough, but ours now had the added pressure of being seen by MTV viewers across the country as well as being manipulated by the show’s producers, a set of adults were very suddenly involved in the intricacies of our lives,” she wrote in her book Balancing in Heels. “Surprisingly, the producers had a bigger effect, as they controlled and mapped our lives more than we were aware. One of the most hurtful things they did was pressure Stephen to spend time with another girl from the show, Lauren, while he and I were dating. It certainly provided some juicy conflicts, but it also affected me deeply. I felt threatened. On one side, it seemed like the producers were trying to break us up, which was intimidating. On the other side, I was worried that my relationship with Stephen was becoming less stable, even though I knew if we hadn’t been on television, he wouldn’t have been spending time with another girl.”

The producers would manipulate footage to make it look like Stephen Colletti was flirting with Lauren Conrad in front of Kristin Cavallari. “During that same trip to Cabo, I had to go to dinner with the cast—whom I normally wouldn’t go to dinner with—and Stephen was mouthing ‘I love you’ and being incredibly sweet to me even though we were broken up. But during editing, the producers made it seem like he was saying a lot of that to the other girl he was ‘seeing’ and that I was rolling my eyes at him, which wasn’t the case,” Kristin wrote in her book Balancing in Heels.

Producers would manipulate situations by feeding the stars lines and creating content after the fact to help fill in the story. “The only time producers fed me lines on Laguna Beach were more fake phone calls or pickup scenes. We’d film for nine months out of the year and then they would start cutting episodes together and they would realize that they needed a specific scene. So then we’d go back and film prom as though it didn’t happen yet or we’d film it as though it just had happened. It wasn’t necessarily an exact line as what to say on Laguna Beach. It was more just ‘talk about this,’” Kristin told Buzzfeed.

7. Kristin Was Chosen To Be the Bad Girl

Producers really manipulated footage to make Kristin Cavallari into the show’s bad girl. “If Kristin said something nice about someone, we would edit it out. We wanted her to be the bad girl. That’s what you do in reality producing. But we told an authentic story,” Liz Gately, the show’s creator, told TV Guide.

6. How Kristin Was Cast

Kristin Cavallari had almost missed out on auditioning for Laguna Beach because she and her family had been away on a ski trip when MTV began casting. When she finally received the 20-page packet part of the audition, one question asked, “Who do you think is going to be prom queen?” She responded with, “I don’t know and I don’t care as long as it’s not Lauren Conrad.”

5. The Show Intensified the Conflict Between Lauren and Kristin

There was a feud between Lauren Conrad and Kristin Cavallari before the show came along; however, the show – and the dates that MTV sent Kristin’s boyfriend Stephen Colletti on with Lauren — helped to escalate the feud. “I think because of the show, the rivalry between Lauren and I sort of escalated. We were never friends. We just weren’t. I didn’t hate her before MTV came and the way it sort of turned into. And that’s because I felt like she was trying to steal my boyfriend,” Kristin told Buzzfeed.

The show’s creator Liz Gately initially pitched the show as Heathers meets 90210 meets Dawson’s Creek and they wanted to film while they were in school; however, the school board didn’t want the high school to be involved in the MTV show after the 2004 Super Bowl incident when Janet Jackson’s breast was briefly exposed.

One thing that was not shown on Laguna Beach was Lo Bosworth’s wild side. “Lo’s mom was super strict and Lo was like a wild child. We never really got to show the real Lo because her mom was definitely on her like a hawk,” creator Liz Gately said.

Stephen Colletti got mad at producers for including footage of him getting upset over his relationship with Kristin Cavallari. “A couple of our guys were not happy that we showed them upset and forlorn about some of the girls after a breakup,” creator Liz Gately said. “I don’t remember the exact scene. [It was] definitely a Stephen scene. Lots of Stephen.”

1. Stephen and Kristin’s Relationship Was the Real Deal

According to Kristin Cavallari, her torrid romance with Stephen was the real deal. They began dating when she was a sophomore in high school and the show began filming during her junior year. “He was my entire world, and we loved hard and fought hard. My relationship with Stephen went from our own high school romance to the fodder of a hugely successful television show,” she wrote in her book, Balancing in Heels.