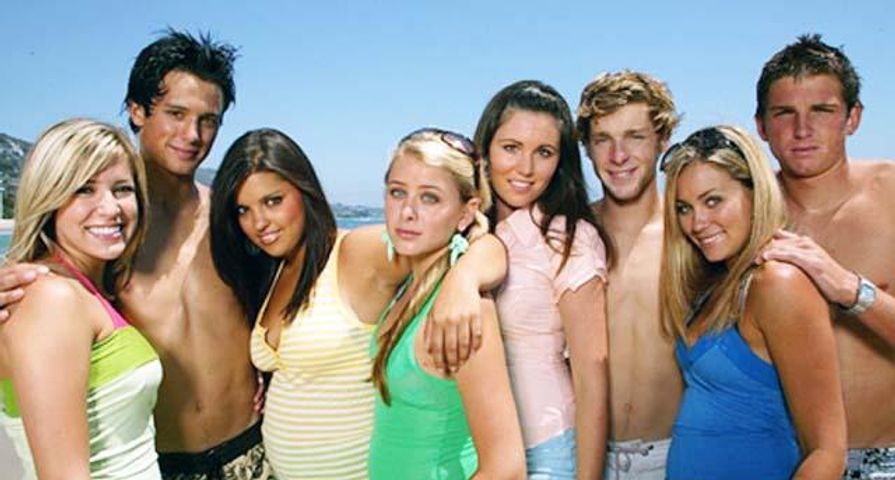 It’s been a decade since the original cast of Laguna Beach took its final bow on MTV and the reality TV stars started life outside of high school. Since the show aired, rumors flew over whether the show’s events were real or fictionalized for the sake of ratings. According to Stephen Colletti, “Any time people’s lives are displayed on TV, and there’s cameras around, there [is] a barrier there…But…these people did all live in Laguna and we did all know each other.” Now their secrets are out and here is an exposé on Laguna Beach: The Fake Orange County.

While filming Laguna Beach, Stephen Colletti took Lauren Conrad out to dinner and brought her flowers, all while he was dating Kristen Cavallari. According to Cavallari, these dates were set up by the network and “never would have happened if it weren’t for the show.”

Kristin Cavallari is actually not the bad girl she is made out to be on Laguna Beach. The show’s creator Liz Gateley stated, “If Kristin said something nice about someone, we would edit it out. We wanted her to be the bad girl. That’s what you do in reality producing.” Cavallari wasn’t happy about this. “I was really, really upset. I cried for hours and hours after I saw the first episode,” she said.

The show featured more than one cat fight, but the fist fights were all done to add drama to Laguna Beach. Kristen Cavallari admitted that she “faked fights.”

Often, the scenes and scenarios shot on Laguna Beach were re-enactments of events that had taken place a month ago or something that would happen in the future.

Many of the conversations where the teens dish dirt on each other were originally not filmed. The film crew would manipulate the stars’ discussions by prompting them to talk about something they had been chatting on earlier that day. Creator Liz Gateley said, this technique was necessary to cover the stories that took place at school.

Throughout the first two seasons of Laguna Beach, Lo Bosworth and Lauren Conrad were attached at the hip, with the exception of the senior trip to Catalina. Bosworth told friends and the network she couldn’t go because her parents wouldn’t allow it, but this was a total lie. Bosworth wanted to go to a friend’s party instead.

6. The Kristen Versus Lauren Showdown

Laguna Beach revolved around the Kristen Cavallari, Lauren Conrad, and Stephen Colletti love triangle, which pitched the two girls against each other for two seasons. However, Cavallari told the Huffington Post, “we were 17 and 18, and they [MTV] made it a lot worse than it was.” In that same interview, Cavallari also said, “we actually have had a lot of really fun nights together, so she can be a lot of fun.”

All Laguna fans know that Lo Bosworth is a party animal and Lauren Conrad’s best gal pal. According to creator Liz Gateley, viewers never got to see the real Bosworth, because her “mom was super-strict and Lo was like a wild child…We never really got to show the real Lo because her mom was definitely on her like a hawk.”

When casting Laguna Beach, the teens of Laguna High auditioned and then a group of eight were chosen to star in the series. While they were portrayed as close friends, in reality they were just acquaintances.

In the fourth episode of the first season (“18 Candles”), Lo Bosworth and Lauren Conrad got into a spat with Christina Sinclair and Morgan Sounders, because Bosworth and Conrad weren’t invited to Sinclair’s birthday party. In reality, Bosworth really didn’t care, but the stars who were the center of the most drama, got the most screen time.

Jessica Smith comes off as the shy and innocent girlfriend of player Jason Wahler. Smith, however, claims “I’m not like that…I can hold my own.” Oh really?

1. The Parents Write the Checks

In the show, it appears that the teens have their salon trips and shopping sprees paid for by their parents, but according to a Laguna teen, who didn’t appear on the show, the network pays “for everything and make it look like parents pay for it.” Creator Liz Gateley denies these claims, arguing that MTV only paid for the permits.