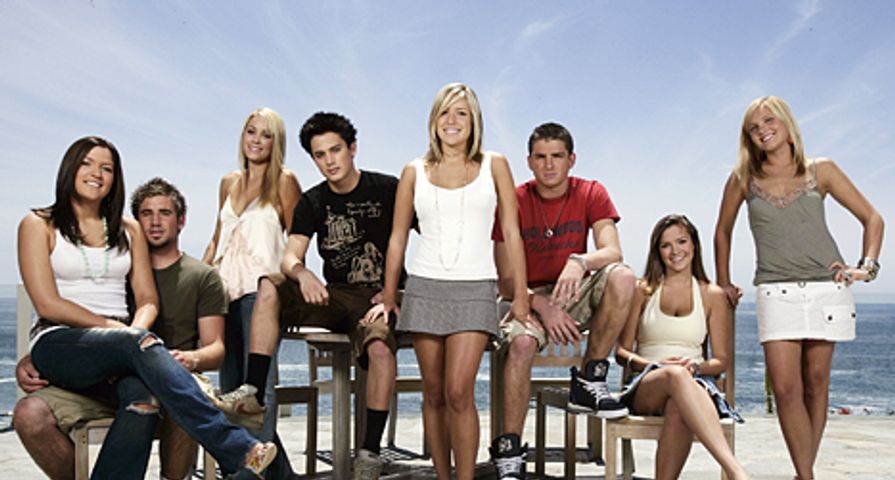 The reality teenage drama was created by Liz Gateley and produced by Tony DiSanto, and it aired on MTV from 2004 to 2006.  It followed the lives of Lauren Conrad and her gang of privileged and beautiful O.C. classmates. The wealthy teens finished their last years at Laguna Beach High School and left a trail of drama, backstabbing, cheating, partying, and lying in their wake. After the first two seasons, the original cast was replaced by a new gang of adolescents and it was cancelled after that. Check out some things you may not have known about the “real” kids of the O.C.

Kristin Cavallari is not originally from Laguna Beach, unlike many of her cast mates. She was born in Colorado and then moved in with her mother in Chicago. She started living with her dad in Laguna Beach after she finished junior high.

When the show was in its early stages of planning, it was supposed to follow students on the grounds of Laguna Beach High School.  However, this idea was scrapped after the Janet Jackson wardrobe malfunction at Super Bowl XXXVIII. The Super Bowl and Laguna Beach were produced by MTV and the school board decided the network could not be responsible for working on a school campus.

13. And There Goes the Neighborhood

It was claimed by the journal Economics Letters that since the show aired, crime had risen in Laguna Beach. Those who lived in the area argued that the show hyped up alcohol and drug abuse, violence, and had sexist undertones. However, Laguna Beach also experiences more tourism since the show first ran.

Laguna Beach: The Real Orange County inspired several spinoffs, including The Hills, which followed Lauren Conrad when she moved to L.A. to work in fashion, and Newport Harbor: The Real Orange County (2007-2008); however, it failed to attract viewers and was cancelled after one season. The Hills also had its own spinoff call The City. It showcased Whitney Port who moved to New York City, but it was cancelled after two seasons.

11. The People of Walmart

When Lauren Conrad’s aunt spotted the Laguna Beach poster in Walmart, Lauren Conrad told The New York Times, “The first time I ever was in a Walmart, and it’s on a poster.”

Kristin Cavallari recently told Oprah that she was manipulated by MTV throughout the show’s run. When it came to her relationship with Stephen Colletti, she said “Basically my boyfriend at the time, the producers would have him go and take out Lauren Conrad, take her to dinner, bring her flowers, which never would’ve happened if it wasn’t for the show.”

In 2012, six years after Laguna Beach was cancelled, it aired as part of MTV’s’ ‘Retro Mania.’ The year after, the Laguna Beach marathon was called ‘RetroMTV Brunch.’

Currently, Justin ‘Bobby’ Brescia has his own hair care business and is based in Nicaragua, and Manhattan Beach. He created Brush Your Hair, a haircare line. When he is not hairstyling, he tours with the band Bobby Rock.

7. I Wish They All Could be California Girls

While looking for the cast of Laguna Beach, creator and executive producer Liz Gateley was trying to find a group of girls similar to Mean Girls and Heathers. She wanted a clique where everyone was beautiful and intriguing, which is why they chose Laguna because “They’re a dime-a dozen in Southern California. They’re everywhere,” she told The New York Times.

Until Laguna Beach, most reality TV shows were filmed with shaky cameras and included confession booths where cast members dished on what he or she is really thinking. But the show ditched those methods and went for a style of shooting similar to Dawson’s Creek, which gives the show more polish and the appearance of a scripted teen drama.

5. Are You There God? It’s Me, Christina

When asked by Time Magazine why she auditioned for Laguna Beach, Christina Sinclair said: “I had just gotten cast as the lead in the [high school] musical. I was loving it. I really felt that God wanted me to kind of pursue that more in-depth.”

In 2005, when the series ended, Kristin Cavallari told The New York Times: “I want to go to college and study broadcast journalism, and also I’m going to start taking some acting classes.” In the last ten years she has appeared in some small roles and was featured on Dancing with the Stars in 2012. She is currently expecting her third child with Jay Cutler, the Chicago Bears quarterback.

When auditioning for the cast of Laguna Beach, high school students went to an open audition and got a 20-page information booklet on the show. Then they took a picture and did interviews on camera. Not all of the eight people chosen for the show were friends, but they knew each other. From there, some of the cast members pulled in their friends, which is how Lo Bosworth was cast.

Originally, the network wanted to film Laguna Beach like The Real World and have cameras in the teens’ bedrooms, but the cast refused and said “Absolutely not. That’s not happening.”

Christina Sinclair and Stephen Colletti grew up and even bathed together as children. Colletti’s mom is also Sinclair’s godmother.