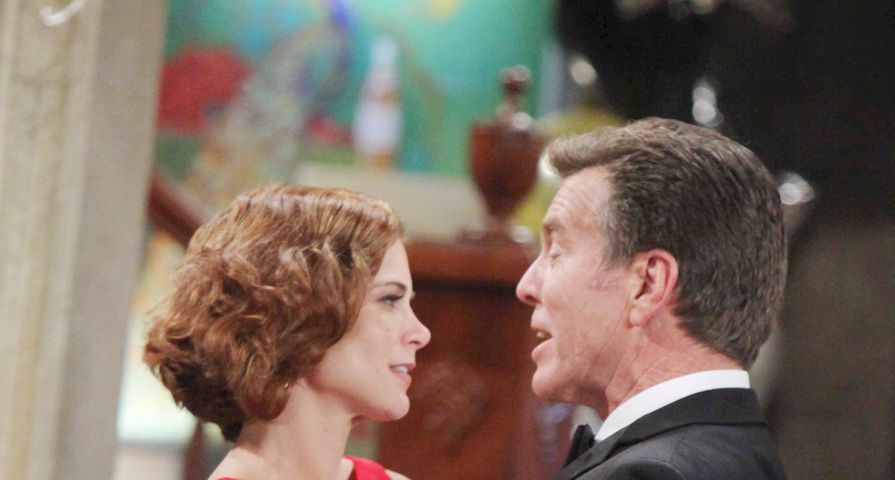 A great soap opera super couple needs three key ingredients: chemistry, adventurous (and ongoing) storylines, as well as a genuine love for one another. The land of daytime drama is filled with couples — some good, some okay, and some who simply didn’t work. Then there are those super couples who create magic on daytime screens, but still never end up together. Below are 12 great soap opera couples who should’ve made it, but never did.

Sharon has never been able to be one-hundred percent honest within any of her relationships, with lying and trust issues major deal-breakers in the past with other lovers. However, Dylan was different. He truly accepted Sharon for exactly who she was and genuinely understood and forgave her whenever she withheld the truth from him. Dylan ended up leaving Genoa City and divorcing Sharon, but this had to do more with his job and entering the witness protection program than a lack of wanting to work things out.

These teenage sweethearts had quite the romance back in the day, but an affair while they were ‘on a break’ lead to the end of their relationship. Frankie left town in the late 1980s, and Jenn eventually moved on to Jack Deveraux, and we all know how that ended up! Had Frankie not left Salem and truly tried to work things out with Jenn, who knows what would’ve become of these two.

Robert and Anna are still as tight as ever, and despite the fact that things never really worked out (couple-wise) in the end, they are still the best of friends and excellent parents to Robin. But, why didn’t it work out? The two had great chemistry, stellar communication, and their personalities meshed well. Perhaps one could blame too much super spying (on Robert’s end) for this failed relationship.

For once, Nick was with a non-manipulative, smart, and independent woman who had a truly kind heart (and who didn’t lie to him to boot!) These two were a match made in Genoa City heaven. Sadly, they ended their relationship because Nick couldn’t get her sister, Phyllis, off his mind. He’s always been such a sucker for the bad girls!

They share two beautiful children together, and once they both cleaned up their acts (in terms of scheming and manipulation, well, Sami never entirely cleaned up her act, but she did get a bit better), these two made a pretty good team. The downfall for them can be summed up in two words: E.J. DiMera. Sami and Lucas really should’ve made it, considering their history and what they had been through to be together; however, once DiMera rolled into town, Sami was simply a sitting duck when it came to relationships with anyone else.

Jason and Courtney made a fantastic pair. Plus, the easy thing about dating Courtney was that she truly understood Jason’s job, after all, he was her mob brother’s sidekick. The sad reality is that it was Jason’s connections to the mob that broke this couple apart in the end. Not many women in Port Charles can handle Jason’s shady business, and Courtney was not one them.

Jack has loved many women over the years, but nothing has compared to his love for Red. Sadly, while these two have broken up and gotten back together numerous times, the biggest obstacle they have had to face during their relationships was Phyllis’ infidelity. If she could stay away from other men and not cheat on Jack, they might be able to make it…someday.

Brady certainly has his hands full with the Donovan sisters lately, and the last thing he needs is an ex popping back into town; however, it’s undeniable that Melanie and Brady had super couple written all over them. They were simply good together and made a cute couple. Unfortunately, Melanie stepped aside so that Brady and Theresa could build a family with their son Tate. Perhaps if she had known how it would’ve turned out, she may not have been that noble after all.

These two were high school sweethearts, turned lovers, turned husband and wife. Lucky and Liz were the ultimate GH super couple and fans adored watching them grow up onscreen, while their love continued to blossom over time. Most soap opera couples have some sort of issues, and Lucky and Liz had their fair share while raising a family together. Perhaps the biggest ones amongst the group were Lucky’s addiction issues at one point in time, and Liz’s affair with his half-brother Nikolas.

These two may still make it in the land of Genoa City, but as of right now, it doesn’t look too promising. Billy and Vicky made such a great couple because of chemistry, the fact that they were total opposites, and how well they got along on a friendship level. The biggest wedge that came between them was Billy’s lying and screwups, so if he ever does get a second chance with her, here’s hoping he cleans up his act.

These two really should’ve made it, but we all know why they didn’t. Nicole was too much of a schemer in her younger years to appreciate Eric and when she did get her act together, Eric was a priest. Not to mention the fact that there was a time when Eric was in prison and Nicole was on the run with her infant daughter because of a custody battle. Moreover, the biggest reason that Nicole and Eric didn’t make it was not just all the obstacles they faced over the years, it was Brady blackmailing Nicole out of town so that the two of them could never be together.

Kevin Collins and Laura Webber do make an adorable couple, but are any other GH fans scratching their heads as to why writers didn’t try to reunite him with former flame Lucy Coe when both have re-emerged in Port Chuckles? Lucy and Kevin were funny together, had a magic spark, and Collins brought out the best in Coe. Laura and Kevin seem like a long-term deal; however, it’s still sad that Kevin and Lucy never really made it when they should’ve.