Home » Entertainment » Celebrities » Cast Of Scrubs: How Much Are They Worth Now?

Cast Of Scrubs: How Much Are They Worth Now? 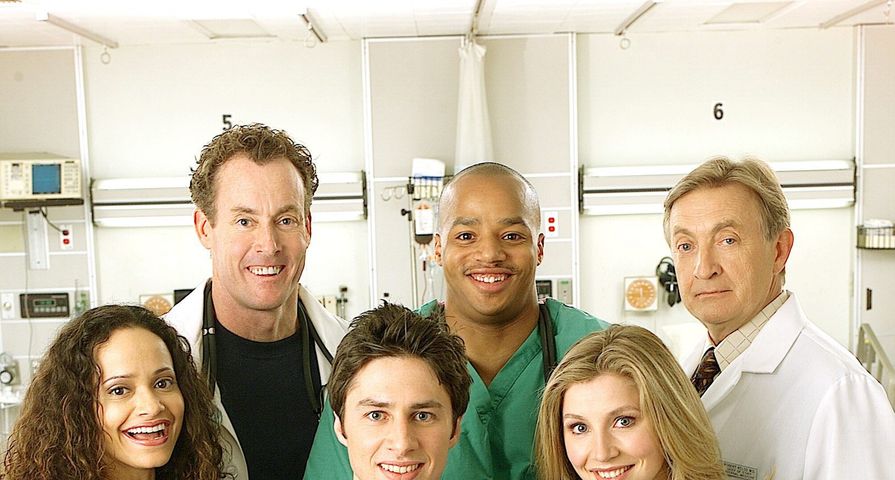 Before Grey’s Anatomy took the television world by storm, there was another semi-similar and widely popular medical drama called Scrubs. The show took a more comedic approach following the lives of low-ranking surgical scrubs and interns who worked at the fictional Sacred Heart teaching hospital. Scrubs received widespread critical acclaim throughout the first 8 seasons with a highly praised cast and great sense of humor. It ran for 9 seasons from 2001 to 2010 which is a pretty incredible feat for a television series nowadays! Surprisingly, it’s now been six years since the show went off the air, so we’ve decided to take a look and see how much the main cast members are worth now!

Estimated Net Worth: $6 million. Judy Reyes is best known for the character of Carla Espinosa on Scrubs and her current role as Zoila Diaz on the Lifetime show Devious Maids. Judy has appeared in a few films over her career, but nothing notable. Her main focus has always been on television doing made-for-TV movies and series. She received critical acclaim for her role in the TV movie The Pregnancy Project and Little Girl Lost: The Delimar Vera Story, as well as her notable role on the long-lasting Scrubs series. In addition to her main roles, she’s done many appearances on shows like Fresh Off the Boat, Law & Order, Medium, Cosby and NYPD Blue. Her biggest money makers have definitely been Scrubs and Devious Maids which leaves her with an estimated net worth of $6 million.

Estimated Net Worth: Unknown. Maschio was a well recognized actor during the early 2000s when he took on the role of Dr. Todd Quinlan, otherwise known as ‘The Todd’ on Scrubs. Since the show ended his career has hit a standstill. Outside of Scrubs he’s only done one episode appearances on shows like Cougar Town, Men at Work, Spin City, Veronica Mars and As the World Turns. It’s not surprisingly Maschio’s net worth is largely unknown because he hasn’t exactly been working much. If we were to guess, it’s probably around $350 thousand.

Estimated Net Worth: $5 million. This popular television and film actor is best known for his comedy roles on television. He’s currently part of the main cast on the series The Middle, but previously his biggest television role was as the janitor on Scrubs! Flynn has been appearing on shows since the early ’80s, so he’s racked up quite the list of credits! His most notable appearances have been on shows like Early Edition, Buzz Lightyear of Star Command, Smallville, Joey, Boston Public, NYPD Blue, Seinfeld and Ellen — just to name a few. He’s been in a few with small roles like Major League, The Fugitive, Mean Girls, Home Alone 3, Indiana Jones and the Kingdom of the Crystal Skull and Cloudy with a Chance of Meatballs. All in all, Flynn has a very successful career and he’s now got an estimated $5 million to show for it!

Estimated Net Worth: $14 million. This Canadian actress has an impressive resume! Her most notable roles have been on popular series like Scrubs, Roseanne, How I Met Your Mother and on the adult animated series, Rick and Morty. She’s also held a recurring role on Cougar Town. When it comes to the film industry, Chalke can be found in the following movies: Mother’s Day, Chaos Theory, Cake, Mama’s Boy and Alchemy. At the beginning of her television career, she did many TV movies, but then landed a role as Becky Conner-Healy on Roseanne which lead to a recurring role on Nothing Too Good for a Cowboy and eventually her main casing on Scrubs as Dr. Elliot Reid. She’s also appeared on shows like Maneater, Cougar Town, American Dad!, How I Met Your Mother, Grey’s Anatomy and her present job on Rick and Morty. Chalke’s net worth is incredibly high due to her continuous work and notable roles leaving her with an estimated $14 million!

Estimated Net Worth: $22 million. For a long time, Zach Braff’s role as John “J.D.” Dorian earned him numerous nominations for not only a Golden Globe but also a Teen Choice and People’s Choice Award. He directed 7 episodes during his time on set and when Scrubs was at its peak, Braff was making $350 thousand an episode! He hasn’t taken on any other starring roles on television since, but he does appear on shows like Cougar Town, The Exes, Community, Undateable and Arrested Development. Braff’s other huge accomplishment thus far in his career was the critically acclaimed film Garden State. Not only did he star in the film, but he was the director, writer and executive soundtrack producer. He also directed the upcoming film Going in Style and directed, wrote, produced and starred in the film Wish I was Here. His other starring film credits are in Oz the Great and Powerful, The Ex, The Last Kiss, Chicken Little, The High Cost of Living and The Color of Time. With all of his accomplishments and nominations, it’s no surprising that Braff has an estimated net worth of $22 million!

Estimated Net Worth: Unknown. Ken Jenkins has been keeping a low profile. His most notable role was as Bob Kelso, the Chief of Medicine on Scrubs. He’s also appeared in a few films like The Abyss, Air America, Last Man Standing, Fled, Gone in 60 Seconds, I Am Sam, The Sum of All Fears, Courage Under Fire and a remake of the film Psycho. After Scrubs ended he took on a recurring role in Cougar Town alongside Courteney Cox and most recently can be found in the historical HBO TV movie All the Way. Jenkins net worth is unknown most likely due to his lack of leading, starring or main castings. It seems like his career peaked while he was on Scrubs, but he has failed to keep it up since. He is still acting, just not as frequently. His net worth is most likely around $1 million.

Estimated Net Worth: $12 million. This veteran actor is well credited for his film and television roles, but also as an author and former comedian. His biggest roles over the past three decades have been as Perry Cox in Scrubs, Bob Slydell in Office Space, Captain Hendrix in The Rock, Sergeant Red O’Neill in Platoon and Marv in Wall Street. Behind the camera, McGinley produced the film Watch It and wrote the screenplay for Suffering Bastards. He’s appeared in almost 60 films and a few TV films. In addition to his critically acclaimed starring role on Scrubs, he was also a series regular on the show Ground Floor and made appearances on shows like Burn Notice, The Practice and voiced characters on Kim Possible, Clone High, Dan Vs., WordGirl, Justice League Unlimited, and Spider-Man: The New Animated Series. Today, John C. McGinley is estimated to be worth a high $12 million.

Estimated Net Worth: $10 million. Faison has a well recognized face in Hollywood with some big roles under his belt on shows like Clueless, Scrubs, The Exes and a recurring role on Felicity. His biggest film roles were co-starring in Remember the Titans, Let’s Kill Ward’s Wife, Skyline, Uptown Girls, Something New, Clueless, Next Day Air and Kick-Ass 2. In addition to his on-screen acting, since Scrubs ended Faison went on to do a lot of voice acting. Some of his biggest voice roles have been in Clone High, Robot Chicken, Higglytown Heroes, Kim Possible, The Boondocks, American Dad!, Supermansion, Tron: Uprising and the film Good Boy! Faison has been continuously working since the early ’90s and he’s had a lot of great roles over the past 25 years which leaves him with a hefty net worth of $10 million!