Home » Entertainment » Celebrities » Cast Of Sabrina, The Teenage Witch: How Much Are They Worth Now?

Cast Of Sabrina, The Teenage Witch: How Much Are They Worth Now? 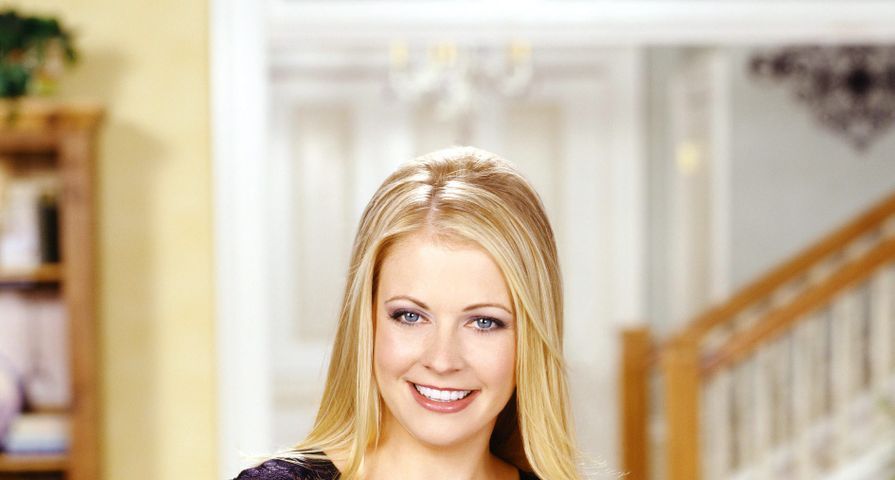 Viewers fell in love with the adorable blended Spellman family of witches and their talking black cat. Sabrina lived with her two wacky aunts who taught her how to use and control her magical witch powers as she strives to be just a normal kid in high school and eventually college. Sabrina, the Teenage Witch was based on the Archie comic book by the same name and was an amazing sitcom that aired for seven season from 1996 to 2003. It’s been 14 years since the final episodes aired and we’ve decided to take a look back at some of the main stars on the show to see how much they are worth now!

Estimated Net Worth: $6 million. Martin has managed to rack up quite an impressive resume of acting credits, but in addition to that he’s also a comedian, painter and even a recording artist! Mull’s musical career started when he wrote the Jane Morgan single, “A Girl Named Johnny Cash.” After that he began recording his own music for himself and performing satirical humorous songs both live and in recording studios. He has opened for some big names like Randy Newman and Bruce Springsteen. Taking a look at his acting career, Martin has appeared in 25 films, but his most notable performances were in Clue, Take This Job and Shove It, Mr. Mom, O.C. and Stiggs, How the West Was Fun (starring the Olsen twins), Richie Rich’s Christmas, and Killers. His biggest roles on television have been on Roseanne, Sabrina, the Teenage Witch, The Ellen Show, Danny Phantom, Arrested Development, ‘Til Death and American Dad! He has also made appearances on shows like The Golden Girls, That ’70s Show, Reba, and Community. Martin Mull has been quite successful and it’s all paid off because he’s now worth an estimated $4 million.

Estimated Net Worth: $4 Million. Most of us might remember Elisa Donovan as Amber from Clueless, but today she’s widely recognized as a successful actress, writer and producer! Donovan had quite a few leading roles on television series, she started out with a recurring role on Beverly Hills, 90210, and soon after landed her main role on Clueless. She has also had a main role on Sabrina, the Teenage Witch, The Lake, In Gayle We Trust and a recurring role on Whole Day Down. She’s done a bunch of television films and made appearances on shows like Jack & Jill, NCIS, Judging Amy, Just Shoot Me!, and Melissa & Joey. Her film career isn’t as active but she’s had some roles in notable films like Clueless, A Night at the Roxbury and A Golden Christmas. Her net worth is reportedly around $4 million.

Estimated Net Worth: $9 million. This actress not only works in front of the camera, but she’s also quite successful behind the scenes as a director and screenwriter. She’s been acting from an extremely young age with her first big role being Penelope “Punky” Brewster on Punky Brewster. Her film career hasn’t been as extensive as her career on television, but she’s appeared in films like You Ruined My Life and Motel Blue, plus she wrote and directed a few small films. After her career as Punky ended she moved onto voicing Punky on the animated series It’s Punky Brewster. It took Frye a while to land another lead role, which was on Sabrina, the Teenage Witch in 2000. In between she did a lot of television movies and made appearances on shows like The Wonder Years, Saved by the Bell, and Friends. Lately, Frye has been working as a voice actor for The Proud Family, The Proud Family Movie, Robot Chicken and Planet Sheen. She also opened a boutique in L.A., released two books and hosted a web series. Despite her sporadic success, Soleil Moon Frye has played some iconic roles and now she’s worth an estimated $9 million!

Estimated Net Worth: $2 million. Lindsay Sloane’s most successful role on television was as Valerie Birkhead on Sabrina, the Teenage Witch. However, since then she’s moved onto bigger and better things like acting in the feature films, She’s Out of My League, The Other Guys, Horrible Bosses, Bring it On, and Horrible Bosses 2. She started her career with a recurring role on The Wonder Years and Mr. Rhodes until she landed her main role on Sabrina. After that she got another main role on Grosse Pointe, The Stones, and Playing House. Her most recent series regular role was on the show The Odd Couple as Emily. In addition to these roles she’s also appeared on shows like The League, How I Met Your Mother, Weeds, Entourage, The West Wing and That ’70s Show — just to name a few. It’s clear Lindsay has been keeping busy with a long list of credible jobs, so it’s no surprise she’s worth an estimated $2 million dollars.

Estimated Net Worth: Unknown. Nick Bakay is a writer, comedian, actor, and even a sportscaster. His most notable roles on screen have been as the voice of Salem Saberhagen on Sabrina, the Teenage Witch, Sabrina: The Animated Series, The Angry Beavers and Karl on the Fox series, ‘Til Death. He was also a producer on that series until it was canceled. In addition to these acting credits, Bakay worked at Comedy Central writing and appearing on shows, and in 2000 he worked as a producer on King of Queens. He even wrote and acted in a few episodes which lead to him writing the script for the film Mall Cop and Mall Cop 2 starring King of Queens actor, Kevin James. Bakay also wrote and voiced the Comedy Central cartoon The Adventures of Baxter and McGuire and produced the series Mom and ‘Til Death. Outside of acting, Bakay is an avid sports writer and commentator for ESPN. Nick has done a lot of great work over the past few years, so it’s surprising his net worth is unknown. If we were to take a guess it is most likely around $4 million.

Estimated Net Worth: $3 million. The character of Zelda Spellman on Sabrina, the Teenage Witch remains one of the biggest roles of Beth Broderick’s career. She continued working on-screen after the show ended, but has never reached the same level of success. Instead, Beth does guest roles on tons and tons of shows like Melissa & Joey, Under the Dome, Lone Star, Castle, Cold Case, Lost, ER, CSI, The Closer, Supernatural, Married…with Children, and Leverage, to name a few. Broderick has also done some film work with her most notable roles being in Fly Away, Bad Actress, Man of the Year, and Thousand Pieces of Gold. Her biggest money making role has most definitely been on the Sabrina sitcom, and despite her lack of leading roles, she’s maintained her wealth over the years because she’s still worth an estimated $3 million.

Estimated Net Worth: $2 million. Caroline Rhea is most well recognized for her time on Sabrina, the Teenage Witch, but also as the original host for the NBC reality series, The Biggest Loser. Her lead role on Sabrina was one of her first acting jobs and since then she hasn’t done much on-screen acting, but rather moved onto voice work and reality television. She has voiced characters on Fillmore!, Phineas and Ferb, and Phineas and Ferb the Movie. She appeared on The Drew Carey Show, 2 Broke Girls and The Suite Life of Zack & Cody. She hosted The Biggest Loser, Cake Walk: Wedding Cake Edition, Family Feud, Underfashion Club, and briefly had her own talk show called The Caroline Rhea Show. When it comes to films she has done a lot of made-for-TV movies and had roles in movies like The Perfect Man, Ready to Rumble and Christmas with the Kranks, but she doesn’t do too much regular acting work lately. This doesn’t matter because she’s still worth an estimated $2 million.

Estimated Net Worth: $14 million. Melissa Joan Hart never slowed down after her show Sabrina, the Teenage Witch was cancelled. She is now a producer, directer, singer, fashion designer and business woman! As an actress, she is best recognized for her time on the sitcoms Clarissa Explains it All, Sabrina, the Teenage Witch and Melissa & Joey. She hasn’t appeared in many films, but rather focused on doing made-for-TV movies and did guest appearances on shows like The Mysteries of Laura, Law & Order, voicing a character on Robot Chicken, Just Shoot Me!, That ’70s Show, Touched by an Angel, Clueless, Boy Meets World and did a stint on Dancing with the Stars. She opened up a candy shop, but was forced to close after a lawsuit, and started a fashion line with her husband called King of Harts. Melissa is the most successful of all her co-stars because she’s worth a whopping $14 million!