Cast Of Private Practice: How Much Are They Worth Now? 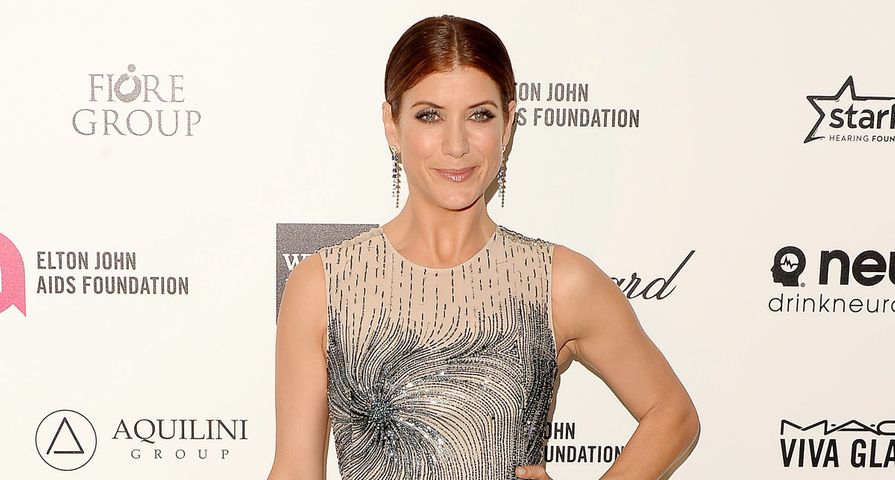 Private Practice was a medical drama spin off from the widely popular series, Grey’s Anatomy. The show lasted for six seasons and was created by primetime genius, Shonda Rhimes. The show had a lot of success because it featured one of the main characters from Grey’s Anatomy, Kate Walsh, also known as Addison Montgomery. It followed her as she left Seattle Grace after she finally realized her marriage to Derek was over to go live a more relaxed life with her friends at the Seaside Wellness Center in L.A. Private Practice had a lot of cross over between Grey’s Anatomy, making it even more appealing to loyal fans of the OG series. The show went off the air three years ago, back in 2013 and despite the continued success of Grey’s, we have been going through some serious withdrawal since the show ended! Here’s a look back on some of the main cast members to see how much they are worth now!

Estimated Net Worth: $700 thousand. This young and cute actor has two big roles under his belt, first as Stosh “Piz” Piznarski on Veronica Mars and later as William “Dell” Parker on Private Practice. Despite these two great roles, Lowell doesn’t have a long resume. He has a short career, but its’ been quite successful! He got off to a great start with a recurring role on Life as We Know It and then moved right into Veronica Mars. From there he appeared in the movie Graduation, guest starred in two episodes of Grey’s Anatomy, securing a main role on Private Practice. Chris Lowell now focuses mostly on films, he appeared in Up in the Air and starred in Love and Honor, Veronica Mars and Enlisted. In addition to this, he also directed, produced and co-wrote the film Beside Still Waters! He hasn’t been very active in the past two years, so his net worth is slowly climbing as it currently sits at about $700 thousand.

Estimated Net Worth: Unknown. Despite acting since the early ’80s, Brian doesn’t have a long list of credits to his name, but that’s because he’s been tied up in regular or recurring roles for the majority of his career. He first started out appearing on the show Kay O’Brien and then landed a main role on the HBO series, Dream On as Martin Tupper. After that he got a job as a co-executive producer on his own show called The Brian Benben Show. He appeared in the popular series Masters of Horror, Scandal and Grace and Frankie, but his most memorable role was as Dr. Sheldon Wallace on Private Practice. He first began in a recurring role for season 2 and 3 but was soon promoted to a main cast member for season 4, 5 and 6. Brian starred in the films Gangster Wars, I Come in Peace, Radioland Murders and appeared in the film Clean and Sober starring Michael Keaton. Brian Benben’s estimated net worth is largely unknown and that is most likely due to his small resume, but it is quite surprising because he’s had notable roles in his career. He’s most likely sitting on a net worth of about $1 million.

Estimated Net Worth: $500 thousand. This southern actress started her career in the early 2000s with minor roles in huge films like The Sixth Sense and The Sterling Chase. She then moved onto television with a guest appearance on All My Children as Alison Waters and an episode of Law & Order. She landed a recurring role on The Wedding Bells and a main cast role on Private Practice as the cold, but lovable Charlotte King. Strickland has a strong background in film with starring roles in Anacondas, The Grudge, Fever Pitch, The Flock and The Family that Preys. She has also appeared in the films Girl, Interrupted, Anything Else, Something’s Gotta Give, The Stepford Wives and American Gangster. After Private Practice ended, KaDee got another main casting on the series Secrets and Lies and appeared in four episodes of The Player. However, she hasn’t been too active since these roles ended in 2015. Her estimated net worth is around $500 thousand.

Estimated Net Worth: $2 million. Paul Adelstein is a seasoned actor with a long list of television and film credits. He is most widely recognized for his role on Prison Break and Private Practice. His role on Prison Break was his first series regular role. He left in 2009, two years after he started a regular role on Private Practice. Once Private Practice ended, he took on a regular role on Scandal and briefly returned to Prison Break. Paul currently stars on Girlfriends’ Guide to Divorce and will be in the upcoming series, Chance. In addition to all these regular castings, he’s appeared in many shows like Law & Order, Scrubs, Without a Trace and Medium. When it comes to films he had starring roles in The Missing Person, Intolerable Cruelty, Little Fish Strange Pond and Return to Zero. He has also appeared in big films like Bedazzled, Collateral, Memoirs of a Geisha and Be Cool. It’s pretty clear Paul has been busy! He’s earned every penny of his estimated $2 million net worth.

Estimated Net Worth: Unknown. Grey’s Anatomy star Caterina Scorsone was Amelia Shepard on Private Practice before she ever joined the Grey’s family! Caterina started out as a recurring character on Private Practice, but was then upgraded to a main cast role for season 4 through 6. When that show ended she became one of the main stars on Grey’s, a position she currently holds now. Caterina hasn’t ventured much into a film career, she has mostly done made-for-TV movies — her most notable performance was on Alice as she was nominated for a Gemini Award. Before landing roles on the two popular Shondaland series, she had regular roles on Power Play and 1-800 Missing. Caterina has also done brief appearances on shows like Ready or Not, Goosebumps, The Associates, Crash and Castle. In 2014 she had a starring role in the film The November Man, but mainly she’s been focused on playing the character of Amelia Shepard. Caterina’s net worth is largely unknown, most likely because she hasn’t had many notable jobs besides Private Practice and Grey’s Anatomy; however, her roles on these two series have been important, so we’re sure she’s worth a good chunk! Her net worth is most likely around $1.5 million.

Estimated Net Worth: $2 million. Audra McDonald, is not only an actress, but also a singer who has appeared in many musicals such as Ragtime, A Raisin in the Sun, and Porgy and Bess. She has won six Tony Awards, has a lustrous recording career, and performs in concerts! She is by far the most active and multi-talented actor on this list. When it comes to film, her only starring role was in the Meryl Streep movie, Ricki and the Flash, but she’s appeared in big features like The Object of My Affection, It Runs in the Family and the upcoming Beauty and the Beast live-action film. She has been a bit more active on television with her most notable role being Naomi Bennett on Private Practice. She also had minor roles on Law & Order, Mister Sterling, The Bedford Diaries, Kidnapped, Good Wife and Sesame Street. Audra has done countless made-for-TV movies and appeared on stage for multiple theater productions. She frequently tours throughout the United States, performing as a singer and has recorded five solo albums! She’s currently worth an estimated $2 million.

Estimated Net Worth: $10 million. Tim Daly is an actor, producer and director! He has a few roles he’s widely recognized for, starting with Joe Hackett on Wings and voicing the character of Clark Kent on Superman: The Animated Series. He had a big recurring role on The Sopranos and of course his starring role on Private Practice as Pete Wilder. Today he stars on the show Madam Secretary as Henry McCord. In addition to these many starring roles, Daly has appeared on many other popular series like Almost Grown, The Nine, Judging Amy, Grey’s Anatomy, Hot in Cleveland, The Mindy Project, Hawaii Five-O, and Monk — to name a few. He also had a role on The Fugitive which earned him a Screen Actors Guild Award nomination. He has appeared in many Broadyway and off-Broadway productions and directed and produced the films Bereft and Execution of Justice. Daly film career is extensive. He has appeared in over 30 films! Tim Daly has an impressive resume so it’s no wonder his estimated net worth is a whopping $10 million.

Estimated Net Worth: $15 million. Amy Brenneman is another actress with an extensive career. Her most notable roles have been as Det. Janice Licalsi on NYPD Blue (a role that earned her two Emmy nominations), Judging Amy and, of course, as Violet Turner on Private Practice. She has appeared in many films, but starred in projects like Casper, Heat, Fear, Nevada, Nine Lives, The Jane Austen Book Club, 88 Minutes, The Face of Love and Downloading Nancy. Brenneman’s career took a huge turn for the better when she starred and created her own series called Judging Amy. The show was a huge hit and ran for six seasons! In addition to this huge accomplishment, Amy starred in Middle Ages, NYPD Blue, Private Practice and The Leftovers. She also held a recurring role on Frasier. It’s a resume like this that shows Amy Brenneman definitely earned her net worth of $15 million!

Estimated Net Worth: $16 million. Doctor Sam Bennett, we mean…Taye Diggs, is most definitely a successful actor. He has been hugely active in film and television with big roles on shows like Kevin Hill, Day Break, Ally McBeal, Private Practice, Murder in the First and Rosewood. In addition to these roles, he has appeared on Law & Order, Ed, The West Wing, Will & Grace, Better Off Ted, The Good Wife and NCIS. Taye Diggs is also well known on Broadway for his role in the musicals Rent and Hedwig and the Angry Inch. When it comes to films, Diggs has appeared in many, but his most nominated roles have been in Chicago, Rent, Brown Sugar, The Best Man, How Stella Got Her Groove Back, House on Haunted Hill, and Baggage Claim. In addition to his acting roles, Diggs wrote two children’s books and in 2016 will host the game show, You’re Back in the Room. Taye Diggs is currently estimated to be worth $16 million.

Estimated Net Worth: $14 million. This beautiful actress is not only successful on-screen, but she’s also an accomplished businesswoman! She is most well known for her role as Addison Montgomery on Grey’s Anatomy and Private Practice. Kate has appeared in many films, but she has only starred in a few of them like Just Before I Go, Angels Crest, and Legion. She did appear in some big ones like Bewitched, The Perks of Being a Wallflower, Under the Tuscan Sun and Kicking & Screaming. Kate has the most successful on television with leading roles on Grey’s Anatomy, Private Practice, Full Circle and Bad Judge. She has appeared in many others like Fargo, King of the Hill, CSI, The Fugitive and Law & Order to name a few. When working on Private Practice as the leading lady, she reportedly earned $175 thousand per episode! In addition to all of this, Kate founded the beauty and lifestyle company, Boyfriend LLC, which is now a multi channel retailer. All of her hard work has paid off because she’s worth a huge $14 million!