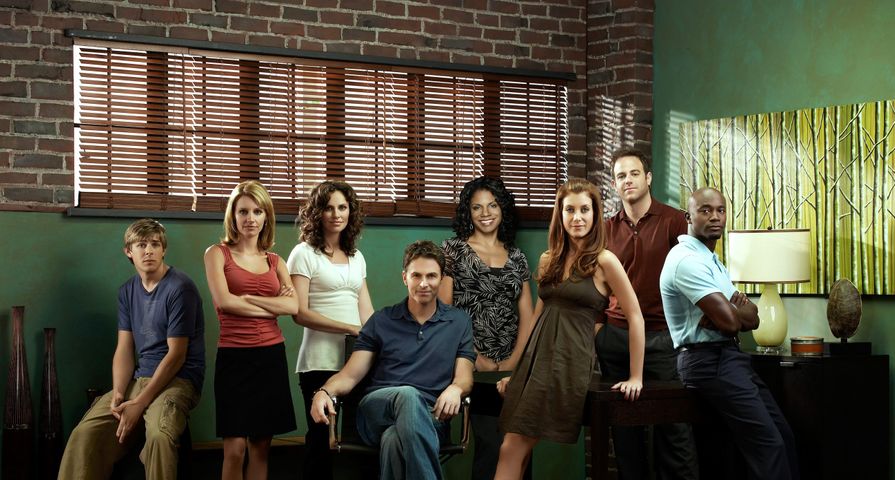 Grey’s Anatomy’s spinoff Private Practice follows Dr. Addison Montgomery (Kate Walsh) as she moves away from ex-husband Derek Shepherd and starts over at the Seaside Wellness Center (formerly Oceanside Health and Wellness Group) in California. Addison works with former husband and wife medical duo Naomi (Audra McDonald) and Sam Bennett (Taye Diggs), along with psychologist Violet Turner (Amy Brenneman), alternate medicine specialist Pete Wilder (Tim Daly), and pediatrician Cooper Freedman (Paul Adelstein). The show focuses on their efforts to keep the practice going while keeping themselves together. The show ran from 2007 to 2013 and included six seasons and ends with Addison and Jake’s wedding. Although it was a hit show that was spun-off another hit show there are probably some things you still don’t know about Private Practice.

Katherine Dee Strickland’s (Charlotte King) Southern accent is real. She was born in Patterson, Georgia, in 1975. Her character Charlotte is from Alabama. Fellow co-star Chris Lowell (Dell Parker) is also a Georgia native and was born in Atlanta.

In the backdoor pilot episode on Grey’s Anatomy Season three, Naomi Bennett was played by Merrin Dungey, but in the season premiere of Private Practice in 2007, Dungey was replaced by Audra McDonald.

11. The Voice of Superman

If Tim Daly (Pete Wilder) sounds familiar, it’s because he was the voice of Superman (1996) in the WB animated series. He was asked to do the same voice for the Justice League (2001), but had a conflict with filming The Fugitive (2000).

Before becoming a doctor at Seaside Wellness Center, Taye Diggs performed as a cast member at Tokyo Disney. He then went on to star in the Broadway musical Rent.

Sarah Drew made her first appearance in Shondaland as Judy, a pregnant law student who wanted to put her child up for adoption in Season two of Private Practice. The same year, she joined the cast of Grey’s Anatomy as Dr. April Kepner. In 2009, Grey’s Anatomy and Private Practice did a cross over show where the LA doctors visited Seattle Grace, and apparently no one noticed that April looked familiar….

Since 2006, Paul Adelstein (Cooper Freedman) has been married to the former Paris Geller (Liza Weil) from Gilmore Girls. The couple have one child.

If anyone wants to know what Kate Walsh (Addison Montgomery) is like off-screen, all they have to do is watch The Sweetest Thing (2002) with Cameron Diaz and Christina Applegate. The film was written by Nancy Pimental, Walsh’s best friend, and the events are based on their escapades and friendship.

It seems to be routine in Shondaland for the same actor to appear as a patient at Seattle Grace and the Seaside Wellness Center.  Amanda Foreman, known for the Star Trek film reboot, first appeared as Nora in Grey’s Anatomy (2005) and then went on to play Katie Kent, the psycho who tried to steal Violet’s baby out of her womb in Private Practice (2009-2011).

Off-screen, Taye Diggs was married to Frozen singer Idina Menzel from 2003-2014. In 2009, Menzel makes an appearance on Private Practice as Lisa King, Pete Wilder’s (Tim Daly) love interest. Is it awkward when a co-star kisses your wife?