Home » Entertainment » Celebrities » Cast Of Prison Break: How Much Are They Worth Now?

Cast Of Prison Break: How Much Are They Worth Now? 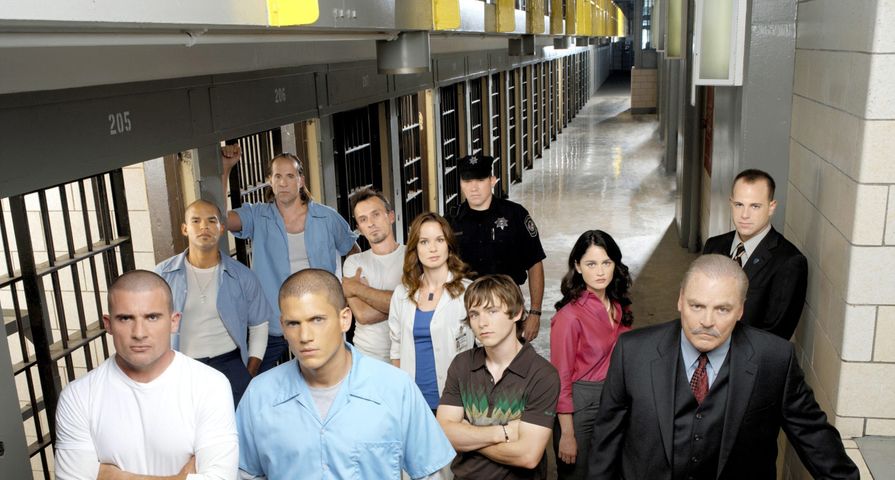 Prison Break had a storyline unlike any other show with two brothers fighting against the justice system after one of the brothers is sentenced to capital punishment for a crime he didn’t commit. Starring Dominic Purcell and up and coming actor, Wentworth Miller, the series was full of intense excitement, thrilling suspense and of course, drama. The show ran on Fox for four seasons from 2005 to 2009 and was a huge success, which is why it has been brought back for a fifth season. Career-wise, the cast has come a long way since the show first aired, so check out how much they are worth now:

Estimated Net Worth: $2 million. This popular American actor has a very recognizable face in Hollywood because of his many notable roles. His credits behind the screen are for directing and producing a few small films and producing episodes of the series For Richer or Poorer. Mainly, Dunbar is best known for his television roles on Earth 2, Girlfriends, Soul Food, Heartland, Terriers, For Richer or Poorer, Sons of Anarchy, The Game, The Mentalist, The Path, and of course, Prison Break as Benjamin Miles ‘C-Note’ Franklin. He’s also well known for his film projects like All About You, Kiss Kiss Bang Bang, Dirty Laundry, Alien Raiders, The Family That Preys, Pastor Brown, Highland Park and Curveball. Dunbar has a lot of major roles, but he’s also done smaller appearances on shows like The Defenders, Private Practice, The Closer, Pacific Blue and Felicity. Right now, his net worth is estimated to be $2 million!

Estimated Net Worth: $500 thousand. Marshall Allman has had three major television roles starting with his role on Prison Break as LJ Burrows, True Blood as Tommy Mickens, Quantum Break as Charlie and then on Bates Motel as Julian Howe. In addition to these main castings, Allman produced and starred in the film Blue Like Jazz, and starred in the movies Sugar and Anytown, along with a few other small roles. He’s also got some one episode appearances to his name on series like Sons of Anarchy, Justified, Grey’s Anatomy, Ghost Whisperer, Saving Grace, Cold Case, CSI: Miami, The Practice and Boston Public. It’s quite surprising that Allman’s net worth isn’t higher because he’s had some notable starring roles on big shows, so we suspect it’s probably higher, but his net worth right now is listed at $500 thousand.

Estimated Net Worth: $2 million. Paul Adelstein is probably best recognized for his longtime role as Cooper Freedman on the hit series, Private Practice. However, before landing his role on the Shondaland series, he had a series regular role on Prison Break as Paul Kellerman. Since these shows wrapped up, Adelstein can now be found on Scandal and Girlfriends Guide to Divorce. His film career isn’t as extensive, but he’s had starring roles on projects like Return to Zero, The Missing Person, Intolerable Cruelty and Peoria Babylon. Some of his smaller television roles have been on shows like Medium, Without a Trace, Scrubs, ER and Chance. Adelstein’s career is booming right now and we suspect it’ll only get bigger! He’s currently worth an estimated $2 million.

Estimated Net Worth: $8 million. At the age 60, William Fichtner’s had an amazing career that continues to grow! He’s had many, many roles in the span of his career, but his biggest have been on the TV series Invasion, Prison Break and Crossing Lines. In addition to these main castings, he’s held recurring roles and done appearances on shows like The West Wing, Entourage, Empire, Mom, and Grace Under Fire. Undoubtedly, Fichtner’s focus is in film where’s he’s critically acclaimed for numerous roles like Black Hawk Down, Crash and Nine Lives. His most famed movie roles (and biggest money makers) are Teenage Mutant Ninja Turtles, Drive Angry, The Perfect Storm, Switch Back, The Longest Yard, Crash, The Lone Ranger, Elysium, Phantom, Black Hawk Down and Independence Day: Resurgence. His successful film career in big commercial films have contributed greatly to his overall net worth which sits at about $8 million.

Estimated Net Worth: $3 million. This fan favorite actor is most well known for his starring role on Prison Break as Brad Bellick. He doesn’t have that many starring or main castings to his name, but he has made appearances in films like Erin Brockovich, Flicka, Draft Day, K-911 and The Dark Knight Rises. He held a recurring role on The Bernie Mac show and has taken on many small roles or appearances on shows like Crisis, Revenge, NCIS, Vegas, The Mentalist, Criminal Minds, Monk, 24, Charmed, The X-Files and CSI: Miami. He might not have many huge starring roles under his belt, but he’s been acting for a long time and he’s taken on a lot of roles over the years! His hard work has now paid off and he’s worth an estimated $3 million!

Estimated Net Worth: $2 million. This actress hasn’t been acting for that long, but she has some pretty big roles under her belt. She’s held three main roles on television starting with Prison Break as Dr. Sara Tancredi, The Walking Dead as Lori Grimes and more recently as Katie Bowman on Colony. She’s also appeared on shows like Queens Supreme, Tarzan, Law & Order and House. When it comes to the film industry she’s been just as successful, starring in projects like The Celestine Prophecy, Whisper, Black Gold, Faces in the Crowd, Black November, Into the Storm and Pay the Ghost. Her net worth is estimated to be a comfortable $2 million.

Estimated Net Worth: $2 million. Robert Knepper is a veteran actor in the industry. He has 130 acting credits to his name and this doesn’t even include his theater performances! It’s pretty clear Knepper has been working hard on his career and it’s definitely paid off as his net worth sitting in the millions. His most notable roles on television have been on Prison Break, Heroes, Cult and Carnivale. Knepper has starred in big projects like Hitman; Transporter 3; Good Night, and Good Luck; and Species III. But he’s also done appearances on feature films like The Hunger Games: Mocking Jay – Part 1, The Hunger Games: Mocking Jay – Part 2, The Day the Earth Stood Still and Hostage. His net worth now sits at an estimated $2 million.

Estimated Net Worth: $2 million. This Puerto Rican actor is critically acclaimed for his role in Prison Break as Fernando Sucre. Prison Break was definitely his longest sitting role, but he’s held numerous main castings and recurring roles on television. He had a main roles on series the following series, Chase, Work It, Telenovela, and recurring roles on Gang Related and Southland. In between his television work, he’s starred in films like Criminal, Animal, In the Blood, Armored and Transformers. He’s currently estimated at being worth $2 million, but we are sure this will continue to climb!

Estimated Net Worth: $4 million. Wentworth Miller is undoubtedly best known for his role as Michael Scofield on the Fox series Prison Break and he was well credited for that role with numerous nominations over the span of the series. He was definitely the pretty boy of the show, we’re sure no one could disagree with that! Prior to appearing on Prison Break, he held a main role on Dinotopia and since then he’s landed two more main castings on Legends of Tomorrow and Prison Break, the sequel. He also did a brief recurring role on The Flash which earned him a Saturn Award for Best Guest Starring Role on Television. He made his screenwriter debut for the film, Stoker which he also co-produced and in 2016 he wrote and released the film, The Disappointments Room. He starred in Resident Evil: Afterlife alongisde Milla Jovovich and The Loft, and he also appeared in Underworld and The Human Stain. The 44-year-old actor has an impressive resume and it’s clear his role on Prison Break did wonders for his career. He’s one of the higher earners on this list with a net worth of $4 million.

Estimated Net Worth: $2 million. Dominic Purcell is an English-born, Australian actor who’s biggest roles have been as Lincoln Burrows in Prison Break, Legends of Tomorrow, and John Doe. Purcell splits his work evenly between film and television with many main castings on TV and numerous recurring roles on shows like North Shore, Heartbreak High, The Flash and BeastMaster. He’s experienced a huge boom in his film career since taking on the lead role on Prison Break. Starting back in 2000, he’s held starring roles on the following film projects: Gridlocked, A Fighting Man, The Bag Man, In the Name of the King 3: The Last Mission, Ice Soldiers, Assault on Wall Street, Officer Down, House of the Rising Sun, Killer Elite, Straw Dogs, Escapee, Primeval, Blood Creek, The Gravedancers and Blade: Trinity. Today, he’s estimated at being worth $2 million.