Home » Entertainment » TV » Cast of Mad Men: How Much Are They Worth Now?

Cast of Mad Men: How Much Are They Worth Now? 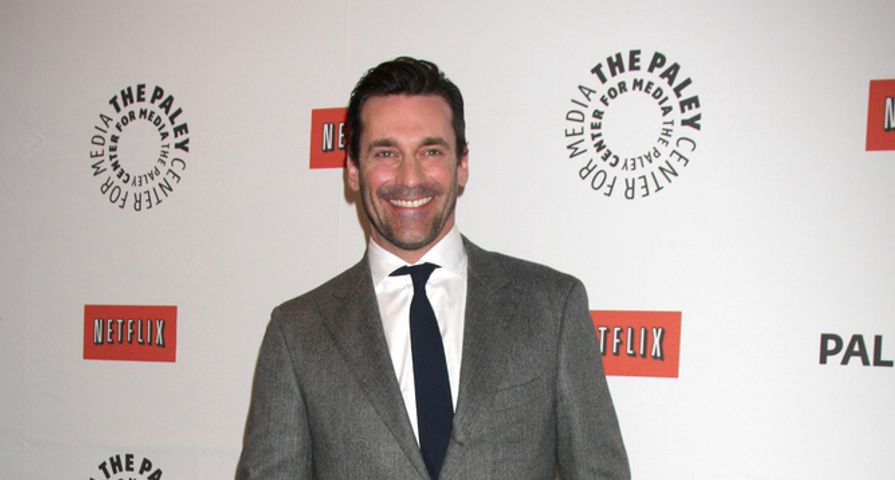 Mad Men became an American television phenomenon. A period piece so vintage it reignited the “cool” from the era. The clothing men wear, from suits to footwear, is completely inspired by the mid-century modern motif that was so basic it became classic. Who knew a show about ad executives in New York city could become so iconic? People obsessed over the show, its stars and its story lines. Now, the cast has moved on successfully, and we want to know: how much are they worth now?

Estimated Net Worth: $4 million. He was known as Ken Cosgrove on Mad Men, and he successfully leaped from every season of Mad Men right into the third season of Ray Donovan, starring Liev Schreiber. Aaron is an example of an actor who simply needed to get his foot in the door to really start making things happen. His first major credit came in 2005, and within two years, he locked in a lead role on a show that changed popular culture. Everyone can thank Mad Men for the slim suits, skinny ties and resurgence of mid-modern decor. And Aaron is thanking his lucky stars–and his own hard work–for being a part of madness, leading to a lucrative bankroll. Estimated at $4 million, we gotta think it’s only growing!

Estimated Net Worth: $4 million. Characters actors don’t get hotter than Rich Sommer presently is. He is the guy that everyone is trying to get their hands on, and regardless of the fact that he has to be facing rejection from time to time, he is booking things so fast we can confidently state his estimated net worth is vintage. Rich was the perfect and necessary change-up in the midst of the Mad Men cast. Rich went from Mad Men into the magical mix of Wet Hot American Summer: First Day of Camp, and then into voice work for Regular Show, then onto more…you get the picture. As it stands, Rich boasts an impressive net worth of $4 million. Rich has been doing it for a long time, and once he scored his first hit, he just kept on hitting.

Estimated Net Worth: $3 million. Vince is such a cool dude. Yes, he played such a snake on Mad Men. Pete Campbell was a disgrace to Campbells everywhere, but the commitment he offered to the role…Everyone should be fully aware that he would shave his hairline back as the seasons progressed, because the character warranted the physical maturity. Vince is another of the Mad Men cast who was able to take advantage of residual success, and enjoy the spoils of being part a most popular television drama. He’s doing pretty well for himself. He’s currently worth an estimated $3 million!

Estimated Net Worth: $8 million. Christina Hendricks. She has done wonders for women in Hollywood. She crushed the idea of sexy equating to a stick figure, and reminded everyone that back in the day, women had curves and curves were appreciated. Christina enjoys a couple trade marks, including her red hair and an unapologetic strut, but her talent is most impressive, as she can breathe life into a number of characters. She was a fan favorite as Joan Harris/Holloway on Mad Men, and while she was enjoying work in 92 episodes of the award winning drama, she was also showing up and showing out in several feature films. For those who haven’t seen it, check her out in Drive with Ryan Gosling, Carey Mulligan and Oscar Isaac. The actress’ hard work has paid off! She’s reportedly sitting on an $8 million fortune.

Estimated Net Worth: $8 million. Another actress in the $8 million club. Elisabeth Moss was a bit of a mystery on Mad Men. It worked. She was as tough to peg in the show as she seems to be in real life. For many fans of Mad Men, it was their introduction to Elisabeth, but this woman was the most accomplished individual on the show. Her career began very young, and her list of credits is already approaching the century mark. It’s easy to buy her net worth around eight million from Mad Men, and all things derived from, and associated with, but considering the jobs she worked before she became a household name–including stints on Picket Fences and The West Wing–Elisabeth may very well be “worth” more than anyone is privy. So many of those jobs came when she was underage. She’s currently starring in the television adaptation of Margaret Atwood’s book The Handmaid’s Tale.

Estimated Net Worth: $10 million. John Slattery could easily lie about his age if it weren’t for his glimmering silver hair. It’s not platinum blonde, but it may actually be made of real platinum. John’s character name of Roger Sterling was certainly appropriate. John has enjoyed an incredible career in film and television, and though he may be most famous for playing characters in drama, he has a wonderful panache for comedy. His timing is impeccable. He upped his cool when he locked in the recurring role of Howard Stark in the Marvel World, and his turn on Wet Hot American Summer: First Day of Camp, allowed him to flex every performance trick in his skill set. Financially, he’s doing well — he’s worth a reported $10 million!

Estimated Net Worth: $10 million. January Jones is the Penelope Ann Miller of her generation. The two need to do something together. At present, January is living life as a Shart on Will Forte’s show, The Last Man on Earth. Yes. Shart. January loves to do comedy, but she most often painted as the demure, by the book, inflexible type as an actress. Choosing to get in the mix of a comedy was an excellent move for career longevity, and an additional boost to her $10 million net worth. It’s going to be very interesting to watch January as she progresses in the world of television and film. She’s another one who isn’t that fond of fame, and simply wants to work. At this point, it seems to be working out well for her. She’s quietly raising a son as a single mother, and affording anything she could possibly desire.

Estimated Net Worth: $30 million. When Mad Men came to a close, Jon Hamm was pulling in a cool $275,000 per episode. Not too shabby. There are few things Jon would rather be doing than playing make believe for a living. He might possibly trade it all to play third base for the St. Louis Cardinals, but… he’s got a good thing rolling. Maybe at some point he’ll be able to play a St. Louis Cardinals player on the big screen. Yes, this is a suggestion as he loves his hometown team, as all St. Louis natives do. Beginning in 2007, Jon redefined cool as Don Draper, and he ventured into the darkness that is demanded for a quality dramatic series. With his traditional leading man looks, Jon has had no trouble transitioning from TV to film, and he has defied odds by flexing his funny bone in the process.