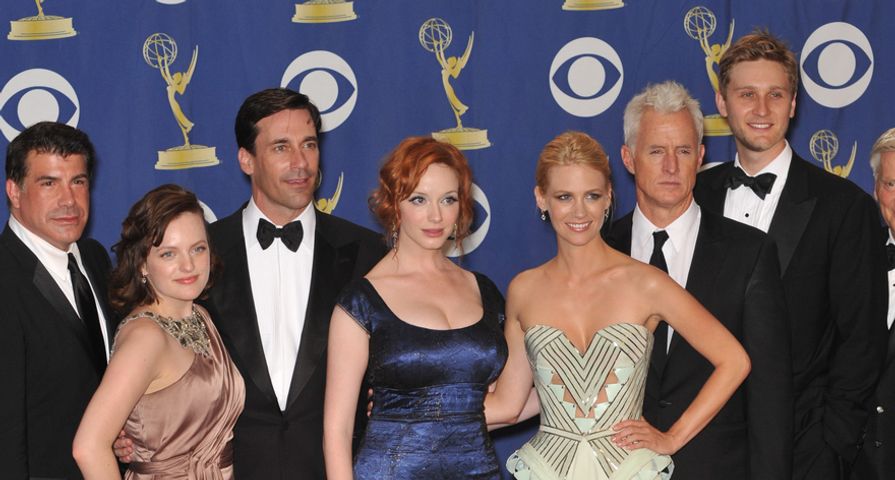 The seventh and final season of “Mad Men” will be returning this April, but don’t get too disappointed! Season 7 will consist of two parts, with the first half airing in 2014 and the remaining half airing in 2015. The first episode will air on April 13th so, in anticipation of the season premiere, here is a list of 10 cool things you didn’t know about the show!

10. The actress who plays Megan’s French mother in the series – Julia Ormond – is actually a British actress.

9. Vincent Kartheiser and Alexis Bledel – who have an affair onscreen during season five – are engaged in real life.

8. When Jessica Pare – who plays Don Drapers wife Megan – performed the song “Zou Bisou Bisou,” she worked with a choreographer for three, six-hour sessions to get the dance down and had the song recorded in a studio beforehand. After that episode, AMC began offering the single in retro 7-inch vinyl in either red or black.

7. Talia Balsam – the only woman to have married George Clooney – is married to John Slattery in real life and plays his former wife in the series.

6. John Slattery – who plays Roger Sterling on the show – initially auditioned for the role of Don Draper.

5. January Jones initially auditioned for the role of Peggy Olsen before creator Matthew Weiner asked her to read for the part of Betty Draper instead. At that point, Don’s wife was barely in the pilot and there were no plans to build that character’s storyline.

4. Christina Hendricks originally auditioned for the role of Midge Daniels – played by Rosemarie DeWitt – who was one of Don Draper’s mistresses in season one.

3. The pilot was filmed in New York City, but every other episode has been filmed in Los Angeles.

2. The actors smoke herbal cigarettes instead of tobacco cigarettes on set and there are good reasons for that. “You don’t want actors smoking real cigarettes. They get agitated and nervous. I’ve been on sets where people throw up, they’ve smoked so much,” director Matthew Weiner said.

1. The “Mad Men” prosthetics makeup artists covered January Jones in a fat suit and prosthetic facial and neck appliances for season five and part of season six to make her character look like she had gained a significant amount of weight. The makeup artists used the same technique during season one to make Elizabeth Moss’ character Peggy Olsen look pregnant.