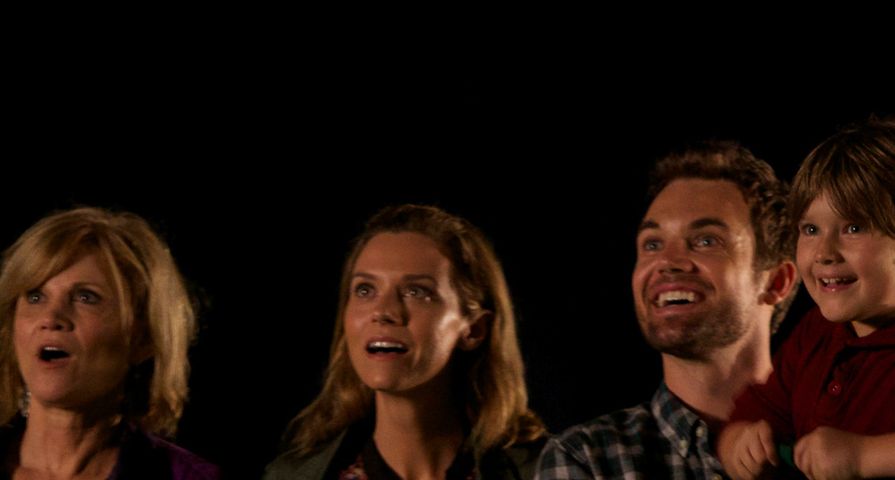 Made-for-TV movies often get a bad rap when it comes to criticisms of their plots and acting quality, but when it comes to made-for-TV Christmas movies it is an entirely different story. Channels such as Hallmark and Lifetime have made TV Christmas movies one of the biggest guilty pleasures of a large fanbase, and every Christmas season several new films in the genre are aired for fans who just can’t get enough of the cheesy romances. Now many other networks have gotten in on the popularity of these “so bad, they’re good” films and audiences will be surprised at the stars who have been in them! Check out 12 celebrities you probably forgot starred in TV Christmas movies:

For most Shannen Doherty will forever be known for her roles as Brenda Walsh in Beverly Hills, 90210 and Prue Halliwell in Charmed, and while she hasn’t had many big roles since Charmed came to an end, she hasn’t stopped working. In 2007, Doherty starred in ABC Family’s original holiday film Christmas Caper as Cate Dove, a con woman who ends up in a small town Connecticut after she tries to hide from the law. In 2014, she once again tackled the TV Christmas movie genre with the role of Brenda Patterson in All I Want for Christmas.

David Hasselhoff, aka “The Hoff,” is one of the most iconic TV stars because of his roles in series such as Knight Rider and Baywatch, and no one saw him becoming a made-for-TV Christmas movie star. After a slump in his career and some personal struggles, Hasselhoff returned to TV with the lead role in Lifetime’s original holiday film The Christmas Consultant in 2012. Hasselhoff was over the top as the Christmas consultant named Owen who is hired by Sabrina the Teenage Witch‘s Caroline Rhea to organize her Christmas because her work kept her too busy to do so. The movie truly is ridiculous, but that is what fans have come to expect and love about Lifetime’s Christmas movies.

After a slew of film roles in the mid-2000s, Mandy Moore in some ways disappeared from the spotlight and in that time she also resorted to a role in a cheesy Christmas film. Moore appeared in Hallmark’s 2012 film Christmas in Conway starring as Natalie, a live-in hospice nurse who takes care of a terminally ill woman played by Mary-Louise Parker, who leaves the hospital because she wanted to be home for the holidays as her life came to an end.

Neil Patrick Harris has had many varied roles both on TV and in films, and with so many well-known parts, many fans don’t remember that he also starred in a TV Christmas film. NPH starred in the CBS and Hallmark Channel’s 2005 holiday film The Christmas Blessing as a doctor who returns to his hometown after losing a patient on the operating table. If seeing Harris in the film isn’t surprising enough, then the rest of the star-studded cast will add to the shock. The Christmas Blessing, which is the second in the Christmas Shoes trilogy, also stars Rob Lowe, Rebecca Gayheart, Angus T. Jones and Blake Shelton even made an appearance as himself!

2014’s Wishin’ and Hopin’ is one of the strangest made-for-TV holiday films that Lifetime has offered up in recent years, and it has a couple surprising stars. While back in the ’80s Molly Ringwald was a blockbuster star, things changed as she got older and Wishin’ and Hopin’ is one of many TV movies that Ringwald has starred in. She starred as Madame Frechette,  a substitute teacher working in a Connecticut Catholic school in the 1960s. As well as Ringwald, the movie featured none other than Meat Loaf as Monsignor Muldoon.

7. Stephen Colletti – All About Christmas Eve

Those who love TV’s Christmas films know that Haylie Duff has starred in quite a few over the years, but she had a surprising co-star in 2012’s All About Christmas Eve. Handsome Laguna Beach and One Tree Hill star Stephen Colletti co-starred in the Duff led Lifetime original film as Darren, the lazy selfish boyfriend of Duff’s character Eve.

6. Randy Travis – Christmas on the Bayou

A few country music stars have made their acting debuts in small roles, but country legend Randy Travis jumped right into acting with many roles including the beloved 2013 Lifetime Christmas TV movie, Christmas on the Bayou. Travis co-starred as Mr. Greendale, the owner of the local store who acts as the voice of reason and guidance for the main characters. Christmas on the Bayou is quite the unique made-for-TV Christmas film and anything with Randy Travis in it is made just that much better because of his presence.

Ashley Benson has never shied away from any role and has starred in everything from soap operas as Abby Devereux in Days of Our Lives to one of TV’s biggest teen dramas, Pretty Little Liars, as Hanna Marin. Then, she took on a Christmas film with 2012’s ABC Family’s original Christmas Cupid. Benson starred as Caitlin Quinn, the ghost of a famous Hollywood star who comes back to haunt her publicist Sloane, played by Christina Milian, to show her the true meaning of life by sending her visits from boyfriends of Christmases past, present, and future. As well as Benson, the film also stars One Tree Hill hunk Chad Michael Murray as Sloane’s former boyfriend Patrick, who is clearly her true love.

The late, great Carrie Fisher will always be Princess Leia to fans and with such a legendary role, it is easy to forget she had many other roles throughout her career — even in a TV holiday film! Fisher starred in Hallmark Channel’s 2012 TV film It’s Christmas, Carol!, an adaptation of the Charles Dickens’ classic A Christmas Carol. The actress starred as Eve, the deceased boss of Emmanuelle Vaugier’s Carol, who comes to Carol as the three ghosts of Christmas past, present, and future.

Mark-Paul Gosselaar has had many ups and downs in his career since his days as Zack Morris on Saved by the Bell and in his journey of keeping his acting going, he also starred in an ABC Family original holiday TV movie 12 Dates of Christmas. Gosselaar starred alongside Amy Smart in the 2011 film as a man she goes on a date with as she relives the same Christmas Eve over and over again. 12 Dates of Christmas was welcomed with surprisingly positive critiques such as: “This holiday romance steals a page from Groundhog Day and runs with it…. It’s a sweet, wacky… and nicely woven journey, with the endearing Smart adding an extra twinkle.”

2. Melissa Gilbert – A Holiday For Love

Little House on the Prairie star Melissa Gilbert is no stranger to TV movies and she has been in a couple made-for-TV Christmas films including 2011 A Christmas Pageant and 1996’s A Holiday for Love. In typical fashion for the genre, Gilbert portrayed Emma Murphy, a single mother who finds love again over the holidays. As well as Gilbert, Michelle Trachtenberg, now known for her roles in Buffy the Vampire Slayer and Gossip Girl, also starred in the movie.

1. Hilarie Burton and Tyler Hilton – Christmas on the Bayou

Randy Travis wasn’t the only shocking star to appear in Christmas on the Bayou. Television audiences might best know Hilarie Burton and Tyler Hilton for working together on One Tree Hill as Peyton Sawyer and Chris Keller, and on the show, their characters were anything but romantic; however, in 2013 they pleasantly surprised fans by co-starring in Christmas on the Bayou. Burton starred as Katherine, a workaholic single mother who returns home to spend Christmas with her son and mother. Back in her hometown, she reunites with a childhood sweetheart named Caleb played by Tyler Hilton.