Things You Might Not Know About It’s A Wonderful Life 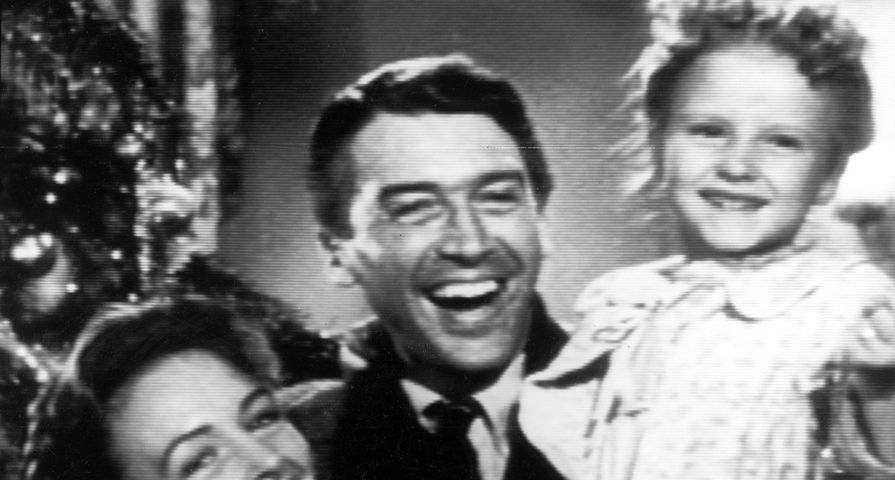 It’s a Wonderful Life is considered a Christmas classic, but that wasn’t always the case. When the film was first released in 1946, it performed poorly at the box office, earning only $3.3 million on a $3.7 million budget. It was during the ‘70s that the film became a Christmas staple when it was aired on television during the holiday season. It’s been over 70 years since the film was first released, so check out these 10 things most people don’t know about It’s a Wonderful Life:

10. It Was Initially a Christmas Card

The movie is based on a story called “The Greatest Gift,” which was written by Philip Van Doren Stern in November 1939. After he failed to get the story published, he made it into a Christmas card and mailed 200 copies to friends and family in December 1943; that is when it came to the attention of producer David Hempstead. He showed it to Cary Grant’s Hollywood agent, and in 1994, RKO Pictures bought the rights to the story for $10,000 and was hoping to have Grant to star in the movie version but, after three unsatisfactory scripts, the film was shelved, and Grant went off to make another Christmas movie, The Bishop’s Wife.

In 1945, RKO sold the project to Frank Capra’s production company Liberty Films for $10,000 and threw in the three scripts for free. Capra along with writers Frances Goodrich and Albert Hackett, Jo Swerling, Michael Wilson, and Dorothy Parker were brought in to “polish” the script, which was then renamed It’s a Wonderful Life. During pre-production and filming, the script underwent many revisions.

8. Behind the Scenes Drama

Two of the writers, husband and wife Frances Goodrich and Albert Hackett, walked out because they were not happy with how they were treated by Capa. Hackett claimed that he was condescending, especially towards Goodrich. “You just didn’t address Frances as ‘my dear woman,’” Hackett said in an interview. “When we were pretty far along in the script but not done, our agent called and said, ‘Capra wants to know how soon you’ll be finished.’ Frances said, ‘We’re finished right now.’ We put our pens down and never went back to it.”

James Stewart wasn’t Capra’s only choice to play George Bailey in the film. Historian Stephen Cox alleged that Henry Fonda was also in the running for the part. Stewart almost passed on the role, but Lionel Barrymore – who portrayed Mr. Potter in the film – convinced him to take the part. For the role of George’s wife Mary, Jean Arthur was first offered the role, but had to turn it down because of her commitment on Broadway. Capra then offered the part to Olivia de Havilland, Martha Scott, Ann Dvorak and then Ginger Rogers. Donna Reed was then offered the part. According to her daughter, Mary Owen, Capra had seen Reed in They Were Expendable and thought she would be “just right for Mary Bailey.”

The movie had a budget of $3.7 million, which was hugely expensive for the mid-1940s. It took two months to construct the set on an 89-acre RKO movie ranch in Encino, California. It included 75 stores and buildings, a tree-lined center parkway with 20 fully grown oak trees and a factory district and residential areas. Main Street was 300 yards long, which was three full-length city blocks. Pigeons, cats, and dogs were allowed to roam around the set to give the town a lived-in feel. The movie was shot from April 15, 1946, and ended on July 27, 1946, which was during a heat wave. Capra had to shut down filming for a day so that the cast and crew recover from heat exhaustion.

Prior to It’s a Wonderful Life, films used cornflakes painted white for the falling snow effect, but this method was so loud that dialogue had to be dubbed in later. Capra wanted to record the sound live, so Capra – who was trained as an engineer – and his special effects supervisor Russell Shearman invented a new type of snow for the movie, which was a mix of foamite, sugar and water. Six thousand gallons of this was used in the making of the film and the RKO Effects Department received a Technical Award from the Motion Picture Academy for developing it. With this new snow, Capra was able to record the film’s sound live, which added another layer of authenticity to the movie.

James Stewart was suffering from post-traumatic stress disorder while filming It’s a Wonderful Life. During World War II, he had served as an Air Force commanding officer and had killed civilians during bomb raids in France and Germany when they accidentally destroyed the wrong city and he felt responsible for those deaths. After the war, he wrestled with the guilt and while filming the movie he channeled his anger and guilt into the scenes where he unravels emotionally in front of his family.

3. It Was Labeled as Communist Propaganda

Following the film’s release in 1947, the FBI issued a memo on “communist infiltration of the motion picture industry” because of the movie’s portrayal of the banker, Mr. Potter, who was money-obsessed and Scrooge-like, which they described as an “obvious attempt to discredit bankers” and “a common trick used by communists.”

Donna Reid grew up on a farm in Denison, Iowa, so she knew how to milk a cow. When Lionel Barrymore (who played Mr. Potter) found out about her skill, he didn’t believe her, so he bet her $50 that she couldn’t actually do it. She promptly proved him wrong, winning the $50. “She said it was the easiest $50 she ever made,” Reed’s daughter Mary Owen said.

Seneca Falls, New York claims that it is the real-life inspiration for Bedford Falls. According to a local barber, Capra visited the town in 1945 and asked about the plaque on one of its bridges that was dedicated to Antonio Varacalli, who was a local who drowned saving the life of a woman who jumped off it. Every year the town has an annual “It’s a Wonderful Life festival” in December and it also has an “It’s a Wonderful Life” museum that opened in 2010.