Home » Entertainment » TV » Cast Of House: How Much Are They Worth Now?

Cast Of House: How Much Are They Worth Now? 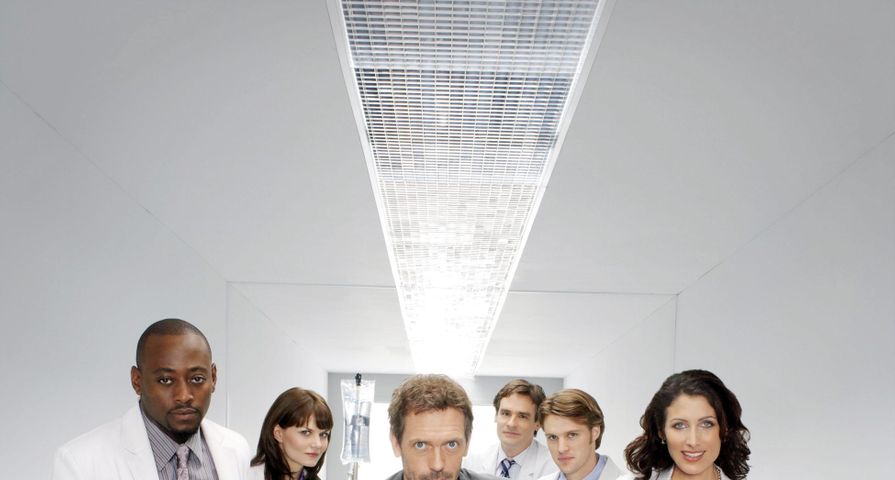 House or House, M.D. was a medical drama quite unlike what fans were used to, and it paid off! For eight glorious seasons House reigned on Fox thanks to a unique premise, witty writing, and an amazing cast featuring the likes of Hugh Laurie, Omar Epps and Jesse Spencer just to name a few. The show garnered awards for the series and actors alike as well as a massive fanbase, and now that it has already been four years since the show ended, it is about time to see how the cast is faring! Check it out:

Estimated Net Worth: $15 Million. Kal Penn has had way more acting credits than many people realize, mostly because he is so well known as Kumar Patel from Harold & Kumar. He actually got his start in shows such as Buffy the Vampire Slayer, Sabrina, the Teenage Witch and NYPD Blue just to name a few. Along with many movie roles as well, things took off for the actor after 2004’s Harold & Kumar Get the Munchies. He ended up with many roles including appearing in 37 episodes of House from 2007-2012 as Dr. Lawrence Kutner. He now has 66 acting credits to his name and a net worth of $15 million!

Estimated Net Worth: $20 Million. After studying acting in Ireland, Olivia Wilde began landing roles in a series called Skin and in the film The Girl Next Door, but her big break came when she landed a recurring role as Alex Kelly in The O.C. From there she went on to become a leading film actress with roles in Tron: Legacy, Alpha Dog and Cowboys & Aliens. She also appeared in 81 episodes of House as Dr. Remy ‘Thirteen’ Hedley. Most recently she has returned to television acting, starring in the new acclaimed series Vinyl.

Estimated Net Worth: $2.5 Million. Peter Jacobson began acting in 1993 and has slowly built up his resume. He has most notably appeared in films such as Transformers and As Good as It Gets, and provided a voice for the animated film Cars 2. His most well known role recently is as Dr. Chris Taub in 96 episodes of House. Despite not having too many big roles he still has an estimated net worth of $2.5 million.

Estimated Net Worth: $6 Million. Jennifer Morrison began acting in 1994 with a role in Miracle on 34th Street and turned into many more. She has most notably appeared in Surviving Christmas, Star Trek, Grind and House as Dr. Allison Cameron. From 2010-2014 she also had a recurring role on the hit series How I Met Your Mother, but is now known as the lead star in another hit series, Once Upon a Time. Thanks to her rise as a TV star, Morrison now has a net worth of $6 million.

Estimated Net Worth: $10 Million. Lisa Edelstein’s road to stardom began way before she began acting. She was a well known star of New York’s prominent “club scene” in the ’80s which led into her one-woman self produced show Positive Me. From there she went on to host on MTV and landed several sitcom roles including on Seinfeld, Almost Perfect and Relativity. She is best known, however, for her roles in films such as What Women Want, As Good as It Gets and Daddy Day Care. Now she is also known for her roles on TV again, including as Dr. Lisa Cuddy on House, as well as her roles in Castle and Girlfriends’ Guide to Divorce. As a result of so many years and so many roles, she has a net worth of $10 million.

Estimated Net Worth: $7 Million. Like so many Australian actors, Jesse Spencer got his start on a popular Australian soap opera, Neighbors. Along with theater work and some other TV work, one of his first bigger roles was as a love interest in the 2001 Mary-Kate and Ashley Olsen film Winning London. He then appeared in Uptown Girls, but gained much more recognition for his role as Dr. Robert Chase on House. Now his TV career is growing even bigger thanks to his part as Matthew Casey on the hit series Chicago Fire. His bank account has grown with his roles and he now has a very respectable net worth of $7 million.

Estimated Net Worth: $15 Million. After some smaller roles, Robert Sean Leonard got his breakout role in 1989’s Dead Poets Society. After a few more roles in theater, TV and film, his next biggest on-screen role was as Dr. James Wilson on House, which gained him notoriety all over again. He was recently seen in the new series Falling Skies and most recently in Law & Order: SVU, but if his estimated net worth is correct, he can afford to be picky with his roles thanks to his $15 million.

Estimated Net Worth: $15 Million. Omar Epps has a lot of talent as a rapper, songwriter, music producer and actor in Hollywood. His acting career gained steam in the ’90s with his lead role in the film Juice. He then appeared in things such as The Program, ER, Scream 2, The Mod Squad, Love & Basketball, Dracula 2001, and, of course, House as Dr. Eric Foreman. His most recent role was in the series Resurrection and he can next be seen in the Shooter TV series and the film Almost Christmas. Thanks to all of his hard work, he now has a net worth of $15 million.

Estimated Net Worth: $40 Million. Hugh Laurie began acting in college and never looked back making him one of the best actors and comedians out there. His early work included many roles in various TV series and gained recognition for his work in the Blackadder series as well as A Bit of Fry and Laurie, and Jeeves and Wooster. He then appeared in Sense and Sensibility, 101 Dalmatians, The Borrowers, Spice World and many more. He is best known now, however, for his lead role as Gregory House in House for which he won two Golden Globe Awards. He has most recently been seen in the acclaimed shows Veep and The Night Manager, adding ever so steadily to his whopping net worth of $40 million.