Home » Entertainment » Celebrities » Cast Of Duck Dynasty: How Much Are They Worth Now?

Cast Of Duck Dynasty: How Much Are They Worth Now? 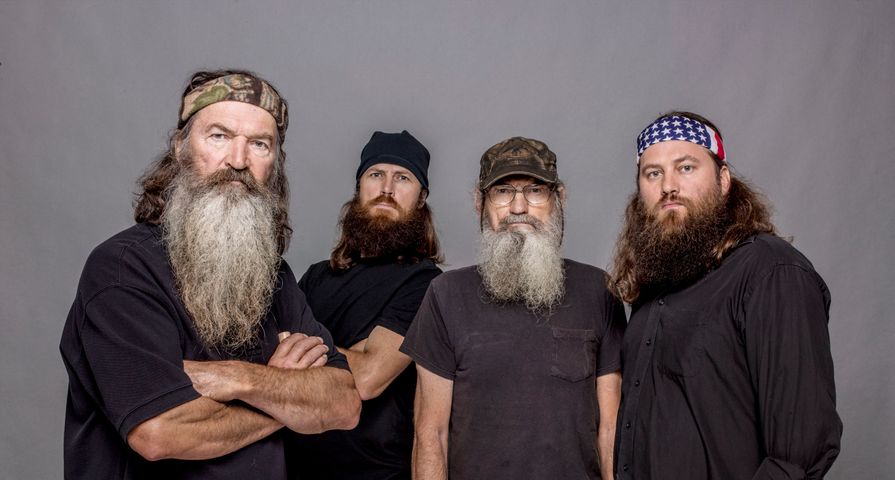 Duck Dynasty is perhaps the most surprising successful reality series to come out in recent years. While most reality TV fans are used to the lives of the wanna-be famous and big-city types, Duck Dynasty flipped that whole dynamic on its head. Unlike many other reality stars, the Robertsons were already wealthy thanks to their family-operated business, Duck Commander. After getting their own show, Duck Dynasty, it went on to break numerous ratings records for A&E, and garner the family even more fame and fortune. Check out how much the cast of Duck Dynasty.

Estimated Net Worth: $500 Thousand. Sadie Robertson is the daughter of Willie and Korie Robertson, and while she achieved fame as a Robertson and being part of the show, she created a name for herself by appearing on Dancing With the Stars. In 2013, Sadie helped to launch and design a clothing line to produce affordable prom dresses. Right now her net worth is $500 thousand, but between her own business sense and family wealth, that is sure to grow and quickly in the next few years.

Estimated Net Worth: $15 Million. Kay Robertson is the matriarch of the Duck Dynasty family as the wife of Phil Robertson and mother to Alan, Jase, Willie, and Jep. As to be expected, the majority of her wealth is from the company’s success; however, Kay gets a bit more with the show and she also wrote her own cookbook, Miss Kay’s Commander Kitchen.

Estimated Net Worth: $15 Million. Phil Robertson is the patriarch of the Robertson family, and invented the first Duck Commander duck call in 1972, officially starting what would go on to be a multi-million dollar business. After college, Robertson was approached to play football professionally, but declined because it conflicted with hunting, and went on to teach for several years after getting his master’s in education. Of course between the company and the show, he has no need to work anymore with a net worth of $15 million.

Estimated Net Worth: $10 Million. Jason “Jase” Robertson is the second eldest son of Phil and Miss Kay, and runs the manufacturing aspects of Duck Commander. Jase has helped his brothers turn the company into such a success and along with other employees tunes the duck calls by hand. Like the rest of the family, Jase got his TV start on the Outdoor Channel’s Duck Commander show before A&E created Duck Dynasty. Between the shows and the business Jase has an estimated net worth of $10 million.

Estimated Net Worth: $4 Million. Missy Robertson is the wife of Jase Robertson, who also features heavily in the show. She and Jase are very candid about their lives on the show, and thanks to the success of the Robertson’s business, Missy has a net worth of $4 million.

Estimated Net Worth: $8 Million. Jules Jeptha Robertson aka “Jep” is the youngest son of Phil and Miss Kay, and another member of the family enjoying the success of the business and the reality show. Jep has also released a book The Good, the Bad, and the Grace of God: What Honesty and Pain Taught Us About Faith, Family, and Forgiveness, and he and his wife Jessica got their own spin-off series, Jep and Jessica: Growing the Dynasty. All together Jep is worth an estimated $8 million.

Estimated Net Worth: $10 Million. Korie Robertson is the wife of Duck Dynasty star Willie Robertson, but she is also his business partner. Korie works in the front office and helped Willie to expand Duck Commander into the multi-million dollar company that it is today. Between her marriage to the CEO, her own contribution to the business and the success of the show, Korie has her own net worth of $10 million.

Estimated Net Worth: $8 Million. Silas “Si” Robertson is one of the biggest draws of Duck Dynasty because of his unintentional humor, as the brother of Phil and uncle to the boys. Si works at Duck Commander as a reed maker, and entertains everyone with his various stories and use of “Hey Jack.” As a star of the show and a part of the company, Si has a net worth of $8 million.

Estimated Net Worth: $20 Million. In the hands of Willie Robertson, the second youngest son of Phil and Miss Kay, Duck Commander went from a family business to a multi-million dollar business. He graduated from the University of Louisiana at Monroe with a degree focused on business, which greatly helped his success with the company. As such he is also the main star of Duck Dynasty and started the company Buck Commander as well focusing on big-game hunting. Willie has made himself an impressive $20 million through all of his hard work.