Home » Entertainment » Celebrities » Cast Of Community: How Much Are They Worth Now?

Cast Of Community: How Much Are They Worth Now? 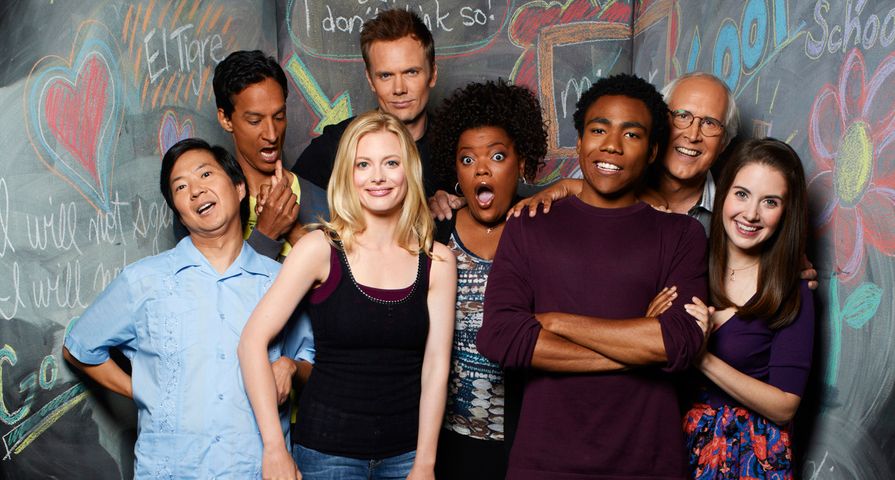 Community was yet another hit from the mind of Dan Harmon, and despite low ratings, it garnered acclaim for critics and fans alike, resulting in six awesome seasons. After basing the show off his own experiences at community college, the biggest job for Harmon was to find the right cast to make the humor behind the comedy work and it seems he struck gold. The cast is a mixture of many different talents of differing experiences in the industry, and together they pulled off the show and their individual characters perfectly. With a film adaptation already in development thanks to the cult following Community has gained, check out how much the cast is worth now!

Estimated Net Worth: $800 Thousand. Richard Erdman is an established actor in the industry who has an incredible 162 acting credits to his name! He is best known for his roles in Stalag 17, Tora! Tora! Tora! and The Men from the ’50s to ’70s. In more recent years he has done small roles on many television shows before taking on a 53 episode turn in Community as Leonard. Although he has had many roles over the years, he has had very few leading roles leading to a modest net worth by Hollywood standards of $800 thousand.

Estimated Net Worth: $50 Million. Chevy Chase is not often seen in sitcom,s but thanks to the show’s writing and Dan Harmon’s love for the iconic actor, he was persuaded to take the role of Pierce Hawthorne on Community. Of course, he was already a very well known star prior to his role on the show thanks to the films such as National Lampoon’s Vacation, National Lampoon’s Christmas Vacation and Caddyshack. He has been a recurring figure on Saturday Night Live and most recently reprised his role as Clark Griswold in 2015’s Vacation. He now has a net worth of $50 million, thanks in large part to his reign as Clark.

Estimated Net Worth: $8 Million. Jim Rash is a very recognizable star and not only for his acting roles. Although he has appeared in many films and TV series, he is also a writer who won an Oscar in 2012 for Best Writing, Adapted Screenplay for The Descendants. His most well known roles have been in Slackers, Minority Report, Friends, Sky High, That ’70s Show, Reno 911! and of course Community as Dean Pelton. Thanks to his success in many facets of the industry he now has an estimated net worth of $8 million.

Estimated Net Worth: $8 Million. It has not taken Donald Glover very long to become one of the hottest young stars in the industry. He has many talents and is known as a rapper, writer, comedian, producer and actor. He began as a writer for the hit NBC series 30 Rock, and once he moved into acting, things got even better, He has appeared in The Muppets, Girls, The To Do List, and of course Community as Troy Barnes. 2015 was a big year for him because he had noticeable roles in both Magic Mike XXL as well as The Martian, which helped him along to his impressive net worth of $8 million.

Estimated Net Worth: $4 Million. Yvette Nicole Brown began her career by starring in commercials before finally getting roles in both television and films which has now added up to 78 acting credits. She has appeared in Curb Your Enthusiasm, The Big House, Little Black Book, Dreamgirls, The Island, 500 Days of Summer and many, many more. Her starring role as Shirley Bennett in Community, however, has brought her the most stardom and helped greatly in her estimated net worth of $4 million.

Estimated Net Worth: $14 Million. No matter what Ken Jeong does, he succeeds. The popular actor’s first career was as a doctor, but continued with his love of comedy and began taking improv classes. After a few small roles, he got his big break in the 2007 comedy Knocked Up and roles took off from there. He has since appeared in many comedies including Pineapple Express, Role Models, The Hangover series, Couples Retreat, and of course Community as Ben Chang. Now, he has made a very respectable net worth of $14 million.

Estimated Net Worth: $5 Million. Alison Brie began acting in theater productions and made her screen debut in Disney’s Hannah Montana. Shortly afterwards she landed the role of Trudy Campbell on Mad Men. Along with the role she is well known as Annie Edison on Community and Lucy in the 2016 romantic comedy How to be Single. She now has 55 acting credits to her name as well as $5 million.

Estimated Net Worth: $3 Million. Danny Pudi absolutely stole the show on Community as Abed Nadir. He began his career in improv comedy and stock theater and finally landed a guest-starring role on ER and The West Wing. He quickly picked up more roles, most notably in Gilmore Girls, Greek, Fully Loaded and many more. Community is what solidified his career as a TV star, however, and also helped out his bank account the most as he now has a net worth of $3 million.

Estimated Net Worth: $2.5 Million. Gillian Jacobs is one of the least known stars from Community, but she does have quite a few acting credits. She began her career in 2005 with a part in the independent film Building Girl and has since had many roles going back and forth between television and TV. She has appeared in Gardens of the Night, The Box, Let Go, Seeking a Friend for the End of the World, Girls and is best known as Britta Perry from Community. Despite smaller roles, her starring role on Community helped her to a net worth of $2.5 million.

Estimated Net Worth: $14 Million. Joel McHale has had an extensive and varied career in the industry beginning in his first roles in Almost Live! and The Huntress. He has since been seen in Lords of Dogtown, Pushing Daisies, Spy Kids: All the Time in the World, Ted, Sons of Anarchy and of course as Jeff Winger in Community. Thanks to his many roles in many major shows and films he has a very substantial net worth of $14 million.