Home » TV » Entertainment » Cast Of Charmed: How Much Are They Worth Now? 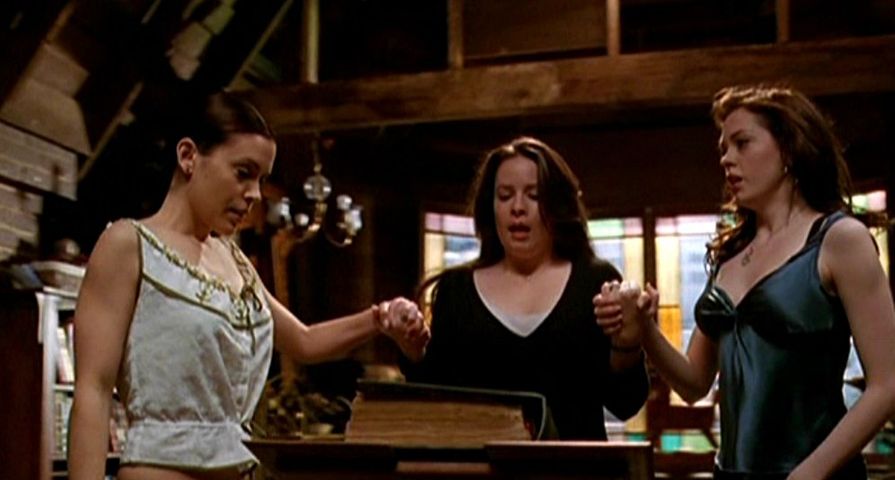 Being The Charmed Ones may have brought the “power of three” to the lucky witches of the popular show, but it brought the power of moolah to the actors who were lucky members of the cast. They may have spent their time battling demons and evil-doers on the show while attempting to hide their magical ways, but after Charmed ended, some of the actors went on to do movies, others continued working on the small screen, and others have been making headlines more for their personal lives than any professional work they’ve been up to. From modest fortunes (by Hollywood’s terms at least) to massive million-dollar bank accounts, here’s how much the stars of Charmed are worth now.

Estimated Net Worth: $10 million. Julian McMahon has established himself in Hollywood as someone with endless hottie villain potential. Playing Cole Turner on Charmed, otherwise known as the demonic assassin, Belthazor, (really, who doesn’t have their dark side, amirite?!), but that’s not the only evil-ish character he’s portrayed. In 2005’s Fantastic Four and 2007’s Fantastic Four: Rise of the Silver Surfer, Julian McMahon jumped into the superhero (or rather, supervillain) arena as Victor Von Doom, a.k.a. Dr. Doom. Fans of McMahon will also remember him as Dr. Christian Troy from Nip/Tuck along with numerous guest-spots and bit parts on shows, movies, and mini-series all helping him build an estimated fortune of $10 million.

Estimated Net Worth: $2 million. Where there’s modern magic and mayhem, there’s going to be some interest from the local law enforcement. When the Halliwell sisters were battling evil, Lieutenant Darryl Morris would show up on the scene and try to figure out what the heck was going on. Learning more as the series went on, the character played by actor Dorian Gregory was at first a nuisance to The Charmed Ones, but eventually became an ally. The actor himself stayed with the show throughout most of its 8 season run and although he has continued to work steady in the biz for years (both before and after Charmed), he hasn’t quite hit the same level of success. That, however, hasn’t stopped him from making a tidy estimated $2 million.

Estimated Net Worth: $500 thousand. What is a whitelighter to do when he falls in love with the witch he’s supposed to be protecting?! Poor Leo Wyatt sure found out when the guardian-angel married Halliwell sister Piper. Played by Brian Krause, Leo the good-guy angel was the opposite of Julian McMahon’s evil-turned-sorta-good Cole, but was just as crush-worthy for fans of the show. Brian Krause has been wildly busy over the years, both before and after Charmed, appearing on countless programs, though mostly in smaller roles. Fans of Krause will be happy to know he’s keeping as busy as ever this year and next, with multiple shows in post-production, including a new series, Turn Back Time, where he plays Trevor Haas/Trevor Carson and appears in 9 episodes of the upcoming program. Be sure to watch out for that! His schedule may be super packed, but his bank account isn’t quite as overflowing as you might imagine, with an estimated fortune of $500 thousand.

Estimated Net Worth: $10 million. Shannen Doherty certainly knows how to land herself a lead role on a super popular show … and then leave it halfway through. When she came onto the scene as Beverly Hills: 90210’s twin co-star Brenda Walsh, she nabbed the role of a lifetime. She managed to do it all over again when she was given the role of Prue Halliwell, the eldest witchy sister on Charmed. Both shows saw Shannen leave part-way through with questions and rumors rampant as well as a heck of a hole in the cast that needed to be filled. Shannen has continued to act over the years, including reprising her role as Brenda Walsh for the newer 90210, but it’s also her rocky relationships and diva-like behaviour that has kept Shannen in the headlines. One has to wonder what her fortune might be if she had stayed around in her popular roles and if her personal drama hadn’t possibly prevented her from landing other prime roles, since even with all of that, she’s still doing fine with an estimated $10 million.

Estimated Net Worth: $18 million. When Shannen Doherty stepped out on Charmed, it gave Rose McGowan a chance to step in. Introduced as a Halliwell half-sister, Paige Matthews was a witch-plus-whitelighter who had to learn to balance all sorts of magical powers and demon-filled drama. Not all actor/character replacements are a hit on beloved shows, but Rose McGowan ended up being a super popular member of the cast and was wholly accepted as the new Charmed One. After Charmed ended, Rose kept busy with roles on various shows including an appearance as Dr. Teddy Rowe on Nip/Tuck along with former Charmed co-star Julian McMahon. Still busy with work both currently filming and in post-production, we’ll definitely be seeing more of Rose McGowan, which will help her add to her estimated personal fortune of $18 million.

Estimated Net Worth: $14 million. Holly Marie Combs played Piper, the middle Halliwell sister who later became the eldest Halliwell sister when Prue was killed-off in order to accommodate the fact that Shannen Doherty was leaving the show. Holly Marie Combs has been acting since she was young, but it was her role on Charmed that brought her fame and her first taste of her fortune. Recently, fans will also recognise her as Ella Montgomery from Pretty Little Liars, which has added to her estimated personal fortune of $14 million.

Estimated Net Worth: $45 million. Another actress who started in the business young, Alyssa Milano first had fans falling in love with her as the adorable Samantha Micelli on Who’s The Boss, which ran for almost 10 years from 1984 to 1992. Alyssa literally grew up on the show, so it took a little work for her to help long-time fans see her as anything other than little Sam. She managed it, though, with roles in shows, movies, and mini-series that helped her transform herself from little girl and girl-next-door teen to full-grown gorgeous woman. Parts on Melrose Place as Jennifer Mancini, on My Name Is Earl as Billie Cunningham, Mistresses as Savannah ‘Savi’ Davis, and of course her role as Phoebe Halliwell on Charmed, not only helped her establish herself as a successful adult actress, but has also resulted in an estimated $45 million fortune.