Home » Entertainment » Celebrities » Things You Might Not Know About Alyssa Milano 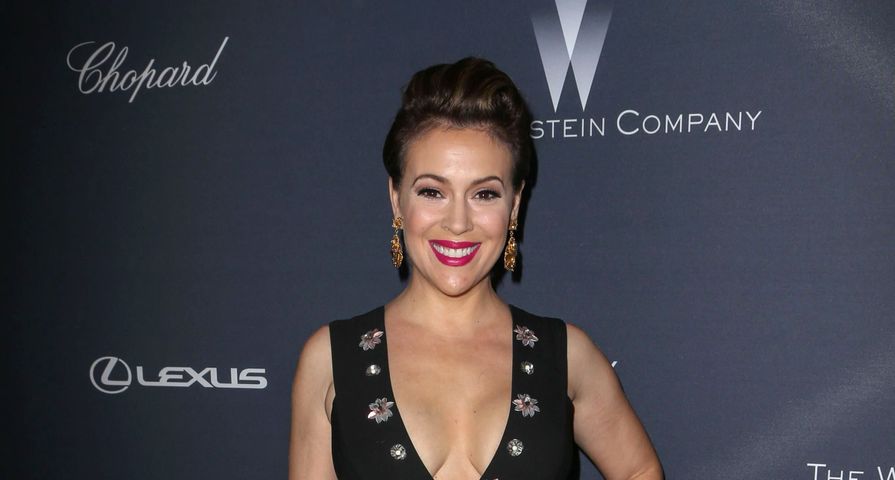 It is hard to believe but beloved actress Alyssa Milano has already been working in the industry for over 30 years and in that time she has gained a large and extremely loyal fanbase. Audiences have come to know and love Milano through her various film and TV roles portraying fan-favorite characters in shows such as Who’s The Boss?, Charmed, and Mistresses. After so many years, there is a lot to know about Milano and her life in the public eye! Here are sp, things you didn’t know about the stunning actress:

Since fans have seen Milano appear on the big and small screen since she was just a child, many forget that, as well as being an actress, she was also a singer. After a producer saw Milano in a film in the early ’90s he offered her a five-album record deal and although they were “bubblegum pop,” they went platinum in Japan. Milano discussed this time in her life and career during an interview with Jimmy Kimmel in 2013 where he jokingly called her “the Japanese David Hasselhoff.” Milano has never been proud or happy with her music but said she is happy it stayed in Japan where it was appreciated. “A lot of actors who release albums here are laughed at,” she said. “I’m not interested in crossing over. I’d much rather have it released where it’s appreciated than laughed at.”

While both her parents worked in the entertainment industry in some capacity, they actually had nothing to do with Milano’s start in the industry at a young age. When she was only seven her babysitter took her to an audition for a national touring production of Annie, without the knowledge of Milano’s parents. She ended up being one of four girls selected out of around 1,500. Luckily, her mother agreed after Milano got the part and she went on the road with her daughter for 18 months. After the production wrapped up, Milano landed commercial parts and quickly built upon her career.

Alyssa Jayne Milano was born on December 19, 1972, in Bensonhurst, Brooklyn. She was born to Lin and Thomas M. Milano and is the older sister of one brother Corey. Growing up, Milano’s mother worked as a fashion designer and a talent manager while her dad worked as a film and music editor. Her parents raised her and her brother in Bensonhurst until a local shooting prompted them to move their family to Great Kills, Staten Island.

After roles on Who’s The Boss, Charmed and most recently Mistresses, many fans forget about the numerous other parts she has had over the years. One of Milano’s first and biggest roles was in 1985 when she starred in the hit Arnold Schwarzenegger film Commando as Schwarzenegger’s daughter, Jenny Matrix. She went on to also star in Fear alongside Mark Wahlberg and Reese Witherspoon, and also holds the distinction of being the person with the body type and personality that Ariel from Disney’s The Little Mermaid was based upon.

Since Milano started as a child star, it was hard for many fans of hers to come to terms to the actress turning to a more “sexy” side as she shed her “good-girl” image. In 1993 Milano posed nude for Bikini magazine and along with fans, her Who’s The Boss? onscreen father Tony Danza also had an issue with it, saying, “I worried about her, but it wasn’t my place to say anything. I played her father, but I wasn’t her father.” She then also caused a commotion in 2000 when she appeared in ads for Candies that were extremely sexual and ended up being rejected by magazines, along with “Anywhere You Dare” commercials that the WB and FOX would not allow to air on their networks. 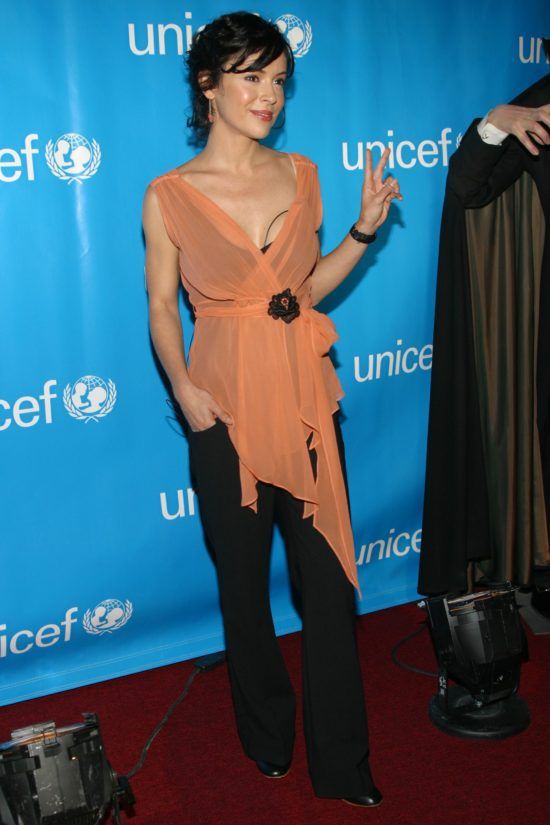 While Alyssa Milano along with Holly Marie Combs and Shannon Doherty portrayed three extremely close sisters on Charmed, the truth on the set was far from what was seen on-screen. Milano and Doherty ended up in one of the most infamous TV set feuds of the time after Milano referred to working with Doherty like being back in high school, and was not too sad to see Doherty leave the show after three seasons. In response to Milano’s remarks, Doherty said, “I’m 30 years old and I don’t have time for drama in my life anymore. I’ll miss Holly a lot.” Fortunately, the two women seemed to have patched things up after Milano sent her love and well wishes to her former co-star after Doherty revealed her battle with breast cancer in early 2016. 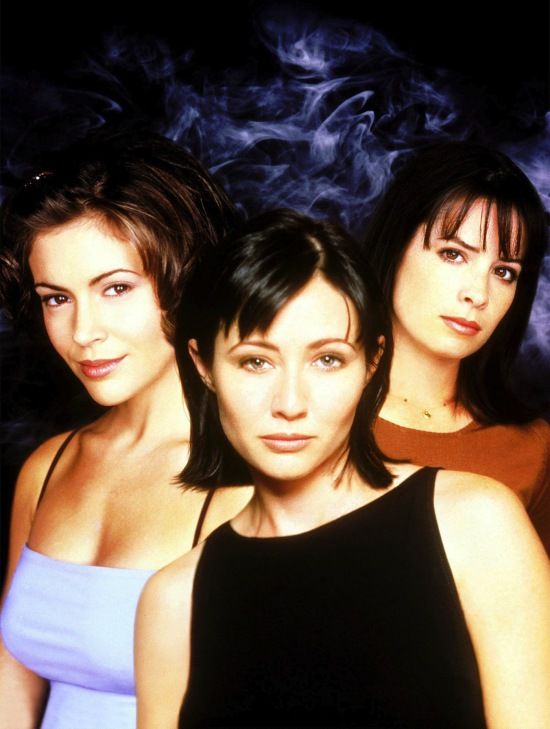 Success in both acting and music wasn’t enough for Milano, who has also done a lot of work outside of those two branches in the entertainment industry. First and foremost Milano is a staunch animal activist and has used her celebrity platform to raise awareness of animal abuse and raise money for charities benefiting animals. As an avid sports fan she also teamed up with G-III and the MLB to create “touch” which is a line of team-logo fashion aimed at female sports fans.

#BTS That’s a wrap on our 2017 touch by Alyssa Milano photoshoot. Surrounded by strong women that make it all happen. #teamtouch A photo posted by Alyssa Milano (@milano_alyssa) on Nov 17, 2016 at 6:10pm PST

Over the years Milano had a few big relationships before settling down. In 1993 Milano and actor Scott Wolf became engaged, but they split and broke off the engagement the following year. In 1999 Milano then married singer Cinjun Tate who is known for being the lead singer of the rock group Remy Zero, but the pair divorced just over a year later in early 2000. In 2007 Milano then began dating agent David Bugiliari and the two got engaged in December 2008 before marrying on August 15, 2009. In August of 2011, the pair welcomed their first child, Milo, and three years later welcomed a daughter, Elizabella, in September of 2014.

After beginning her career as a child in theatre productions and then commercials, Alyssa Milano made her on-screen debut in 1984’s Old Enough. She has since racked up an incredible 74 acting credits to her name in numerous roles across TV and film, and has also expanded her career into different avenues of the industry resulting in an estimated net worth of $10 million. 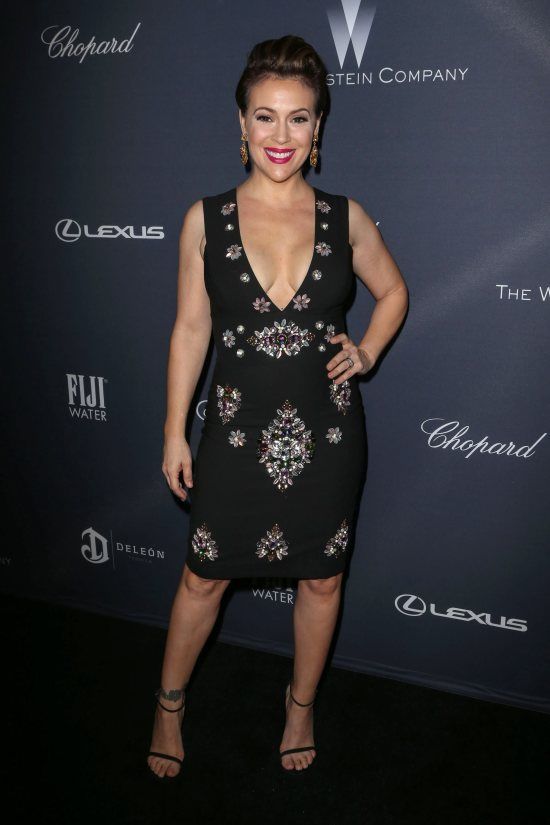 While it is known that Milano is an avid sports fan, her love for the game of baseball goes way beyond what many realize and she is one of the biggest baseball fanatics out there. Growing up she was a fan of the New York Yankees, and then became a Los Angeles Dodgers fan, and along with attending as many games as possible, she has written a blog for the MLB and in 2009 even released a book called, “Safe at Home: Confessions of a Baseball Fanatic.” 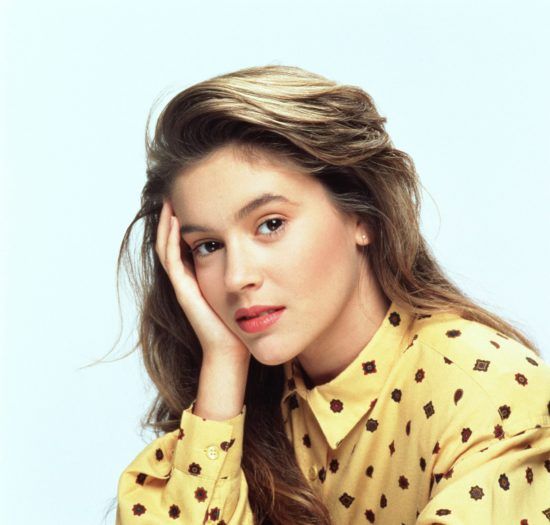