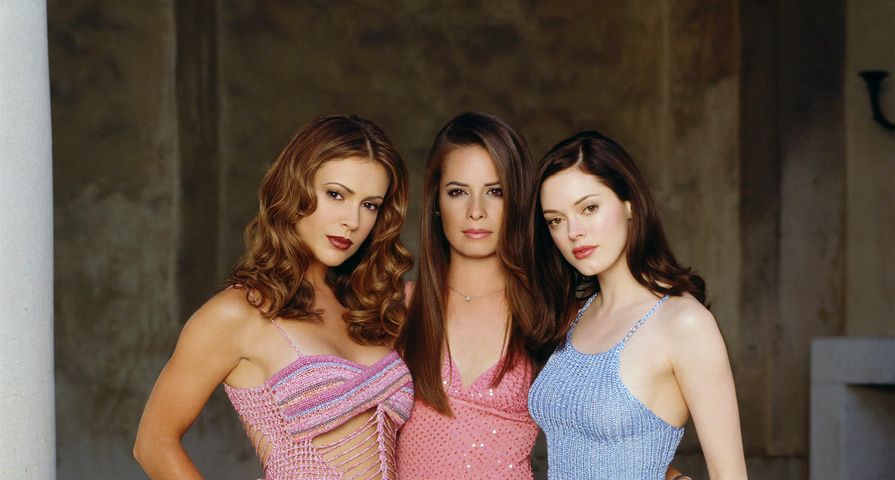 Female power never looked better than the eight seasons that Charmed ran on television from 1998-2006 and unfortunately like all great shows it had to come to an end, and eleven years after the last episode aired on May 21, 2006, we still miss it. Much like Smallville could be pointed to as the beginning of superhero shows dominating the small-screen, Charmed along with shows like Buffy the Vampire Slayer gave way, not only for female-dominated shows but supernatural based shows. The Halliwell sisters were the most witchin’ women on television right from the first episode “Something Wicca This Way Which Comes” in which it garnered 7.7 million viewers, breaking a WB pilot episode record. Not to mention by episode 12 in season 8, Charmed became the longest-running hour-long television series featuring all female leads in American television history. Although more witch based shows have come after, none have come near the success of Charmed as it continues to reign as one of the best cult shows to ever grace television, making it easy to love and even easier to miss.

Yes, all shows have theme songs but there are only a few that spark a certain emotion every time you hear that song, even long after the show is off the air. Charmed‘s theme song was Love Spit Love’s cover of The Smiths “How Soon Is Now?” and it’s haunting sound and the vocals are the perfect match for the images of the triquetra symbol and book of shadows that flash throughout the credits. This show was so good, you didn’t even want to miss the opening credits thanks to the song and imagery attached to it.

Being three young, gorgeous women with supernatural powers living in San Francisco, the Halliwell sisters definitely have a right to having a certain amount of confidence and sass. One of the best parts about the female leads, Piper (Holly Marie Combs), Phoebe (Alyssa Milano), Prue (Shannen Doherty) and Paige (Rose McGowan), was that their powerful roles meant they weren’t there just to be pretty faces. Their humor was effective, witty, sarcastic and sometimes dark which gave not only the characters more depth but the show as a whole because it really had everything beginning with having great actresses at the helm. Sure, the writer’s can be credited for the lines but the deliverance all came down to the sisters and they hit the mark every single time, and even in the face of danger, they were still cracking jokes because they are bad-a– witches.

Apparently, Shannen Doherty is not the easiest actress to get along with according to multiple stories not only from her Charmed castmates but her Beverly Hills 90210 castmates as well. Regardless of that, Prue was a great character as the eldest of the Halliwell sisters which also made her the strongest and bravest of the three, acting to protect innocents and her sisters no matter what. Although Doherty and Milano apparently hated each other off-screen, that never translated into the show, making them an incredible three for the female leads. She may have been a little over-bearing but it was shocking and sad when Prue met her death at the hands of Shax at the end of season three. We miss her stable guidance over her younger sisters but, luckily for fans and the future of the show, Rose McGowan as their half-sister Paige Matthews did a great job and her presence allowed for the re-establishment of The Power of Three.

With three prominent female characters, Charmed also makes us seriously miss the fashion of the late ’90s and early ’00s when we look back on the show now. Crop tops and high waisted pants might be making a comeback but we remember it as one of the hottest fashion trends of the ’90s thanks to shows like Charmed. Sure the Halliwell sisters were out to kick demon butt, but that didn’t mean they couldn’t look great doing it. Whether it be in platforms, halter tops, or pleather, they rocked it, along with some great and ever-changing hairstyles. Not only did you want powers just like the Charmed Ones you wanted to look just like them while using them.

The Halliwell sisters may have been witches but they were also three young, professional women with jobs outside of vanquishing the bad guys and, in their attempts to lead normal lives, also had quite a few love interests. Piper and Leo Wyatt (Brian Krause), however, were the longest-running and definitely one of the favorite relationships in the entire show as it spanned all eight seasons and the adorable couple went through countless ups and downs together. Their love for each other was impossible not to root for as a fan, and their cheesy lines melted our hearts all the same. Of course, given the fact they were both magical, this relationship was much more interesting than the normal relationships on TV dramas. With everything constantly changing, and someone always threatening the sisters, the stability of Piper and Leo’s love was important to the show and one of the main things we miss about the show.

In contrast to Piper and Leo’s steadfast love, Phoebe and Cole had one of the most dysfunctional relationships on TV, thanks in large part to the fact he was none other than Belthazor, a legendary demonic soldier and then goes on to become the Source of All Evil. Phoebe dated a lot of guys in the show but Cole, played by Julian McMahon, was hard to resist even if he was demonic, and even being a demon didn’t stop his human side from taking over as his feelings for Phoebe grew. Talk about the power of love! It was a rollercoaster ride of emotions as we tried to figure out if we were rooting for Phoebe being with Cole or vanquishing him, but we miss the excitement and never knowing what was going to happen to the star-crossed pair.

4. The Book of Shadows

There wouldn’t even be a show if it weren’t for the Book of Shadows, so there is no doubt that we miss it. Almost every episode revolved around some demon or spirit trying to steal the Book in order to learn the centuries-old secrets of the most powerful line of witches. Thanks to the great characters and storylines everyone wanted to be a witch and it all began with the Book of Shadows which was intricately made with drawings and descriptions of demons and magical beings, not to mention packed full of all the spells the sisters needed to defeat their enemies.

Before One Tree Hill’s Tric, there was an even better nightclub hangout–P3. Like most good shows, there has to be a central location for the characters to “relax” but also serve as a center for much of the action, and since Charmed was an awesome show, their hangout was an awesome nightclub. Piper decided to become the owner of the club after quitting her job as a chef at Quake, calling it P3 to signify not only the Power of Three but also in honor of her sisters. Given the intensity of their abnormal lives, having P3 as a place for the Halliwell sisters to actually have some fun added a great balance to the show and of course led to some great guest musical appearances. Goo Goo Dolls, Dave Navarro, Pat Benatar, Smash Mouth, The Donnas and Michelle Branch all performed at P3, making it most definitely the coolest fictional club on TV.

Sure, they were the most powerful force of Good ever when enforcing the Power of Three, and we’ll get to that in a minute, because their individual powers were incredible as well. We miss our favorite fearless ladies and we miss them kicking demon butt with their powers and the fact that they were each given different powers and limitations. Unlike other “witch” stories, the Halliwells could only do so much individually, which added creativity to the show and realism to their witch characters. What was also exciting about this show compared to others was that character development on Charmed meant they developed new powers as well, none of this basic, “grew into a better person” over 6 seasons kind of stuff. Prue had telekinesis which grew more powerful over time and she was also capable of astral projection. Piper could freeze time which turned into an overall ability to manipulate molecules meaning she could blow things up and selectively freeze things. Phoebe’s main power was premonition and then learned to levitate and gained the power of empathy to manipulate the emotions of others. Paige was especially magical due to the fact she was a whitelighter, giving her a hybrid of powers including the ability to orb.

1. The Power of Three

Last but not certainly not least, we miss the Power of Three. Although there were love interests and relationship storylines, yet another thing that set this show apart from others, aside from the fact it was lead by three females who were witches, was the fact the main relationship that was focused on was the bond of sisterhood. As the protectors of all innocents and three of the most powerful witches to ever live, combined it was only the Halliwell sisters who could defeat the Source of All Evil. They were much more than witches, they were protectors and we saw the effects of the broken Power after Prue’s death at the end of season three. The show undoubtedly was interesting due to its unusual premise but what made it better is the backstory — these weren’t just any “Sabrina” type witches, no, these were Super Witches and we miss all of them.