Home » Entertainment » Celebrities » Cast Of 30 Rock: How Much Are They Worth Now?

Cast Of 30 Rock: How Much Are They Worth Now? 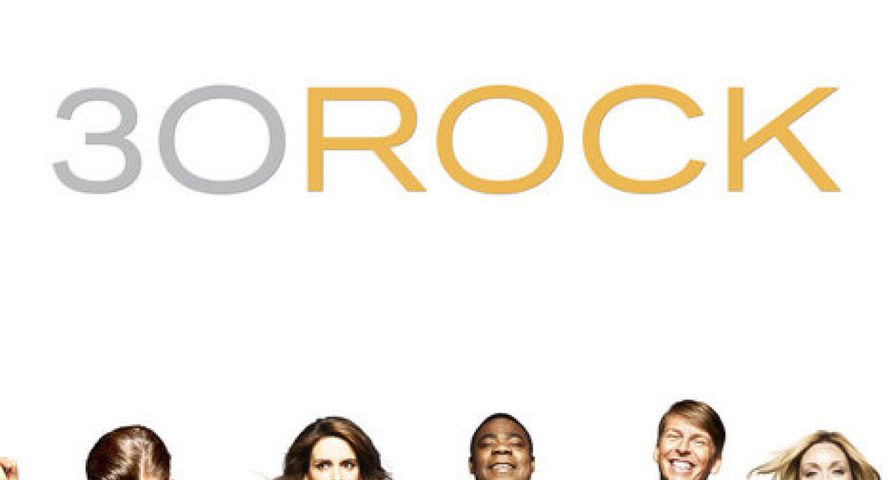 Tina Fey is so popular and well liked in Hollywood, everything she is associated with becomes a huge hit and this proved to be no different when it came to her satirical sitcom, 30 Rock. The show ran for seven seasons on NBC and was loosely based on Fey’s time as a head writer on Saturday Night Live. It gave viewers a kind of behind-the-scenes look at what goes on when making a live sketchy comedy show. 30 Rock ran from 2006 to 2013 and was stacked with hilarious comedians like Alec Baldwin, Tracy Morgan and Jack McBrayer. It’s almost been three years since the show ended and we miss it already! Here’s a compiled list of the main cast members and how much they are worth now:

Estimated Net Worth: $5 million. Keith Powell is best known for his role as James “Toofer” Spurlock on 30 Rock. In addition to his acting credits, he’s also done a lot of producing and directing. He’s produced and directed a lot of New York theater productions like The Mouse That Roared, Four Hearts Changing and One Night and Quality of Silence. He started acting on-screen with one episode appearances on Law and Order before he got contracted as a recurring character on 30 Rock. In 2007 he tried to move on with a new show, but the pilot never got picked up and after that he got promoted on 30 Rock to a series regular. Since the show ended in 2013, he took on a recurring role on the series About a Boy and appeared on shows like The Newsroom and Deadbeat. He’s had small roles in the films My Name Is David and Syrup, and in 2015 he created, wrote, directed and starred in the web series Keith Broke His Leg. The majority of his income has come from working on 30 Rock, which is sitting at an estimated $5 million.

Estimated Net Worth: Unknown. Also known as “Dot Com” on 30 Rock, Kevin is a comedian, film and television actor and he even has some producing credits to his name. He’s done some stage acting and took on the role of executive producer for the stage play “Box.” He began his on-screen acting career in the early ’90s, since then he’s appeared in a few movies with brief cameos in big films like Did You Hear About the Morgans?, Mystery Team, Human Giant, Get Rich or Die Tryin’ and Confessions of a Teenage Drama Queen. He’s done one episode appearances in Second Noah, Last Comic Standing, Royal Pains and Castle, but his money making role was on 30 Rock from 2006 to 2013. His net worth is largely unknown, most likely due to his lack of roles, but he’s probably sitting somewhere around $300 to $400 thousand.

Estimated Net Worth: $5 million. Scott Adsit works as an actor, writer, and improv comedian. He gained recognition in his career after he joined the cast of Chicago’s The Second City in 1994. In the early 2000s he began his television career with a slew of appearances on big shows like Friends, Felicity, Malcolm in the Middle, Curb Your Enthusiasm, Ally McBeal, Alias, CSI: Miami, Charmed, The Drew Carey Show and The Office. He’s also done a few roles in films like Grand Theft Parsons, Without a Paddle, Be Cool, We’re the Millers, and Accepted. Scott co-directed, co-wrote, and co-produced the animated series Moral Orel and voiced several characters. He’s also voiced characters in Big Hero 6, Disney Infinity 3.0, and Robot Chicken to name a few. When he joined the cast of 30 Rock he took on the character, Pete Hornberger, and since the show ended he’s focused on voice acting and films. Scott has an impressive resume and it’s paid off because he’s worth an estimated $5 million!

Estimated Net Worth: $2.5 million. This actor has a long list of credits. He hasn’t been on the scene very long, but in the past 16 years he’s racked up quite the resume. He’s recognized as an actor and comedian, but best known for his role as Frank Rossitano on 30 Rock and Toby Radloff in the movie American Splendor. Judah had small roles in big films like Starsky & Hutch, Along Came Polly, Southern Belles, Date Movie, Wet Hot American Summer and Chapter 27 — to name a few. He hadn’t done much television work before getting his main cast role on 30 Rock, and since then he’s continued to focus on films. He did appear in on episode of Fresh Off the Boat, Children’s Hospital and has lent his voice to characters on Ice Age: A Mammoth Christmas, Rio, Star Wars: The Force Awakens and Bordertown. Judah’s career could use some more leading roles, but he’s doing just fine so far with a net worth of $2.5 million.

Estimated Net Worth: $12 million. Jane Krakowski received many nods over the years for her role on 30 Rock as Jenna Maroney. Her other big career accomplishment was as Elaine Vassal on Ally McBeal which earned her a Golden Globe nomination. She is a regular stage performer with a Tony Award under her belt and has lent her voice to big projects like Ice Age, Open Season, and American Dad! She has an extensive career in both film and television — her biggest film roles have been in Big Stone Gap, Pixels, When Zachary Beaver Came to Town, The Flintstones in Viva Rock Vegas, Dance with Me, and Stepping Out. Her biggest success has been with television — she’s had four main casting roles: Seach for Tomorrow, Ally McBeal, 30 Rock and Unbreakable Kimmy Schmidt. She has also appeared on series like Law & Order, Modern Family and Younger. Jane’s long and busy career has paid off because she’s now worth an estimated $12 million!

Estimated Net Worth: Unknown. Like many actors, Katrina started her career in the soap opera industry with a two-episode role on One Live to Live. After that she did some guest starring roles on Law & Order: SVU, Ugly Betty, New Girl and Psych. It was during all of this that she landed her main role on 30 Rock as Cerie which she played out until the end in 2013. Since the show ended she’s moved onto another main casting role on the show Public Morals. To add to her net worth, Katrina has also had some small roles in movies like Sex Drive, Scary Movie 5, Movie 43, American Reunion, Tucker & Dale vs. Evil and appeared in music videos for big artists like Fall Out Boy, Panic! at the Disco and Jewel. To date her net worth is largely unknown which is odd because she’s had two main roles on television series, but if we were to guess she’s probably worth around $1 million.

Estimated Net Worth: $6 million. Jack McBrayer is most famous for his sketches on Late Night with Conan O’Brien, but he got his big break when he met Tina Fey while he was working at Second City. It was this relationship that earned Jack a spot on her show, 30 Rock. In addition to 30 Rock, he’s had recurring roles on shows like The Middle, Arrested Development, The Jack and Triumph Show and Yonder. This comedian also does quite a bit of voice acting with a regular series spot on the Disney’s Wander Over Yonder, and jobs on big projects like Despicable Me, Wreck-It Ralph, Phineas and Ferb and the upcoming film, Smurf’s: The Lost Village. Also, how could we forget Jack’s role on the successful rom-com, Forgetting Sarah Marshall! That surely contributed to his net worth quite a bit, which is sitting high at an estimated $6 million.

Estimated Net Worth: $65 million. Alec is the oldest of the four Baldwin brothers. His resume is absolutely stacked with huge projects that have contributed to his massive net worth — we will try to tackle some of his money makers. His biggest roles on television have been of course, 30 Rock, but also Will & Grace, Thomas the Tank Engine & Friends as a narrator, Friends, Nip/Tuck and SNL. He’s been involved in many documentary projects, his latest was narrating Frozen Planet. Alec was a producer and appeared in the movies like Heaven’s Prisoners, The Confession, State and Main, Lymelife, Seduced and Abandoned and he directed Shortcut to Happiness. His biggest movie projects as an actor were Beetlejuice, The Departed, Pearl Harbor, The Cooler, The Cat in the Hat, Elizabethtown, My Sister’s Keeper, It’s Complicated, Concussion, Still Alice, Blue Jasmine, Aloha, and The Aviator. As a producer for the show and a starring character, Alec was making approximately $300 thousand per episode on 30 Rock. Since then he’s done a bit of hosting on television and continued on with films. He’s now worth a whopping $65 million!

Estimated Net Worth: $18 million. Tracy Morgan is best known as a comedian on eight season of Saturday Night Live and his role as Tracy Jordan on 30 Rock. Most of his work on television has been appearing as himself and he’s landed many hosting gigs. His film experience is extensive with roles in big projects like 30 Years to Life, The Longest Yard, Little Man, Cop Out, Death at a Funeral, First Sunday, and Accidental Love. He’s also lent his voice to projects like Farce of the Penguins, Are We There Yet?, Rio, Rio 2 and The Boxtrolls. In 2014, Tracy was involved in a horrific traffic accident and only started making public appearances in the last year. Tracy is back on his feet and is worth an estimated $18 million.

Estimated Net Worth: $65 million. Tina Fey is a veteran comedian and actress in Hollywood and she’s also well recognized for her writing and producing credits. She’s received many nods from Academy Awards for her writing, comedy skills and acting. She was a head writer for NBC’s Saturday Night Live and is the creator, writer and producer behind the shows 30 Rock and Unbreakable Kimmy Schmidt. Tina’s done both television and film, her most notable television roles have been of course on 30 Rock and Unbreakable Kimmy Schmidt, while her biggest money making films have been Baby Mama, Anchorman 2: The Legend Continues, Muppets Most Wanted, Admission, Sisters, Whiskey Tango Foxtrot and Mean Girls (a film she also wrote). Fey is also the narrator for the Disney Nature film, Monkey Kingdom. While working on 30 Rock she was making approximately $500 thousand per episode! With all of her experience and behind the scenes work, it’s no wonder Tina Fey is worth a huge $65 million.