Another World’s 7 Most Toxic Couples 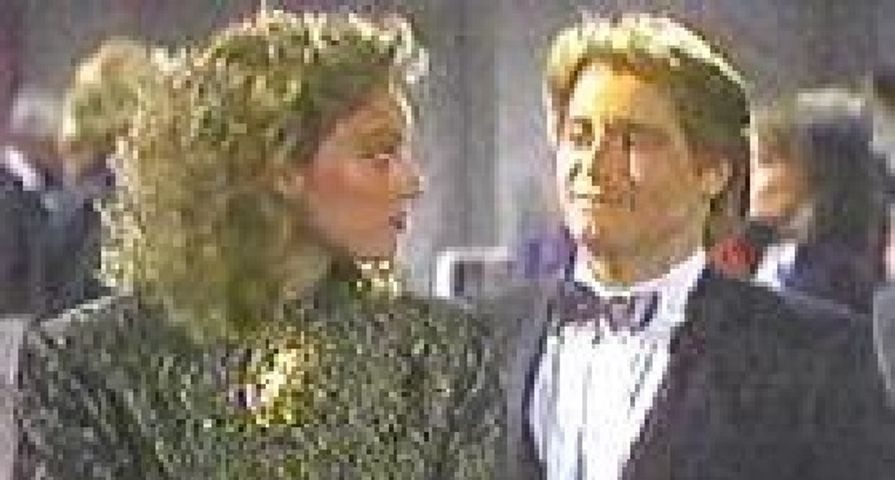 In the land of Bay City, love ruled the roost and while some couples within the cancelled soap opera of Another World (AW) were incredible, there were some that were also quite toxic. Whether couples were brought together through manipulation, seduction, or a controlling partner – AW had its fair share of toxic unions. Below is a list of the best of the best when it comes to toxic AW couples.

As many will notice, Grant Harrison pops up a few times on this toxic couples list and that is all thanks to his manipulative ways. The first wife of his that hits this list is Cindy Brooke. The two met when Grant blackmailed Cindy into helping him with one of his schemes against Vicky Hudson, his ex-wife. What a way to start a relationship! By the time 1997 hit, the two were married and realized that their union wasn’t that bad after all. After Grant decided to become Mayor of Bay City, he found it easy to mold Cindy into an ideal wife that the public would adore. Still, the two would find out later that Cindy was unable to conceive a child for Grant and he dropped her like a bad habit … and even had her committed at one point. Their relationship was pure toxic from the get-go, but watching them on daytime screens was highly entertaining!

When Amanda met Evan in the late ‘80s, she was a happily married woman with a young child. The need to climb that corporate ladder led her to an affair with Evan, a colleague at Cory Publishing at the time. The two worked very closely on a couple of key projects at the publishing house; however, this was just a facade as Evan had always set out to destroy Amanda’s relationship — which is exactly what he did. He first introduced himself as Evan Bates (never a good sign when a relationship starts under false pretenses), and he immediately began pulling out all the stops in seducing her. Amanda finally gave into Evan and it nearly destroyed her marriage (and happy little family) with then-love Sam Fowler. Sam and Amanda did reconcile, but it was never the same after Amanda and Evan hooked up.

A young Vicky Hudson became infatuated with Jaime Frame in the late ‘80s. So much so that she schemed her way into his bedroom and heart. While Jaime was with Lisa Grady at that point in time, this certainly did not stop a then-conniving Vicky to pull out all the stops. Vicky ended up seducing Jaime and got pregnant. The baby added yet another element to her plot to gain the affections of Jaime and she almost succeeded in winning his heart for good as he did end up marrying her. An affair with Jake McKinnon ended all those warm and fuzzy feelings, as well as their marriage. After many years of drama the two finally parted ways and learned to become friends in order to effectively co-parent their son Steven.

These two shared a love history and marriage together far before either of them were introduced to the AW audiences, dating back to sometime in the 1970s. While viewers never saw them together at that point in time, it was well known that the duo had little love in their marriage. Their union was more so out of convenience. In 1984 the two reunited, but only for a short while. Still, at that point Carl was Bay City’s biggest villain and he was not willing to let Donna go easily. He threatened to let everyone know that Marley was Donna’s illegitimate child with Michael Hudson, not her sister, as everyone had thought. While the secret was eventually revealed, there certainly was no love lost between Donna and Carl (at that point in time).

It’s a pretty messed up relationship when a husband works hard at keeping his paralyzed wife paralyzed, but that is exactly the situation that arose in the early ‘90s between Amanda Cory and Grant Harrison. The two fell in love in 1992 when Amanda helped Grant with his memoirs as part of a project for Cory Publishing. The two were engaged by 1994 and everything was sunshine and roses until Evan Frame, Amanda’s ex-lover (see number 6 couple on this list), strolled back into town. Grant became a compulsive, obsessed, and jealous finance. When Amanda was paralyzed in late 1994 due to a car accident, Grant took the opportunity to marry her as a way to gain the upper hand and keep her locked in their relationship. But, he also worked hard to sabotage her recovery as well. Quite twisted and toxic, all in the same breath.

The love story between Carl and Lorna was not only toxic, it was a little creepy as well. Finding her at the age of 13, he took the child in and turned her into his protege. It’s important to note, he never took advantage of her in the bedroom when she was young, rather he waited patiently for her to bait him when she was ready and of age. Still extremely gross regardless. Lorna joined Carl and flew into Bay City in 1991 where she helped him sabotage Matthew Cory’s budding music business, D&M Productions. Carl had molded Lorna into a scheming criminal and their relationship was warped by manipulation and evil doings.

Vicky and Grant’s relationship (not to mention their love triangle along with Harrison’s brother Ryan) ruled the AW airwaves for a good part of the ‘90s until the show was cancelled. At first, Vicky was quite smitten with Grant and his political lifestyle. Grant worked his charm on her and did everything he could to take her away from his brother, Ryan. As their relationship progressed it was clear that Ryan was the one Vicky truly loved. However, Grant was obsessed with keeping Vicky by his side and went to great lengths to accomplish this. So much so, he sabotaged her recovery when she got shot (this seems to be an ongoing trend with Grant and his wives). Throughout their on-again-off-again relationship he would drag out their divorce, frame her for his attempted murder, and try to kill her himself. His death in 1999 finalized the end to this tortured and toxic relationship and Vicky was finally able to get some relief from the nut case that occupied her life for almost eight years.