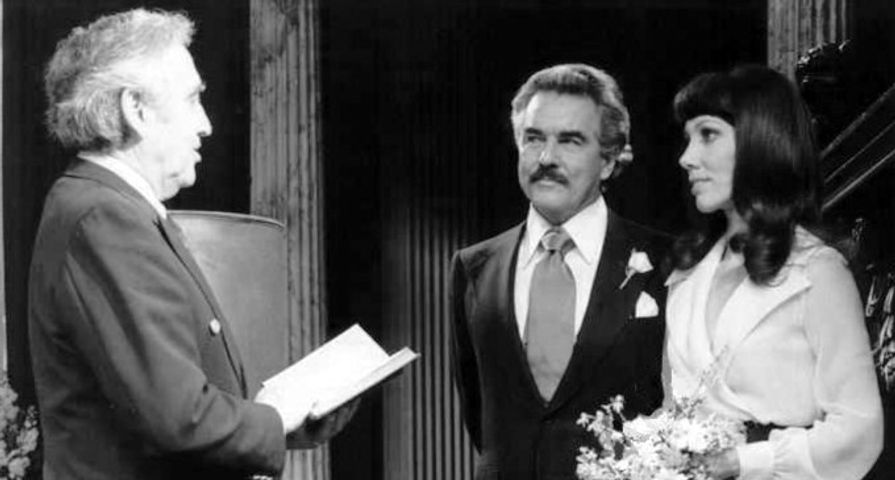 Another World (AW) was a highly popular daytime drama that aired for an incredible 35 years, starting in 1964 and ending in the summer of 1999. While Bay City had its fair share of drama over those years, it also showcased some unique storylines, adventures, rivalries, and romances As such, below is a list of the seven best couples that came out of Another World.

These two lovebirds shared a unique romance. While rich princess Donna Love was raised by a controlling father growing up, stable boy Michael Hudson caught her eye and the two shared a heated affair. Donna soon got pregnant at a very young age with twins, Vicky and Marley. Daddy dearest Reginal got involved at that point and ended the affair. He put Vicky up for adoption and raised Marley as his own. Weird scenario, right? Raising your daughter as your sister? The truth eventually came out years later and when Michael returned to Bay City, these two instantly rekindled their romance. It was sweet, it was passionate, and for many AW fans, these two canoodling on screen was the best part of the show.

When well-to-do Amanda Cory returned from boarding school, she dove right into working at her father’s company, Cory Publishing. A young Sam Fowler, who also happened to be the brother of Mitch Blake (her mom’s extra-marital affair at one point), also jumped into the Bay City scene. Amanda lied to Sam at first, and didn’t reveal she was a Cory because she thought it would turn him off. Alas, they got over it and Sam’s down-to-earth attitude seemed to mix well with Amanda busy lifestyle as a business woman. They got married, had sweet little Allie (Amanda’s only child) and things seemed to be working … until Evan Frame showed up and seduced Amanda. While their affair did cause a break up, Sam and Amanda did make up again (only to break up again). But isn’t that how it goes in the land of soaps?

Wild child Francis Frame was the perfect match for the smart and conservative lawyer, Cass Winthrop. Their back and forth banter and matching wits was not only comical, but also romantic and sexy. The two ended up having a whirlwind affair and eventually settled down and got married. They ended up having a little girl, Charlotte. She was nicknamed Charlie to match Frankie’s fun attitude. Alas, their love story was cut short in 1996 when the Bay City stalker claimed Frankie’s life. A sad ending to an incredible relationship.

These two kids from the wrong side of the tracks grew up together in a little town called Lassiter. As youngsters, they became the best of friends and as they grew up they turned into lovers. While Vicky was considered the ‘bad twin’ when she first arrived in Bay City, over the years she eventually evolved into a very decent human being. The same could be said for Jake who, despite being a bit of thug, always had a heart of gold. In their younger years, the duo was quite toxic together, and Jake tended to flip flop between Vicky and her twin Marley. The two eventually did have a solid relationship close to when AW was cancelled. They married and were expecting twin girls. Alas, the two characters ended up in Oakdale (As the World Turns) after AW went off the air, and Vicky tragically died in an airplane accident.

So yes, Jake did really love those Hudson twins during his AW stint. As mentioned, he grew up with Vicky, but when he hit Bay City, his eyes wandered to the then-sweet twin, Marley. That typical cheesy ‘80s soap opera romance story hit between these two: innocent, girl-next-door meets rugged bad boy from the wrong side of town. In the early years, they had a tremendous love story, which included her mom Donna Love and her jealous sister Vicky not wanting them to be together. Alas, Jake did end up with Vicky in the end. As they say, friends make better couples.

What a crazy relationship these two individuals had. To know the history of where they came from to where they ended up is simply mind-blowing. Carl was AW’s biggest villain, an eccentric man who simply hated Mac Cory and his entire family and continually seeked revenge on them. Carl blamed Mac for the death of his father and as the years went by their feud turned into a vicious cycle. However, Carl eventually did change and that was mostly thanks to Rachel. While her family disapproved of the relationship, they did end up softening up to Carl in the end. While enemies at one point in time, these two shared a lot of passion, romance, chemistry and love.

As the matriarch and patriarch of the Cory dynasty, these two held the family together and their love made Bay City go around. While Rachel was dubbed a troublemaker when she first entered the little town, Mac eventually helped to turn her into the heroine of the show and tamed her down. Their relationship was all sunshine and rainbows in the beginning. As it progressed, they did have their ups and downs. In fact, the two were married three times over the duration of the show thanks to affairs and misunderstandings. Undoubtedly the love of her life, Rachel was devastated in the late ‘80s when Mac passed away, suffering a heart attack. Still, their love and his legacy lived on all the way up until the show was cancelled almost a decade later in 1999.