10 Things You Didn’t Know About The ‘Teen Mom’ Series 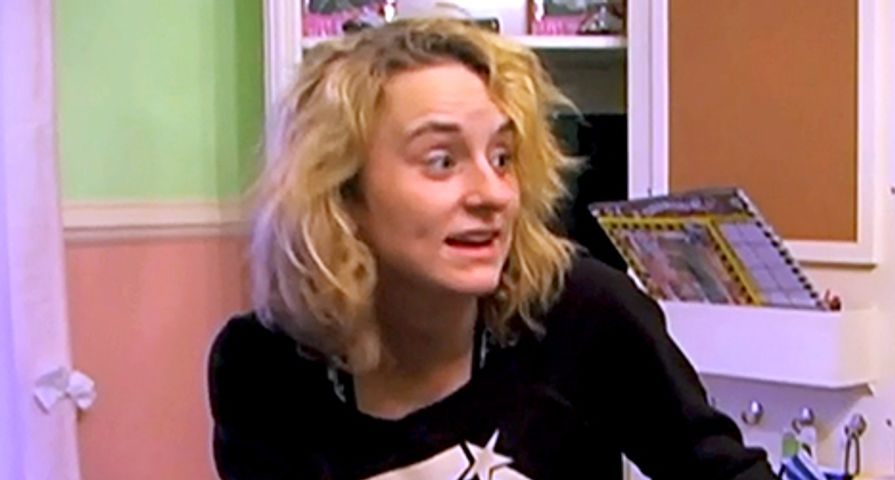 The young teen moms first made their MTV debut on 16 and Pregnant and then were cast in their own show called Teen Mom. It began in 2009 and was on air until 2012, but was then brought back in 2015. It also inspired the spin offs: Teen Mom 2 and Teen Mom 3.  The show highlights the struggles of teen mothers as they try to finish school, create stable relationships with their boyfriends, provide for their new family and deal with parents and co-parenting with their partners, all the while raising their children. MTV gets a lot of heat for glamorizing teen pregnancy and taking advantage of girls in challenging economic situations. As a result of this show, here are 10 things that the stars of Teen Mom can’t hide.

Catelynn Lowell of the original Teen Mom show and her now husband Tyler Baltierra made their claim to fame on the show for making the responsible decision to put their child up for adoption, despite Catelynn’s mother’s obvious disapproval. The couple shared this private venture openly on reality TV along with the hardship of giving up a child to finish school. They now speak publicly about their struggle dealing with the adoption process and have co-wrote a book called Conquering Chaos.

Many couples have come and gone throughout each season and series of Teen Mom. Most call it quits in the end, but, in the season six trailer, it looks like Kailyn Lowry and Javi Marroquin’s happy marriage is on the rocks. The clip shows Lowry on her last day of vacation and being bombarded with texts from Marroquin claiming she is a bad mom. He claims she hangs out with her friends too much and doesn’t enjoy spending time with him, while she accuses him of being needy and wanting constant attention. Looks like therapy isn’t working for this so-called happy couple. Despite airing their dirty laundry on television, the two have since then reassured fans through social media that their marriage is still intact and better than ever.

There have been countless episodes where some of the young mothers have portrayed a skewed sense of priorities, especially considering their great responsibility at such a young and immature age, but none have showcased this more than Jenelle Evans. Currently, Jenelle Evans does not have custody of her son Jace. When asked in a July interview when she would be getting her son back, she replied “I’m so busy with school and my externship…I know Jace is important right now, but, you know, my graduation is coming up in July.”

We all remember  the infamous fight between Amber Portwood and Gary from the original Teen Mom show when she gave him a swift punch to the side of the head, and luckily it was all caught on camera. But, more recently, while filming Teen Mom 2, Leah Messer and her ex-husband’s (Corey Simms) current wife Miranda Simms got into a spat over the custody battle involving Messer and Simms’ twins. According to an insider, “Everyone on set was stunned. No one expected Miranda to go off like that because she’s usually quiet. Leah couldn’t really even deny that she bashes Corey in front of the kids, because it’s true. Leah couldn’t really deny anything Miranda was saying.”

6. Getting Cuffed and Thrown Behind Bars

Teen Mom star Jenelle Evans is well known to fans for breaking the rules and the law. As of 2013, Evans has been arrested six times and she’s only 22. The first time she was handcuffed was in 2010 was when she and her boyfriend Kieffer Delp were discovered in a vacant house with drugs. In 2013, she was taken in for disturbing the peace when she got into a tiff with her then boyfriend Nathan Griffith. Amber Portwood couldn’t hide from the spotlight on her arrest in 2010 after physically assaulting her then boyfriend Gary Shirley on camera while filming for the show.

5. Getting Pregnant, Once Again

Jenelle Evans first appeared on Teen Mom when she was pregnant with her first child Jace, who was fathered by Andrew Lewis. She split with Lewis in 2009, and married Courtland Rogers in 2012. She aborted both pregnancies that she had with him. She then had her second child, Kaiser Orion Griffith in 2014, with Nathan Griffith. In fact, most of the mothers featured on Teen Mom have gotten pregnant again. Maci Bookout had her second child with boyfriend Taylor McKinney. Their daughters name is Jayde Carter McKinney.

Source: All the Teen Moms
Everything To Expect From Teen Mom OG Season 7B

Farrah Abraham is mother of Sophia Laurent Abraham, who is now six years old. Two years ago, Abraham was arrested for drunk driving in Nebraska. In court, she pleaded guilty and paid a $500 fine and served six months on probation.

Two of the Teen Mom stars have made appearances in the adult film industry. Farrah Abraham was infamously featured in Farrah Superstar: Backdoor Teen Mom and its sequel Farrah 2: Backdoor and More. She has also recently launched her sexy toy line. Mackenzie McKee also made a sex tape with Vivid Entertainment, but doesn’t want it released. Jenelle Evans was recently also approached to do her own film, but she refused.

Farrah Abraham is well known not only for her sex tape scandal, but also her numerous plastic surgeries and recent lip injections gone wrong. She has had three procedures done since coming on the show. She’s had two breast implants, one chin implant and constructive surgery on her nose. She’s also received lip injections. She was featured on E!’s Botched show to fix complications from an attempted lip implant. Jenelle Evans and Maci Bookout have also had breast-enlargement surgery.

1. Drug Use and Abuse

As mentioned earlier, Jenelle Evans was arrested for drug use in 2010 and battled a drug addiction to heroin and marijuana throughout earlier seasons of the show. She has been filmed using these drugs and checked herself into rehab while filming the show. Amber Portwood has also admitted to abusing prescription drugs prior to being arrested in 2010. More recently, Leah Messer has been battling her own journey with prescription drug abuse as she admits herself into rehab (she claims is an intense therapy treatment facility) during season six of Teen Mom 2, which is currently on air. She has been seen in multiple episodes nodding off mid conversation with the children in her care. The show is currently airing her battle with ex-husband Cory Simms (and now estranged husband Jermey Calvart) as they fight over custody of their shared twin girls.