Home » Entertainment » Movies » Things You Might Not Know About Crossroads 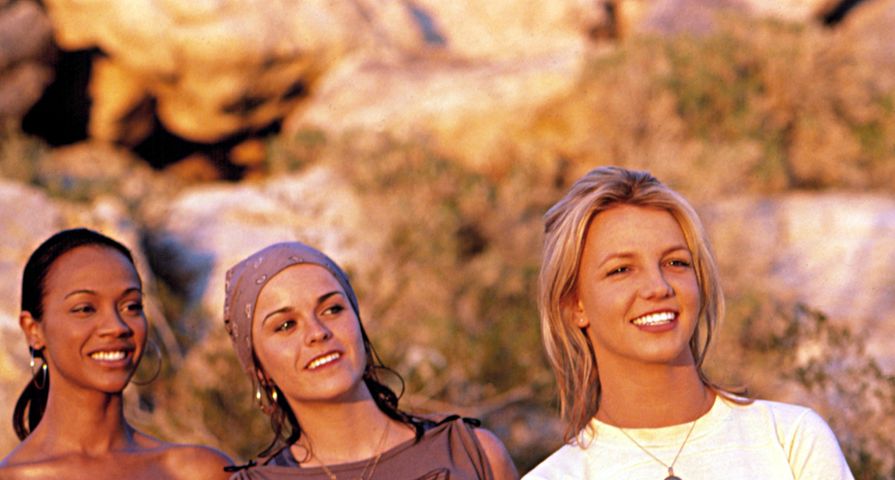 The movie Crossroads – which starred Britney Spears, Zoe Saldana and Taryn Manning – was released in 2002. The story followed Lucy (played by Spears) and her two friends as they reunited for a cross-country road trip after having grown apart. Even though it received mostly negative reviews from critics, it became a box office success, grossing $61.1 million on a $10 million budget. Here’s a roundup of things you likely didn’t know about the beloved movie:

Britney Spears created the concept for the movie and Grey’s Anatomy creator Shonda Rhimes, who was then an unknown screenwriter, developed it. According to Spears, she received a lot of offers for different films at the time, but there was something different about Crossroads because she could connect with it. “I really loved the whole moral of Crossroads. I was really inspired by the script, and by the friendship that the girls had, and just knowing that they all had their differences but at the end of the day they had each other,” she said.

8. The Next Will Smith

Ann Carli, who had just left Jive Records where Britney Spears was signed, produced the film. After seeing Spears on Saturday Night Live, Carli thought the pop star had the potential to have an acting career like Will Smith, who she had worked with early on in his career. “I’d seen [Britney] on Saturday Night Live and I thought that she had something. I don’t think all music stars can necessarily cross over, but I’d worked with Will Smith at the beginning of his career, and I thought then he’s going to be a big star. And I had the same kind of feeling about Britney,” Carli told The Guardian.

Anson Mount – who plays Ben in the film – was working on City by the Sea with Robert De Niro when he received the script for Crossroads. Initially, he wasn’t sure that he wanted to do it, but De Niro convinced him. “I was reading it between takes, and Bob came up to me and goes ‘What are you doing?’ and so I said ‘errr it’s this movie and Britney Spears is doing it, I’m not even sure if I’m going to do it, I’m just reading it…’ and he goes ‘Why not? She’s great.’ So I showed him the script, and he read Britney’s lines to my Ben,” Mount told The Guardian.

6. What Friends Are For

According to the Louisiana Film and Video Commission, Crossroads was titled What Friends Are For when they began filming, but by the time that it was released, the title had been changed.

Throughout the film, the characters drank Pepsi and not Coca-Cola because, at the time, Britney Spears had a Pepsi sponsorship deal. She also had an endorsement deal with Herbal Essences shampoo, so that was also shown in the film.

On set, Britney Spears had a few simple requests – tuna Lunchables and edamame. She also asked production to pick her up 30 minutes early so that she could go to Starbucks. Although they offered to pick her coffee up for her and bring it to set, she declined. “She said, ‘I don’t mind. I actually like going in and getting to decide,” producer Ann Carli said.

3. A Different Side of Britney Spears

With the movie, Shonda Rhimes wanted to show a different side of Britney Spears. “I was much more interested in the young woman that I met than the image that people had of her. She was a person, and I don’t think anyone at the time was looking at her – because it’s such a misogynistic society – as a person,” Rhimes said. “The idea that we could portray her as a three-dimensional young woman was interesting to me. To have mean-girled her and turned her into a caricature would have been a mistake.”

2. Justin Timberlake Was a Fixture On Set

During filming, Britney Spears’ boyfriend Justin Timberlake was a constant fixture on set and the two were more in love than ever. “It was just the most beautiful relationship, seeing the two of them together and how love-y they were,” director Tamra Davis said. “They were just so close, and she was such a supporter of his. He worked just as hard as her. It was like, she would be doing rehearsals and he would be doing rehearsals. They really knew that life together.” According to Davis, the pop star would doodle about Timberlake. “All she was writing was ‘Britney and Justin,’ all these little curlicues. It was like looking at a teenage girl’s musings – hearts and butterflies and Justin’s name,” Davis said.

Before Britney Spears was attached to Crossroads, she was in talks to star in a musical adaptation of Lewis Carroll’s Alice’s Adventures in Wonderland. She was going to play a young singer named Alice, who walks through a modern metropolis only to get hit by a Volkswagen Rabbit, which is when the chaos ensues. Screenwriter Sarah Thorpe revealed back in 1999 that she wanted Ricky Martin to play the Mad Hatter.