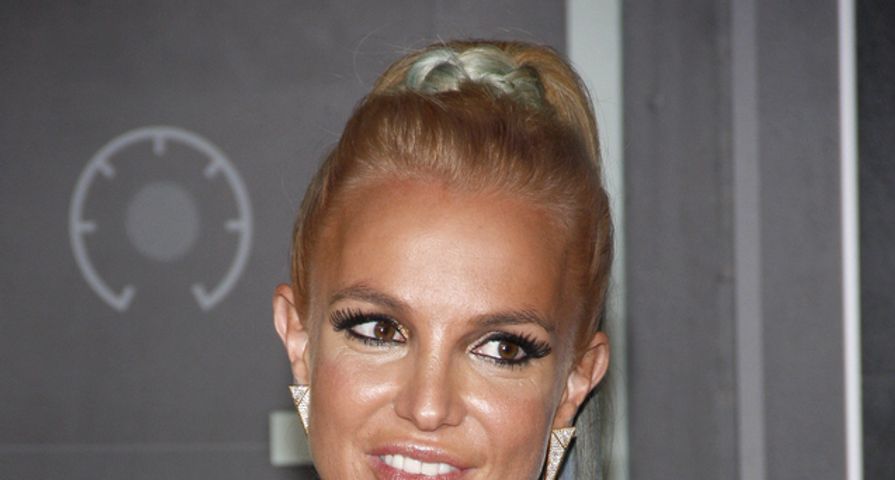 Why is everyone so mean to Britney Spears? The 33-year-old has made some mistakes (remember her 55-hour marriage to Jason Alexander?) and has had a mental breakdown, but she never bashes other artists the way they do her. Here are six times that she took the high road when other music artists publicly dissed her:

In late June of 2015, Iggy Azalea used a Twitter Q&A to blame Britney for their duet “Pretty Girls” being a flop. When a fan asked about it, Iggy responded, “its difficult to send a song up the charts without additional promo and tv performances etc. unfortunately im just featured…” When Britney’s fans freaked out that she was blaming Britney’s failure to promote the song, Iggy claimed she was not dissing Britney, and that she can be critical even as a friend: “my comment is factual, it applies to any song. I dont have to suck the womans a–hole 24/7 to be her friend, do i? bye girls,” she said. Classy, huh? A few days later, Iggy did a bit of clarifying: “i wish we had promoted more but thats out of my control. shes a good friend,” she wrote on Twitter. “Genuine friends have genuine opinions. Its possible & healthy to have a differing thought without it being b-tchy or shade.” (She has a point — but it still feels like she blames Britney for the song’s failure and takes no responsibility herself.) Britney refused to join in the war; she tweeted: “Can’t wait to get back to Vegas. So thankful I have shows for the rest of the year to look forward to… #YouWantAPieceOfMe.” Many people thought she was dissing Iggy, but you can’t claim that for sure.

In 2013, Justin Timberlake ruffled feathers when he appeared at the SuperBowl DirecTV Party and called Britney a “b-tch.” Before playing “Cry Me a River,” he explained the meaning behind the song: “Sometimes in life, you think you found the one,” he said. “But then one day you find out, that she is just some b-tch!” He was referring to Britney, since he wrote the song about their breakup. When Britney’s fans got upset, Justin clarified his comments on Twitter: “Ok. I see you. Wouldn’t disrespect ANYONE personally. Ever. #Relax #ItsBritneyB-tch I do love that saying though*with accent* #Respect.” Rumor has it that the song is about how Britney cheated on Justin with choreographer Wade Robson, so maybe Justin does have a point? At least he got a Grammy for the song! Britney refused to get involved in the conversation; that day, her only tweets were about her dog.

Back when Britney and Christina Aguilera were the reigning teen pop queens, the media always tried to play them as enemies — but were they? Over the years, Christina has said some supportive, nice things about Britney — but then she’d turn around and say something mean and petty. In 2011, Christina tweeted public support of Britney’s new album, writing “Hey @BritneySpears Congrats on Femme Fatale release! Can’t wait to see what you bring in the next video. xo.” But then in 2004, when Britney was with Kevin Federline, Christina told Us Weekly, “I know Britney. She’s not trailer trash, but she sure acts that way.” And then when Christina found out that Britney had bought her own engagement ring, she said, “I can’t believe that girl bought her own engagement ring! I’ve seen it, up close. It looks like she got it on QVC.” Damn, girl! What’s your deal? She also told Blender magazine in 2003, “”She seems to me like a lost little girl, someone who desperately needs guidance.” Christina certainly has a lot of opinions about someone she barely sees. Britney explained to Blender in 2004, “She comes up to me in a club in front of all these people and tries to put her tongue down my throat!” Spears claimed. “I say, ‘It’s good to see you,’ and she goes, ‘Well, you’re not being real with me.’ I was like, ‘Well, Christina, what’s your definition of real? Going up to girls and kissing them after you haven’t seen them for two years?'”

In 2013, singer Eve slammed Britney when she appeared on Bravo’s Watch What Happens Live. Telling host Andy Cohen about Britney’s single “Scream & Shout,” Eve said, “I heard that might not be Britney. That’s what I heard, but you know, I don’t know … it could be Britney. But I heard it wasn’t.” When TMZ asked Eve about the comments, she refused to backtrack. Jeff Raymond, Britney’s rep, told TMZ: “it’s absolute BS. Britney sang the song. Will.i.am wanted her for the song and she sang on it.” A source from the recording studio also spoke out in defense of Britney: “Was Eve even in studio? Didn’t know. She’s clearly jealous. I didn’t even know she still sings.” But Britney herself avoided getting into the debate. You can say a lot about Britney, but come on — she obviously is the one singing on her own albums.

2. Lip-Syncing and the Australian Press

Back in 2009, music critics in Australia called Britney’s tour “boring” and “stiff,” and some fans even walked out of shows after paying $200-$1500 for a ticket. “Britney is aware of all this and she’s extremely upset about it,” Britney’s tour promoter Paul Dainty told The Australian, adding that the walkouts never happened and were incorrectly reported. “She’s a human being. I’m embarrassed, with such a big international entourage here with Britney, to be part of the Australian media when I see that kind of totally inaccurate reporting.” Her manager also commented through Brit’s Twitter account: “Its unfortunate that one journalist in Perth didn’t enjoy the show last night. Fortunately the other 18,272 fans in attendance did.” Another point of contention was that Britney was lip-syncing at the show, but many in the music industry felt that this should have been common knowledge. Even John Mayer tweeted about it: “If you’re shocked that Britney was lip-syncing at her concert and want your money back, life may continue to be hard for you.”

In 2013, Britney was one of the judges on music competition show X-Factor — but her fellow judges and hosts weren’t all fans of the pop star. Appearing on the daytime talk show The Real, Adrienne Bailon dished, “I’ve had to work with her on X Factor. I would sit and do my interview with Demi [Lovato], I would do the behind-the-scenes stuff. [Britney] can’t hold a conversation! Like, they have someone that feeds her what she’s supposed to say. She can’t hold a conversation.” The show’s hosts were sympathetic toward Britney’s situation: “Behind the scenes, she’s trying to get it together,” Tamera Mowry-Housley said. “And we have to respect that.” But why was Adrienne being so catty? Britney never said anything bad about her.