9 Of Hollywood’s Most Devoted Husbands 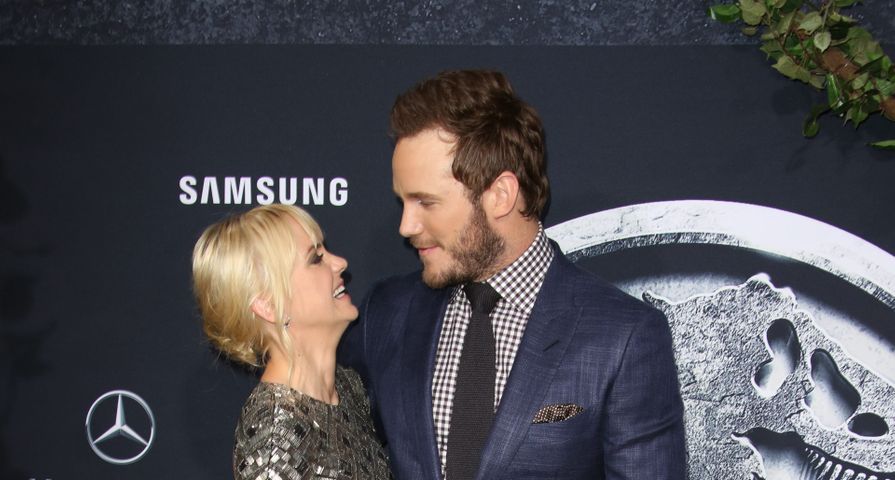 In Hollywood, couples are always hooking up and then splitting up. Very few celebrity couples actually stay together long-term. Even though the odds are usually against them, there are some celebrity couples that are in it for the long haul, partly because the husbands are just so devoted to their lovely wives. It’s really nice to see these men and their super committed attitudes towards their better halves – it actually gives us some hope! Without further ado, here are 9 of Hollywood’s most devoted husbands. They still love their wives after all these years and we don’t see that ever changing!

When it comes to discussing his first wife Jennifer Aniston, Brad Pitt doesn’t have especially warm memories; however, when it comes to his second wife Angelina Jolie, he feels nothing but love.

“I put much more emphasis on being a satisfied man. I’m satisfied with making true choices and finding the woman I love, Angie, and building a family that I love so much. A family is a risky venture, because the greater the love, the greater the loss. …That’s the trade-off. But I’ll take it all,” he told Parade. “One of the greatest, smartest things I ever did was give my kids Angie as their mom. She is such a great mom. Oh, man, I’m so happy to have her.” Poor Aniston – that has gotta sting!

Joel Madden has a lot of respect for his wife, Nicole Richie. In fact, he hopes that his daughter takes after her.

“My daughter – I hope she’s like her mom because her mom is one of the strongest women I’ve ever met. You cannot f–k with her. You can’t f–k with Nicole, even if you think you are f–king with her. I’ve never met anyone on her level. She’s just on a whole other level. I just hope that Harlow is like that,” he told OK magazine. We always knew that Madden was pretty crazy about Richie!

One of the reasons that Matthew McConaughey considers himself lucky is because of his lovely wife, Camilla Alves.

“Now I get to wake up next to someone who I know loves me the way she does – my wife – who gave birth to our three beautiful, healthy children,” he told Haute Living. “I get to live in a nice place, and I have things to look forward to every day – work, play, and sometimes nothing at all.” It looks like McConaughey isn’t the only lucky one – his wife is pretty lucky to have him too!

“I wouldn’t be alive today if it weren’t for Tracy, I don’t doubt that. People picture Tracy as this paragon of stoicism, this long-suffering wife, and that’s all bullshit. This is my situation and she deals with it, and I never feel like, ‘I’m sorry you have to put up with this’ – it’s nothing like that. When I told her about the Parkinson’s I said to her, ‘Are you in for this?’ and she said, ‘I’m in for it.’ And that was it. It was still a struggle but that was a really great moment. She is so funny and she puts up with my happy idiot persona,” he told The Guardian.

Hugh Jackman considers himself “one of the lucky ones.” According to him, his wife can do it all!

“She’s the greatest. I’m one of the lucky ones. She’s very wise, a great actress, and a great wife and mother. Did you see her host “The View?” She does it all. I’m really proud of her,” he told YourTango. It sounds like Jackman has a pretty awesome wife!

Kanye West has always loved Kim Kardashian. “I loved her from the first day I saw her, which I said on ‘Bound,’” he told Hot 97. “I remember seeing pictures of her and Paris Hilton in Australia, and I came to Don C., and I was like, ‘Man, have you ever seen Kim Kardashian? What’s up with Kim Kardashian?’” He also said that he was 100 percent sure that she was the one, but he had to work for it – for many years! It looks like his efforts have paid off though.

When he lost millions in Bernie Madoff’s ponzi scheme, Kevin Bacon wasn’t as distraught as one might expect because he still had his wife and his family. “We knew we were going to have each other and our kids were OK,” Bacon told the Washington Post. “[Our kids] were through school, almost. We both felt like we would work.” And work they did! These two certainly don’t have to worry about money anymore.

According to Channing Tatum, his wife Jenna Dewan-Tatum means the world to him. “She keeps us all sane,” he told Us Weekly. “Jenna, she puts everything in perspective for me always. I’ll find myself spinning out or angry or whatever or even happy and she always somehow ends up somehow riding the ship in some very interesting way.” It sounds like Tatum is a very lucky man!

Chris Pratt is crazy about his wife, Anna Faris. When a Reddit user asked him about what drew him and Faris together, he gave a pretty sweet response.

“Anna and I are meant to be together. Our relationship has made me believe in divine intervention and destiny, just as much as my crazy career and the way I fell into this life. She and I grew up 20 minutes away from each other but never met until we met in LA,” he said. “We both got our start in horror spoofs. We both did an animated movie for Phil Lord and Chris Miller. We both made our careers playing guileless nitwits for laughs. We both have parents that have suffered with MS. The similarities go on and on. Anna is a great wife. Very patient and understanding. Very supportive. So kind and genuine always. And she gave me a wonderful son and family of in-laws that I truly love.” Awww!