9 Nobodies Who Became Famous After Dating A Celeb 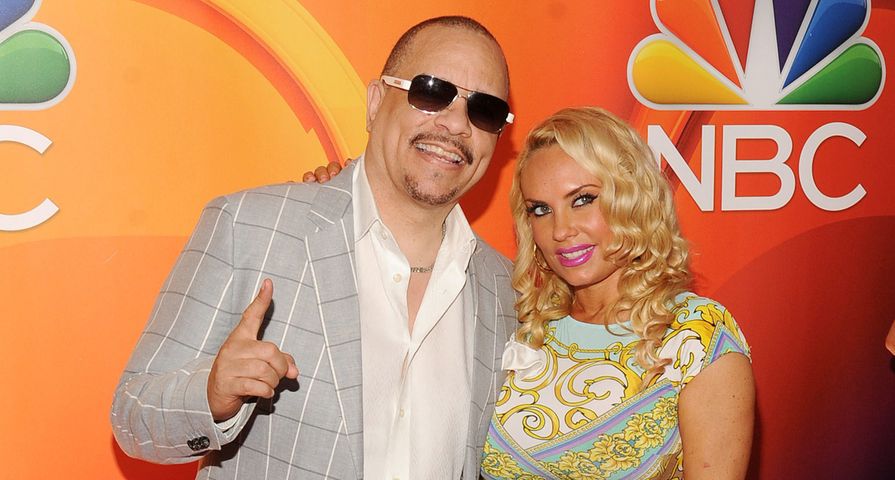 It’s the ultimate Cinderella story when a nobody gets discovered by a somebody and life is forever changed. Dating or marrying a celebrity comes with its own set of challenges, in addition to the rewards. There’s also a lack of privacy, media scrutiny and the shallow Hollywood lifestyle means there’s beautiful women everywhere! Then there’s the perks: the parties, money, friends, and an entirely new social realm. Dating a celebrity doesn’t always mean fame for yourself either, many just wind up being “arm candy,” while others take the platform they’ve been given and make a career for themselves. With the connections they have been brought into — networking is everything, and the possibilities are endless. Here’s nine smart nobodies, who shot to fame themselves after being swept off their feet by a celebrity. Find out how they found their fame, beyond being a trophy.

Jillian Fink thought it was a joke when she saw heart-throb Patrick Dempsey in her appointment book for a haircut one day. As luck would have it for Jillian, it wasn’t a joke, but rather the real Patrick Dempsey indeed. After several years of haircuts, the two began dating. They were married in 1999 and share 3 children together. Jillian took her salon talents and made a career in makeup artistry seen on many red carpets, as well as her own cosmetic line. Her now-hubby may have had a hand in things, as his own boost in celebrity status when he was cast as Dr. McDreamy on Grey’s Anatomy sent everyone googling about his personal life, bringing Jillian more and more into the limelight. The two split, and later reconciled earlier this year.

Jackie Sandler (nee Jackie Titone) was a model and casual actress when Rob Schneider helped her get a boost in her career in his film Deuce Bigelow – Male Gigolo. This led to her meeting future husband Adam Sandler, who then gave her a role in Big Daddy. Long story short, they fell in love, got married, had babies. Now, Jackie does exactly what Rob Schneider does — co-stars in all Adam’s movies.

In 2010, Blac Chyna began her career as an urban model and became a regular in hip hop videos. During this time, Blac Chyna met rapper Tyga. Their relationship began while shooting Tyga’s video for “Rack City.” Fast tracking their relationship, Blac Chyna became pregnant with Tyga’s son and an engagement followed. However, the two split in 2014. In 2015, she followed in her ex Tyga’s footsteps and scooped up another big name — a Kardashian (although technically Tyga dated a Jenner, but aren’t the Jenners and Kardashians all kind of one in the same?). Robert Kardashian Jr. and Blac Chyna are household names now and expecting their own child now and a reality show.

Small time actress and model Amber Rose was in a music video for Ludicrous when none other than Kanye West spotted her and took quite a liking. The two dated for two years from 2008-2010 and with her signature haircut (or lack of one) and noteworthy style — her photo was everywhere. After the two split, Amber began dating Wiz Khalifa in 2011. The two married in 2012 and welcomed a son, Sebastian in 2013. By 2014 the couple split, citing irreconcilable differences. Not a problem for Amber because in May 2016 it was announced she would have her own talk show, The Amber Rose Show.

Jessica Seinfeld first met Jerry Seinfeld when she was engaged to Eric Nederlander. After the wedding, just after the newlyweds returned home from her honeymoon, she couldn’t fight fate and took up with Jerry. She divorced her new husband just months after their wedding and got engaged to Jerry just a month later. Jessica made her own celebrity status when she began writing cookbooks inspired by cooking for her and Jerry’s children. The book called Deceptively Delicious was a massive hit followed by two more cookbooks and a website to top it all off.

Jenny Mollen was a very small time actress, but even with a few connections, she ended up on a blind date with American Pie actor, Jason Biggs. She hadn’t seen the movies and maybe that was to his benefit. Regardless, the two hit it off big time. He loved her brutal honesty and hilarious wild ways. In 2008, Jenny suffered a miscarriage. Where tragic events can often tear apart relationships, for Jenny and Jason, it bonded them for life. They eloped a month later. Jenny really began to grow in celebrity status after their marriage because of her storytelling abilities. After writing an essay about her birthday present to Jason one year (a hooker!) she captured readers with her humorous take on life and love and, again, that brutal honesty. She landed a regular columnist gig for Playboy and later released a New York Times Bestseller book, I Like You Just The Way I Am. Don’t expect to see her go anywhere but up. Jenny and Jason are dominating the comedic couple category these days.

Coco Austin was a playboy model and small time R-rated film actress when she met now-husband Ice T on a music video set. Despite the 21-year age gap, the two married in 2002. Since then, Coco has appeared in  Hip-Hop Wives then rose to greater fame with the reality show Ice Loves Coco which ran for three seasons and gave an insight to a marriage most just scratched their heads at. Coco also has her own clothing line, Licious Clothing, which she was in the makes of launching during her time on the reality show (hey, free advertising!). The two have now welcomed a daughter, Chanel, and are in talks for yet another reality show, this time under Ryan Seacrest’s production company.

What started as an invitation to be a body painted model at Hugh Hefner’s 78th birthday party turned into a much bigger invitation — to be his girlfriend. Kendra was just 18 at the time and in a relationship. Hefner was the first celebrity she had ever met, and the first time she did she was nude. After a whirlwind night at his birthday bash, she accepted Hugh’s offer to be her girlfriend, dumped the boyfriend and moved into the Playboy Mansion. A year later, she was starring in the hit reality show The Girls Next Door and then did her own spinoff reality shows, Kendra, and Kendra On Top, which outlined her life after Hugh Hefner and into her now marriage and children with husband Hank Baskett.

Last but most certainly not least, Kate Middleton. Kate met Prince William in 2001, while they were both students in residence at St Salvator’s Hall at the University of St Andrews. Two years later in 2003 they began dating. Kate was never seeking fame and legally took action to paparazzi photos for years. In 2007, the couple split, but (spoiler alert!) later reconciled. In 2010, the couple got engaged while in Kenya visiting a wildlife conservatory and, in 2011, with the entire world watching, Kate married Prince William and became Catherine, Duchess of Cambridge. She’s now the mother to the royal heir, Prince George and his little sister Princess Charlotte.