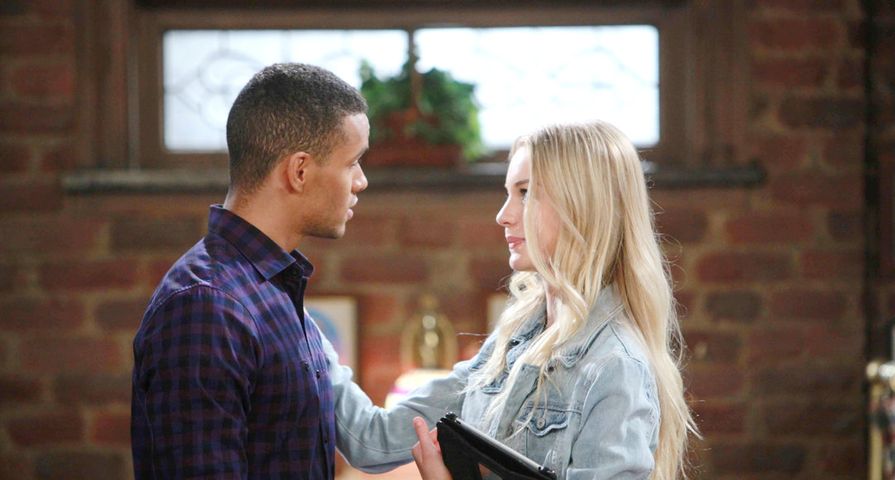 Every soap opera fan has their favorite couple on their favorite show. Alternatively, daytime drama audiences also seem to have a couple that gets on their very last nerve. Whether is because the two are villains, not meant to be, or you’d like to one of the characters with someone else – every soap viewer has a couple they despise. Below are nine of the most-hated soap opera couples in 2017.

There was no one in or outside of Salem that enjoyed seeing these two together. When Nicole lost Baby Holly because of her relationship with Deimos, many Days of Our Lives (DOOL) fans wanted to shout at their television set this year (and many did!) Thankfully, Nicole did see the light and she left Kiriakis, but she also sacrificed some precious time with her infant daughter in the process.

Julexis fans might disagree with this one, but the truth is, General Hospital’s (GH) Julian has hurt Alexis tremendously over this year and really doesn’t deserve the grace that she is currently giving him. They waddled on couple status in 2017, but here’s hoping that Alexis can harden her heart towards him in 2018. He’s been nothing but trouble for her.

Speaking of trouble, The Young and the Restless’ (Y&R) Kevin and Chloe did make a great couple at one point in time. Sadly, Chloe’s lies, scheming, and mental health issues have caused Kevin a lot of grief in 2017. It’s clear, he loves her unconditionally, but Kevin really does deserve someone who will treat him right. He also deserves a drama-free relationship.

While his wife was thought to be dead, Gabi and Chad developed some pretty big feelings for each other. While Chad struggled with who he wanted to truly be with once Abigail returned from the dead, he and Hernandez did take a stab at coupledom. In the end, Chad chose Abby, which was probably the best thing in the long run. He and Gabi made a terrible couple.

Young love can often be endearing, but these two are a tad on the annoying side. Moreover, the idea that their parents are so actively involved in their relationship takes away from any teenage romance. Plus, it’s got to be a hard life when your step-dad is a mobster and your bodyguard is privy to any bit of affection you get from your boyfriend. Totally awkward, for Josslyn, Oscar, and Max.

Billy and Phyllis, affectionately known as Philly by some Y&R fans, have a ton of chemistry together and there’s no denying that. However, the fact that their relationship not only tore a marriage apart, but a family too, still leaves a bad taste in many people’s mouths. They are not only one of the most-hated couples in daytime drama, but in Genoa City too.

This couple lands on the most-hated list simply because Nina keeps falling for Valentin’s lies and runs back to him despite all that he has done. Is Nina more in love with the idea of having a family than accepting the reality that Valentin’s is no good for her? She certainly does love Charlotte and it seems that the little girl has as much of hold on her as Cassadine does.

Not sure what was more annoying about this couple in 2017 — the fact that Claire was a manipulative brat or that Theo was simply oblivious to her nasty side? Regardless, these two annoyed most DOOL fans to the point of no return. Theo deserves someone a lot better than Claire and the young blonde Brady needs to learn how to live the single life for a bit.

This year certainly didn’t mark their first romance and, sadly, Nikki and Jack have a toxic cycle when it comes to relationships. It always goes like this — they become lovers until Nikki ditches Jack for Victor, then they become friends. It doesn’t take long for Victor to betray Nikki, Nikki goes running back to Jack, and the unhealthy pattern continues. Unlike most adults who may have learned their lesson after the first decade or so, here are Jack and Nikki thirty years later hooking up again. No one approves of this romance because everyone knows exactly how it will end.