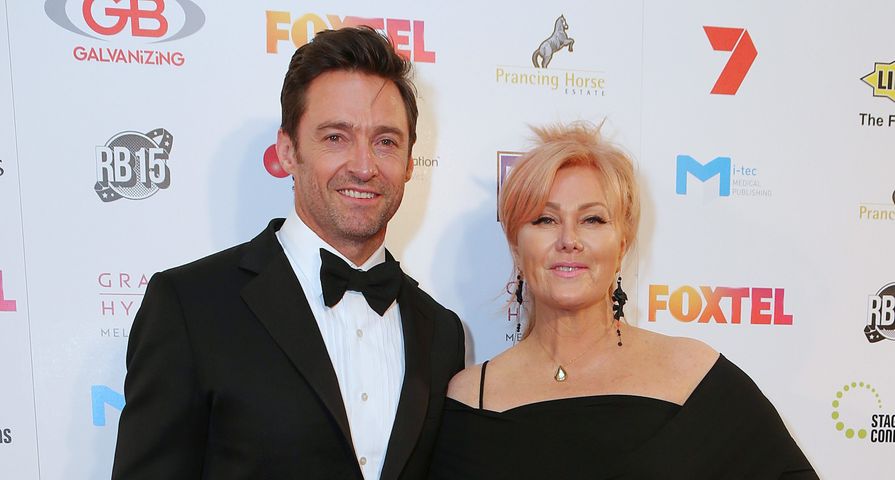 You always hear about the rich and successful older men that marry the young and beautiful women, but what about the male chaps who see an older age in their spouse as just a number? This list celebrates the many celebrities who have chosen the less cliché path of marrying older women.

Chris Hemsworth…what a babe! Too bad he’s taken! The Avengers star began dating Spanish actress Elsa Pataky in 2010 and married her before the year was up. He was 27 and she was 34. The couple have three children together, daughter India Rose, and twin sons Tristan and Sasha.

Being a professional basketball player can make it easy to ring in the ladies and this Miami Heat man is no exception, even if his wife is nine years older. Wade married beautiful actress, Gabrielle Union when he was 32 and she was 41 in 2014. Wade has three biological children from previous relationships and also takes care of his sister Deanna’s son. Sounds like these newlyweds have a full household!

Kroy Biermann amped up his celebrity status when he married Real Housewife Kim Zolciak in 2011. She is eight years his senior. The two appeared on The Real Housewives of Atlanta before filming Don’t Be Tardy, a show which focused on the planning of their wedding. The couple has four children together, Kroy Jr., Kash, and twins Kane and Kaia.

Director Guy Ritchie was 32 when he married Madonna, 42. Forget the 10 year age gap, it’s Madonna we’re talking about! The couple married in 2000 and have a biological son together, Rocco John Ritchie (born in August 2000), and they also adopted a Malawian baby boy, David, in 2006. In October 2008 the couple confirmed their split and agreed to share custody of the children between Ritchie’s London home and Madonna’s New York residence. Ritchie made out pretty well in the divorce as he was granted between £50-60 million.

Director Bart Freundlich married his leading lady, Julianne Moore, when he was 26 and she was 35. Moore has starred in all of Freundlich’s films with the exception of Catch That Kid and The Rebound. The couple have been together since 1996 when they worked on The Myth of Fingerprints together. They have two children, Caleb and Liv Helen. Moore likes to keep her family close while working on films and says that she picks material that is practical for her as a parent. She stated, “We have a very solid family life, and it is the most satisfying thing I have ever done.”

Billionaire business mogul Wissam Al Mana married pop diva Janet Jackson in 2012 in a quiet ceremony when he was 37 and she was 46. The Middle Eastern “family business” (or empire) is run by Al Mana and his two brothers. They represent luxury brands such as Hermes, Roberto Cavalli, and Giorgio Armani. He even has stakes in Saks Fifth Avenue stores in Dubai, Bahrain, and Kuwait. While Al Mana may have come to fame as Janet Jackson’s husband, he was definitely what you’d call an eligible bachelor. He has a romantic side too! While dating Jackson, he said, “I think a man’s dream woman changes as he goes through different stages in his life. I’m fortunate to be dating my dream woman now.” Aww!

Best known for his role as host of America’s Got Talent, this multi-talented rapper, actor, comedian, producer, married Mariah Carey in 2008 at her private estate on Widermere Island in the Bahamas. Nick was only 28, and Mariah was 40! The two have twins, a daughter, Monroe and a son, Moroccan Scott. Monroe is named after the late and great Marilyn Monroe and Moroccan comes from the style of room Cannon proposed to Carey in, and Scott is Nick’s grandmother’s maiden name and his middle name. The couple seemed to be in nuptial bliss, renewing their vows on their fifth wedding anniversary, in a fairy-tale “Fantasy” wedding at the Disneyland resort. In 2014, however, Cannon confirmed the couple had split a few months earlier. The divorce was finalized in April 2015.

This endearing couple met on the set of Austalian TV show Correlli in 1995. The pair started dating and Jackman popped the question with a personally designed engagement ring bearing the Sanskrit inscription, “Om paramar mainamar,” which means, “We dedicate our union to a greater source.” They married in 1996 when Jackman was 28 and Furness was 41. After a series of miscarriages, they adopted two children, son, Oscar Maximillian, and daughter, Ava Eliot.

Of course, topping our list is the woman who gained notoriety and Cougar Queen status, Demi Moore, who was 43 when she married Ashton Kutcher at the ripe old age of 27, in September 2005. She was no stranger to age differences, having previously married singer Freddy Moore, who was 12 years her senior.  Moore and Kutcher separated in 2011 after much media speculation. Pictures were leaked of Kutcher in overly friendly encounters with other women. The couple officially divorced in 2012, citing irreconcilable differences. Nonetheless, their relationship was one for the books, and it’s landed them in the top position on our list!