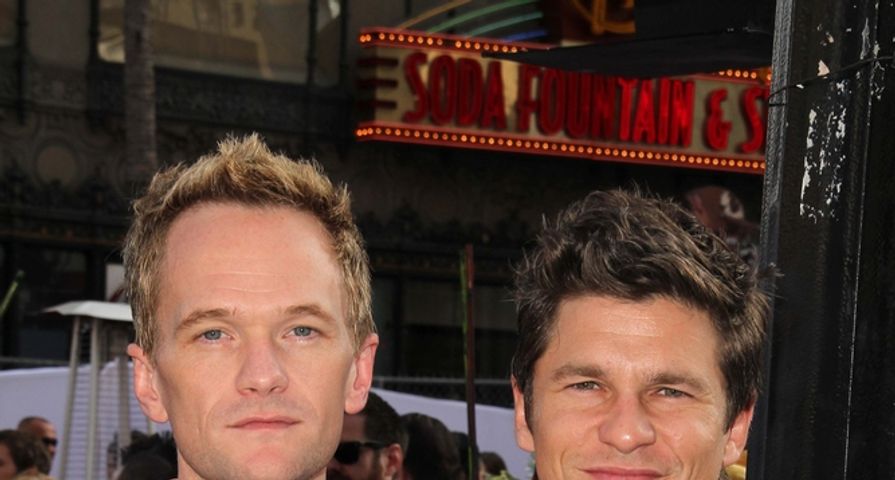 Since The Defense of Marriage Act and California’s Proposition 8 was finally struck down in June 2013, it seems as though many famous gay couples in Hollywood have decided to legalize their unions. This year alone, several gay celebrity couples have gotten engaged or walked down the aisle. Since more and more places are legalizing gay marriage, now seems like a good time to look around and see which famous gay couples have tied the knot. We expect this list to keep growing and growing- which is fantastic news!

Cynthia Nixon and Christine Marinoni had been dating for almost a decade before they decided to finally tie the knot in 2012. These two had been engaged since 2009; however, they decided to wait until it was legal in New York State for same sex couples to marry before they walked down the aisle.

Earlier this year, Melissa Etheridge and Linda Wallem were married. These two had already been together for three years before their big day and, much like other gay celebrities, they had decided that it was time to get engaged after the Supreme Court declared the Defense of Marriage Act unconstitutional back in June 2013.

Chely Wright only came out a few years ago. Shortly after she came out, she met Lauren Blitzer, an LGBT rights advocate, and the two were engaged less than a year later. In August 2011, these two lovebirds married in a private ceremony and, earlier this year, they announced that Wright was pregnant with twins. On May 18, she gave birth to two boys, George and Everett.

Ellen Degeneres and Portia de Rossi have been together for over a decade. They started dating in 2004, were engaged in 2008 and married that same year. Even though they have been married for over six years, these two recently had to combat a number of rumors about their marriage being in trouble. Let’s hope that they are just rumors – these two are one of our favorite couples in Hollywood!

Jesse Tyler Ferguson and Justin Mikita were married last summer after having been together for three years. Playwright and screenwriter Tony Kushner officiated the ceremony. The two lovebirds were initially planning to marry in New York State; however, after the Supreme Court ruled that California’s Proposition 8 was unconstitutional, they decided to marry there instead.

Notoriously private actress Jodie Foster got married this year to one of Ellen Degeneres ex girlfriends, Alexandra Hedison; however, she had only come out publicly last year when she accepted the Cecil B. DeMille Lifetime Achievement Award. “I did my coming out a thousand years ago back in the stone age, in those quaint days when a fragile young girl would open up to trusted friends and family,” she said. “Now I’m told every celebrity is expected [to share] the details of their private life with a reality show.”

Sara Gilbert and Linda Perry were married earlier this year. According to “The Talk” host, being married definitely feels different. “It definitely feels different, like I thought it might feel a little different, but it feels more different than you’d expect. You feel like you’re part of this institution and official and ‘I better not mess this up!’ You feel safer, in a way, like you’ve really committed,” Gilbert said. Gilbert recently announced that she and Perry are expecting their first child together.

A couple of years ago, Rosie O’Donnell and Michelle Rounds finally tied the knot. The two had been engaged for a year at that point; however, after O’Donnell had a heart attack and Rounds had been diagnosed with desmoid  tumors, a rare disease that only affects three out of every million people, these two decided to speed up their wedding plans. These two are currently happily married with one child, an adopted daughter together named Dakota.

Neil Patrick Harris and David Burtka recently got married after having been together for 10 years. Their fraternal twins, Harper and Gideon, took part in the celebration and Pam Fryman, the longtime director of “How I Met Your Mother,” officiated. Elton John also made an appearance at the wedding. He did a special performance at the reception. Like Cynthia Nixon and Christine Marinoni, Harris and Burtka were also waiting for New York to legalize gay marriage so that they could get married.