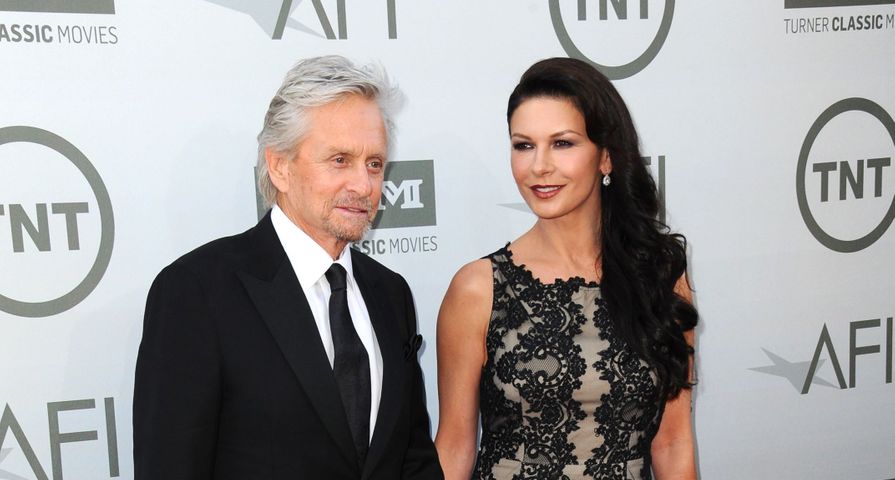 It might seem like celebrities can easily get a date by simply walking down a red carpet — but sometimes celebs have to be creative with their wooing. It can be hard to impress them! Here are 9 celebrity couples who met in bizarre ways. Maybe we should take their advice?

Technically, Justin Timberlake and Jessica Biel met through friends, which is the most classic way to find a mate. But there was a bit of old-fashioned formality involved: Justin asked a friend to call Jessica and ask her if it would be all right for him to call her and ask her out. Chivalry! Phone calls! “I did it the old fashioned way — by telephone. That’s something I learned from both my stepdad and my grandfather — that there is a thing called chivalry and it doesn’t have to die with the birth of the Internet,” Justin explained in an interview. “The way I see it, if you’re asking a girl out on a date, it’s only right to do it in a way that she can hear your voice. I had to be pretty persistent in order to get her to say yes. But I have a fair amount of tenacity and if I want something I stick to it. And in the end she agreed.” We’re impressed, Justin!

Did you ever think of finding a man with a Google search? It worked for Kate Moss! The British supermodel was at her friend’s house in 2007 when she started “Googling men.” Jamie, a singer and guitarist in the band The Kills, came up in her search results and Kate liked the look of him. Conveniently, Kate’s friend got in touch with him and he came right over to the house where Kate was staying in the South of France. Apparently, they spent four days together and Kate even managed to turn him from a strict vegan to a meat eater with a magical bacon sandwich. Their relationship hasn’t worked out, but we’re still impressed with Kate’s creativity and celebrity power. When you’re a supermodel, this is what “online dating” means!

Michael Caine also picked out his mate in a surprising way. The actor was watching TV when he saw a Maxwell House coffee commercial starting former Miss Guyana Shakira Baksh and was immediately attracted to her. As luck would have it, Michael was able to get introduced to Shakira through a mutual friend who worked in advertising. They got married two years later, in 1973. He’s worked with a lot of gorgeous actresses over the course of his career, but none as stunning as his wife: “I decided that I would never marry a woman who wasn’t as beautiful as the women I was working with. And I married a woman who, in actual fact, is more beautiful than most women I have worked with, so all the temptation was at home, not at work,” he said.

Want to woo a lady? Get her a job! After Ryan Gosling was cast in indie drama The Place Beyond the Pines, he asked the film’s director, Derek Cianfrance, if he would cast Eva Mendes to play his love interest in the movie. Ryan recounted to MovieFone that he said to Derek on the phone, “You should meet with Eva because she’s great, I think she’s got a lot to offer than maybe people haven’t seen, which would be great.” Little did he know that he’d fall in love with Eva on set — or maybe that was his plan of seduction all along! The pair has been together ever since, and now have a baby girl together named Esmeralda Amada.

Uma Thurman and Ethan Hawke are no longer together, so perhaps this isn’t the best dating advice. But Ethan met Uma in the most unusual of ways: he walked up to her when she was using an ATM! Apparently Uma didn’t go for his pick-up technique — she probably thought he was trying to sneak a peek at her pin number! However, the actors met once again on the set of Gattaca, after which they started dating. So maybe “meeting at work” is more effective than meeting at an ATM? At the same time, if you meet someone who’s getting money out of an ATM, you know they have at least $20 in their checking account.

Pop stars Rita Ora and Calvin Harris are no longer together, either — but we’re amused  by the way they met: by bashing each other on Twitter. Rita tweeted that she turned down the chance to work on a song produced by Calvin, and he was not thrilled to be insulted in public in front of all their followers. But somehow all of this name-calling turned into flirtation and the two began dating for a few months. Unfortunately, Rita heard that Calvin was flirting with Taylor Swift and they broke up, amid more Twitter insults. That’s the problem when you meet someone over Twitter: your breakup is going to play out on social media, too!

Michael Douglas met Catherine Zeta Jones on a red carpet premiere at a film festival, which seems like a classic way for celebrities to find a date. But what’s bizarre about this story is the pick up line Michael used on Catherine: apparently,  he walked up to her and said, “I want to father your children.” Somehow, this doesn’t seem surprising, given Michael’s weird intensity. The crazy part is that it actually worked, especially since Michael is 25 years older than Catherine. (Perhaps Michael was good at identifying another weirdo like himself?) But it took a while: on the red carpet, Catherine replied, “I’ve heard a lot about you. It’s nice to know it’s all true. Good night.” Michael later sent roses to apologize, and eventually got Catherine on his side. Michael and Catherine have been married since 2000 and have two children together, son Dylan and daughter Carys. They hit a rough patch and were living separately in May of 2013, but eventually worked things out and moved back in together.

NFL star Tom Brady and supermodel Gisele Bundchen were set up on a blind date by a mutual friend, which doesn’t seem so unusual. But here’s the crazy part: neither had heard of the other one, and the friend thought they’d be a good match because they looked like twins. What sounds creepy is actually backed up by science: according to research reported in the July 2010 issue of Personality and Social Psychology Bulletin, we are attracted to people who resemble our parents or ourselves. Once Tom broke up with Bridget Moynahan (who was pregnant with his baby at the time), Gisele agreed to meet Tom for a date in New York City. Although many rumors have swirled over relationship troubles between Tom and Gisele, they’ve been married since February 2009 and have two children together.

Men, take note: instead of bragging and mansplaining to women, act like an idiot and ask a woman for help, and you might just get a date (or a wife!) out of it. In 1982, comedian and actor Ray Romano was working at Williamsburg Savings Bank in Queens, New York. Ray tried hitting on two of his female co-workers, to no avail. But then when he flirted with Anna Scarpulla, it worked. Apparently, he used the pick up line, “Hi. Do you know how to sign off the computer?” They started dating in 1984 and got married three years later. Talk about the most un-celebrity way of meeting a future celebrity!