9 Celeb Couples Who Will Definitely Split In 2015 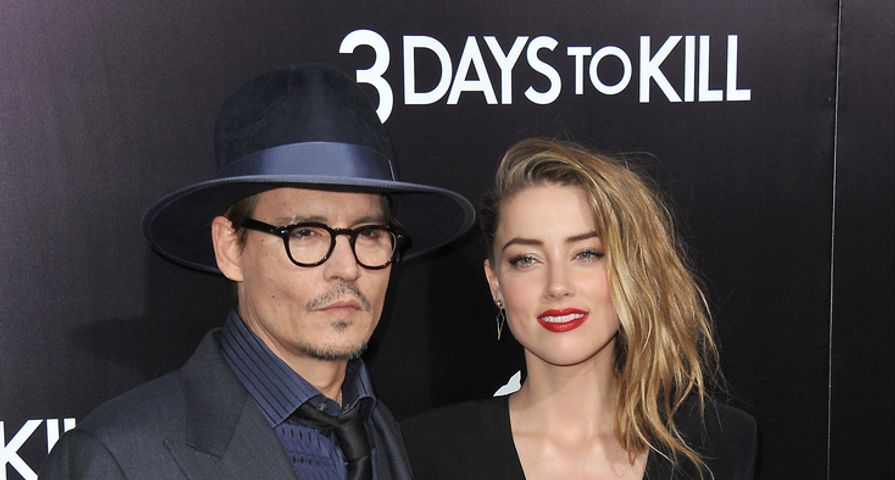 There have been many breakups this year. Some of them were expected while others came out of the blue. We expect many more breakups next year. There are some that we definitely won’t be able to predict; however, there are others that we are totally expecting. Many of these couples have been having problems for a while and have let the media know that things aren’t working. Others have tried to be more discreet about it, but we’re onto them! Here are 9 couples who will definitely split in 2015. Vote to let us know which ones you think will make it or break it!

Since splitting from Lamar Odom, Khloe Kardashian has been rebounding. She was first linked to Matt Kempt and, when that ceased to be a thing, she got with French Montana, who was pretty unknown prior to his relationship with the reality star. These two have been dating on an on-off basis all year. They broke up for a bit this past September; however, they have since patched things up and have picked up where the left off.

Things aren’t really that serious with French. Khloe was pretty hurt by Lamar and she’s obviously looking for a distraction and he just happens to fit the bill. On “Kourtney and Khloe Take the Hamptons,” she admitted that, if she could have things her way, she’d still be married to Lamar. We think things will cool down between Khloe and French next year. This is only a rebound relationship meant to help her mend her broken heart.

Ryan Gosling and Eva Mendes reportedly broke up last year. Most people were pretty relieved. No one liked these two together. They seemed like such an odd couple. Most people would prefer if he just got back together with Rachel McAdams – us included! It looks like Mendes had other plans. While they were on a break, she somehow managed to get pregnant with his child, which kind of forced them to get back together.

Gosling and Mendes welcomed their daughter, Esmerelda, into the world this past September. Since the baby was born, these two have not been spotted together and, in interviews, she has talked about the child as though she is a single mother, raising her alone. She doesn’t really mention him or their relationship. Something tells us that these two only reconciled because Mendes was with child. We said they’d break up last year and we were right. This reconciliation for the sake of their daughter can only last so long. These two are definitely headed for another breakup.

LeAnn Rimes wants us to believe that everything is fine with her and her hubby Eddie Cibrian. She wants everyone to believe that they are soul mates who are meant to be together until the end of time. It is no secret that both she and her out-of-work actor husband both cheated on their significant others together back in 2009 when they met on the set of the made for TV film, “Northern Lights.” While Rimes is obviously committed to her marriage, many people don’t believe that he feels the same way.

Many people believe that Cibrian would cheat on the award-winning singer and some believe that he already has. Rimes is allegedly aware of his philandering – she just chooses to ignore it. While it does seem that she honestly loves him, we really think he is only in this marriage for the money. Eventually she is going to have to face up to the fact that her husband is a user. Either that or he will finally leave her.

Teresa and Joe Giuidice’s relationship is about to really change. She will be heading to prison this January to serve her 15-month sentence for fraud. He will be at home with the kids. Once she has served her time then he will serve his 41-month sentence while she looks after the family. Something tells us that this kind of time apart won’t be good for their relationship.

These two might be committed to each other right now, but we think that as soon as Teresa starts serving her sentence, their marriage will begin to crumble. He will be drinking and cheating on her with their nannies and younger coeds he just happens to meet. She won’t be able to do anything about it, but that doesn’t mean she won’t end the marriage. By the time Joe goes to start serving his sentence, this reality TV couple will just be another statistic.

Sean Penn and Charlize Theron seem like such an odd couple. She’s so icy and he’s so angry. Their relationship came out of nowhere. They spent New Year’s Eve together in Hawaii last year and things quickly developed from there. According to his daughter Dylan, he and Theron are great together. She is the only other woman – besides her mother, Robin Wright – who can put him in his place. That doesn’t seem like an easy feat!

The problem with this relationship – and any other relationship with Penn – is that he is a total rage monster. Back in the ‘80s, when he was married to Madonna, his anger frequently got out of control. With Wright, it wasn’t that different except that we never heard anything about him physically abusing her. We can’t see things lasting between Penn and Theron. His rage is bound to get in the way and we expect that to happen in 2015.

Tori Spelling and Dean McDermott’s marriage was seriously on the rocks earlier this year. Over the past few years, the two have been having serious financial problems; she kept getting pregnant; and he was caught having an affair. While a normal woman would have (most likely) filed for divorce at this point, Spelling has tried to use this as an opportunity to make some money while simultaneously trying to fix her broken marriage.

Despite getting marriage counseling, things still aren’t much better between these two. McDermott recently quit his wife’s reality TV show, “True Tori,” because he was tired of being vilified while Spelling has become increasingly more insecure as a result of the cheating incident. She worries about McDermott’s wandering eye and is reportedly considering plastic surgery to help with her self-esteem issues. These two really need to break up. Their relationship is easily one of the most dysfunctional in Hollywood. Sigh. Those poor kids!

Kourtney Kardashian and Scott Disick have been on the rocks for years. She is a homebody who is totally devoted to being a mother and he is a party monster who has difficulty controlling himself when he’s out on the town. Their relationship problems have played out on her family’s reality TV show, “Keeping Up with the Kardashians,” and its many spinoffs. Despite breaking up in the past, these two keep getting back together even though it obviously isn’t working.

We think 2015 is the year where these two opposites finally call it quits for good. They are currently expecting their third child together; however, Disick has been less than excited about having another baby. We figure that once the third child is born, Disick will start sabotaging his relationship with Kardashian again, which will break them up for good. She’ll then get her own reality show, which will focus on her life as a single mom raising three children.

When Avril Lavigne and Chad Kroeger first got together, no one expected it to last. They became engaged after only dating for one month, which is definitely not a good sign. Even though they’ve made it to their one-year wedding anniversary, rumor has it that things haven’t been good between these two for a while. Earlier this year, sources were saying that these two had been fighting like crazy. She was spotted out on more than one occasion partying without her wedding ring and so has he. These two have said in the past that they are not allowed to go to nightclubs without other each other.

Rumor has it that Lavigne and Kroger are currently in the process of trying to decide whether they should end their marriage. Considering that they’ve only been together for just over a year, that sounds rather ominous. We’d be shocked if these two made it to 2016.

Amber Heard and Johnny Depp have been together for a few years. They dated for a couple of years there and have been engaged for the past year. Rumor has it that she is the reason he ended his 14-year relationship with Vanessa Paradis. For a good year, things seemed pretty good between these two. He has been quite open in interviews about how excited he is to tie the knot with her and he has also talked about how excited he was to make a hundred babies with her.

As of late, things have reportedly cooled down between Depp and Heard. Rumor has it that there is trouble in paradise. The age difference between the two – she is 23 years his junior – has presented some challenges and sources told People magazine that she isn’t quite ready to settle down. We bet that Heard will end things with Depp in the new year.