Home » Entertainment » Celebrities » 8 Most Hostile Celeb Splits of The Past 10 Years!

8 Most Hostile Celeb Splits of The Past 10 Years! 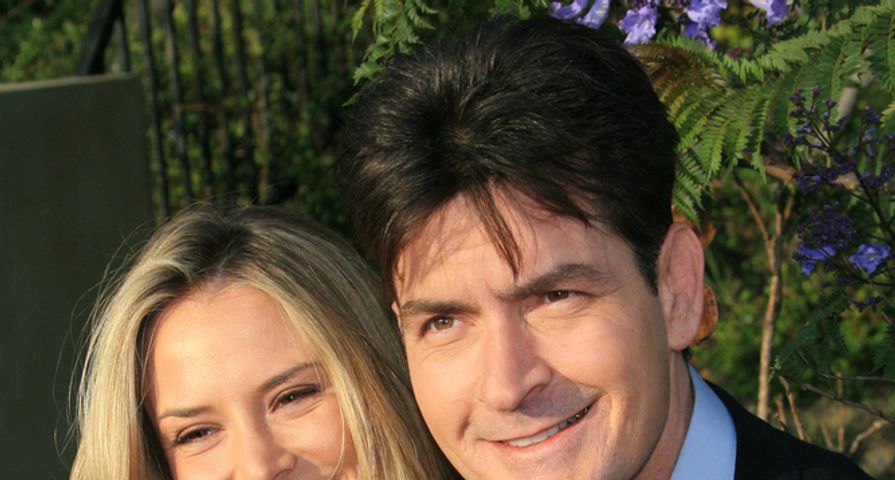 When you think your breakups are awful, think again; there are likely quite a few celebrities that have you beat. From infidelity to differences in religion, there are just as many causes for celeb splits as there are for our own. In the last 10 years, these breakups have been making news:

Kim Kardashian and Kris Humphries were together for just a few months when they decided to tie the knot. The marriage between the basketball player and reality TV star was aired in a four hour event that brought more than four million viewers to their couches. Their nuptials were short-lived as the couple broke up just 72 days later. Kim filed for divorce due to “irreconcilable differences” while her husband released a statement about his devastation. The events leading up to the divorce could be seen on Kim’s reality show. It was not long after that Kim posted on her blog that she “felt like [she] was on a fast roller coaster and couldn’t get off . . . [she] probably should have.” In December of 2011, just weeks after papers were filed, Kris sought an annulment rather than divorce, claiming that Kim was committing fraud for the cameras when they wed. When Kim became pregnant with Kanye West’s child, she became more desperate to settle. In April of 2013, Kim was granted a divorce. It took one and a half years to end a marriage that lasted just over two months.

Pop star Katy Perry married comedian and actor Russell Brand in October 2010. They had met at the MTV Video Music Awards in 2009 and really seemed to hit it off. The couple divorced after 14 months of marriage. Katy says she received a text message from Russell asking for a divorce. Post-divorce, Russell could be heard making jokes about Katy at his shows. He expressed on stage that he thought of other people when he was making love to his wife. Katy has since moved on, claiming “Let’s just say I haven’t heard from him since he texted me saying he was divorcing me December 31, 2011,” adding “I felt a lot of responsibility for it ending, but then I found out the real truth, which I can’t necessarily disclose because I keep it locked in my safe for a rainy day.”

It seemed like a fairy tale when it began. Kristen Stewart met Robert Pattinson on the set of their Twilight films. The couple remained coy about their relationship, keeping it under wraps for months. When Stewart completed filming Snow White and the Huntsman, incriminating pictures emerged of Kristen with the film’s director, Rupert Sanders. The 22 year old actress released a public apology to Robert, who immediately moved out of their home. The couple has been on and off since, with a fight erupting in May that led to another separation. Robert and Kristen have not been the same since the steamy photos were released. When asked about the state of their relationship, Kristen said “I’m going to just let people watch whatever little movie they think our lives are.”

5. Taylor Swift and Everybody

Listen to just one of Taylor Swift’s songs and you will hear lyrics about lost love, revenge and hurt feelings all around. The pop singer dated musician John Mayer in 2009, resulting in the song “Dear John” where she said he played “dark twisted games” with her. Mayer called her out, claiming he did not do anything to warrant such harsh words. In October of 2012, Taylor broke up with Conor Kennedy after dating for a few weeks. The latest of Taylor’s breakup was with One Direction singer Harry Styles, after a relationship of just two months. After the breakup, Harry was rumored to have said that Taylor was “too boring.” Taylor’s other exes include Jake Gyllenhaal, Joe Jonas and Taylor Lautner.

Mel Gibson met a Russian singer named Oksana and began what seemed like a whirlwind affair. Although Mel had been married for nearly 30 years to another woman, he had a baby with Oksana shortly after they met. When the couple chose to split in 2010, there was no privacy in sight when Oksana chose to publish phone messages Mel had left for her. In the audio tapes, Mel was racist and vile, saying that Oksana is a “gold digger” among other names. Oksana was also photographed with broken teeth and her daughter was photographed with a bruise. She also filed for – and received – a restraining against

It is no secret that Brooke and Charlie have faced addiction to alcohol and drugs in the past. Now, this past is catching up to them. Charlie has been fighting Brooke about custody since they divorced and Brooke was sent to rehab. After the kids returned from a weekend visit with red welts, Charlie was determined to seek full custody. Charlie Tweeted, “These crimes against my children will be exposed.” In addition to the custody battle, Charlie is in the process of selling the home Brooke lives in for nearly $5 million.

Music fans around the world were shocked when pictures of Rihanna’s face, bruised and beaten, made headlines. Chris Brown was charged with attacking Rihanna, but this was just the beginning of the end. After the relationship, Rihanna and Chris both took to social media to make their points clear. Chris Tweeted “She’s not mine if she’s everybody else’s” while Rihanna deleted all photos of Chris from her Instagram account. Chris finally spilled the beans on a radio show saying, “I can’t be focused on wife-ing somebody that young.”

Eddie Cibrian and Brandi Glanville have had one of the most tumultuous splits in the history of Hollywood. After Brandi found out about Eddie’s affair with Leann, she used every opportunity to slam them in the media. From controversial (not to mention inappropriate) tweets to admitting that she used Eddie’s credit card to splurge on plastic surgery after finding out about the affair, nothing is off limits when it comes to revenge for this “Desperate Housewife.”